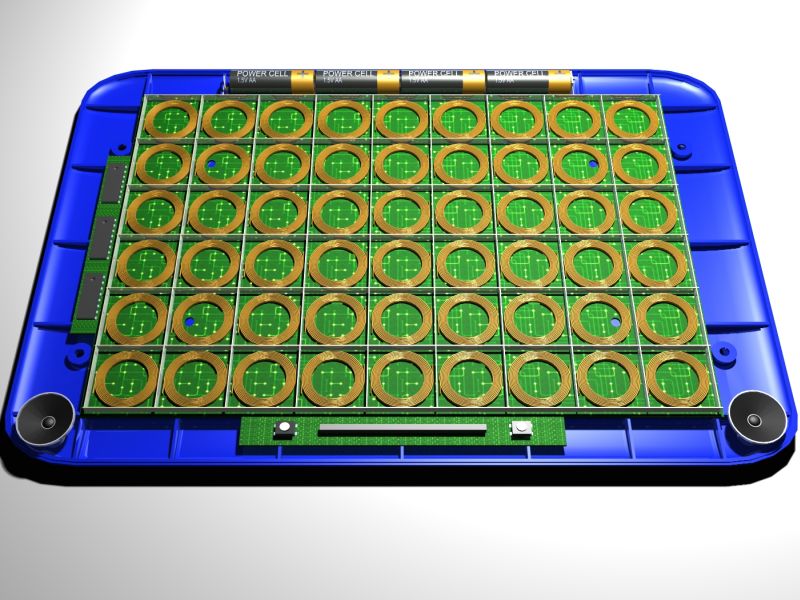 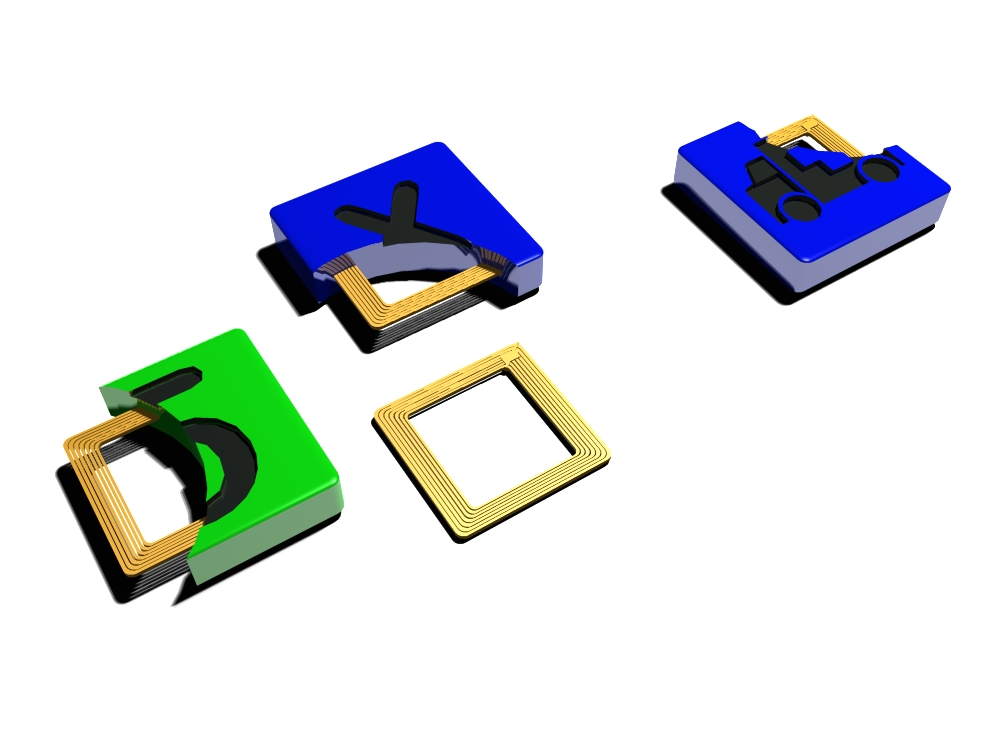 The ABC board is an educational communication aid for children or young adults who have communication difficulties or special needs. To use you simply place a letter, number, makaton symbol or icon tile on the ABC board within the raised grid and press the talk button. The ABC board will then say what you have put down. You can spell words that it will have stored in its memory or if it comes across a word it does not have it will speak it phonetically.

You would also be able to do maths, ie 1+2= ... and the ABC board would speak the sum and give you the answer.

Embedded inside each character tile is an inductance coil of a predetermined value, each specific to a certain character. This makes the ABC board very safe for young children as there are no exposed circuits or wires

On the main PCB of the ABC board there is an array of coils, each of these coils has exactly the same value as each other coil on the board. When each coil is energised it will give of a magnetic field which will react to any other coil placed on top of it. The resulting magnetic interference can be calculated, and when the result of that calculation matches what is stored in memory it will either say the letter or icon on its own, or spell it as part of a word. Any spaces left inbetween words or icons would naturally be considered a pause. When the talk button is pressed the coils on the main board will energise one at a time so as not to cause interference to the other coils.

A thin metal wall acts as a shield and cuts down interference from other coils not directly above the coil being energised and external RF noise.

The ABC board can be used by anyone to get simple messages across, from the very young to the very old.

There are other learning aids out there designed to do roughly the same job as the ABC board, but this is a simple and tactile way of doing it.

Also it could be a lot of fun for parents and adults to play with.

All the technology in this device exists today in one way or another, and although I have limited knowledge of manufacturing processes, I cant imagine it would be that difficult to produce.