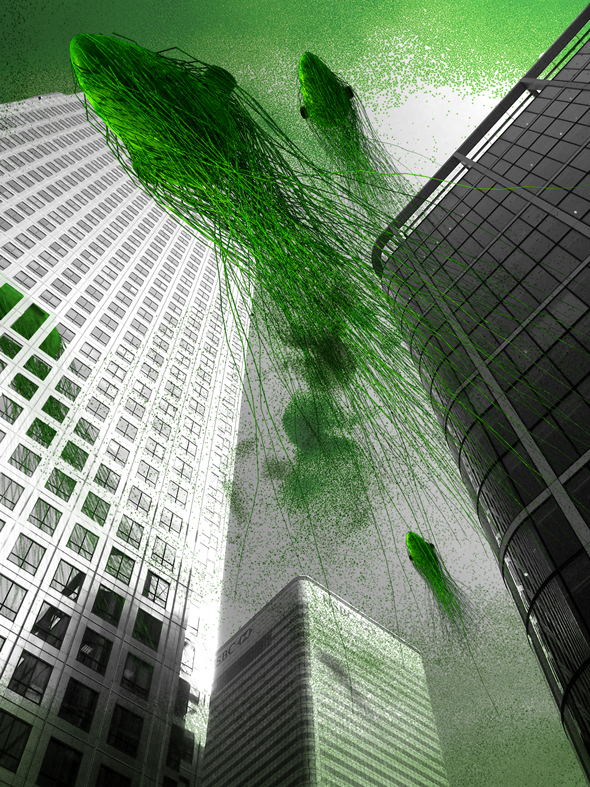 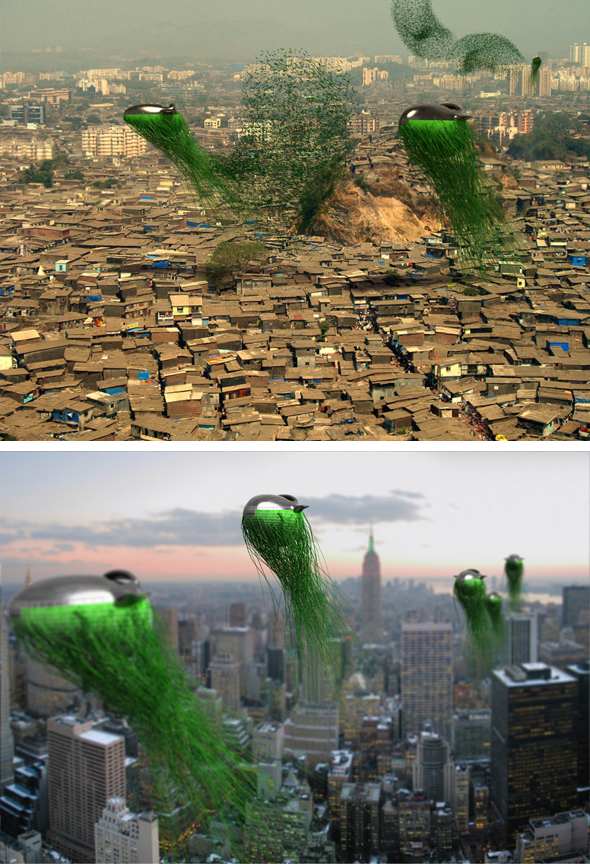 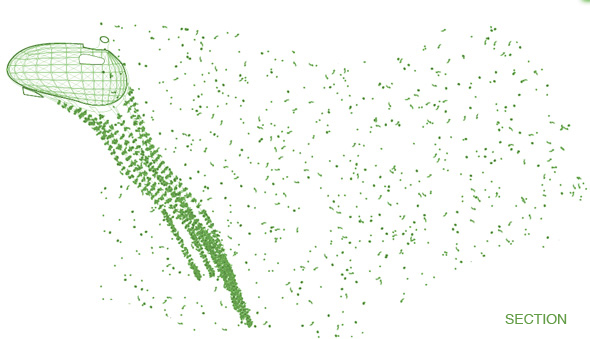 Migrating Floating Gardens is a sketch for a project that predicts the next location for green in urban environments. Historically, urban environments encroached upon outlying wilderness and green was detached from the city. Subsequently green was introduced first on the horizontal plane in the form of parks. Modernity and the development of dense, high-rise construction pushed green to rooftops. Currently, the vertical surface is receiving much attention as the axis for green in urban environments. As the Cartesian axes have all been heavily considered as sites for green, the logical next location lies in non-Cartesian space—floating in the air.

The gardens would be suspended in the air from large remotely controlled dirigibles. Each inflatable craft would house thousands of smaller plants attached to long vines. A family of dirigibles would migrate within a city, moving towards areas where the heat island effect is greatest, and also migrate seasonally, traveling to southern cities during winter months and northern cities during summer months.

Each individual plant attached to the dirigible has attached to it a host of sensors that detect weather, traffic, pollution, noise and other urban data in real time. In addition, each plant is attached to an individual propelled device that allows it to be set free from it’s base. Controlled by GPS and GIS information and organized in flocking patterns, plants move through the city in swarms hydrating, providing shade, and bring oxygen to greenless spaces in the urban field.

Each pod is re-charged via its photovoltaic skin, also charging the individual plant propulsion devices. In the evening, pods return to a base within the city where they can refuel, rehydrate and recalculate the data acquired required for future aerial agricultural aggregations.

The swarming gardens take forms that serve several purposes. In addition to the hyper responsive forms that produce shade or create new environments, advertising can fuel the gardens presence in the skies, replacing sky writing, blimps and banners pulled by airplanes, creating a more dynamic, three-dimensional and ecological aerial media.