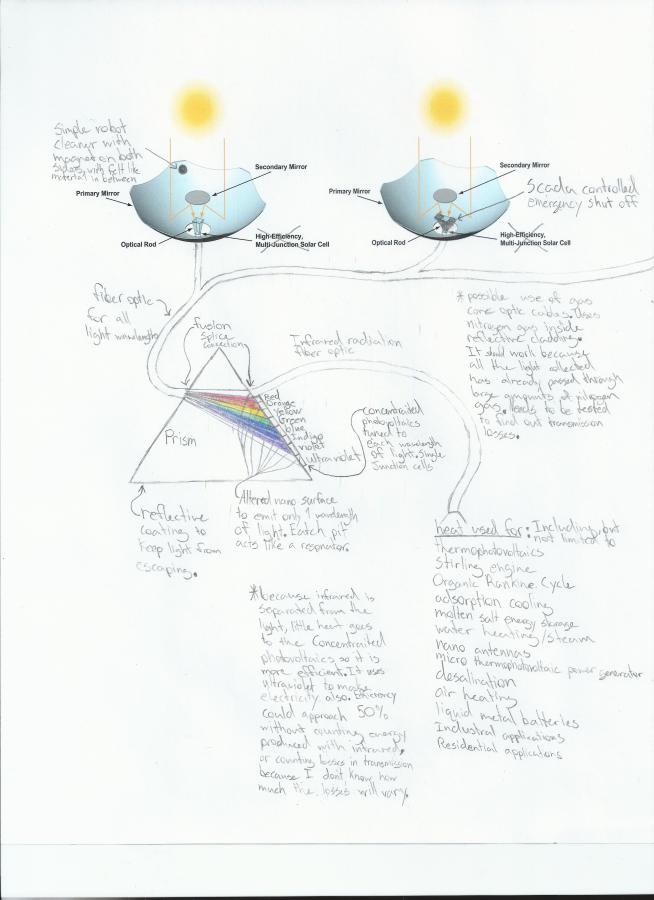 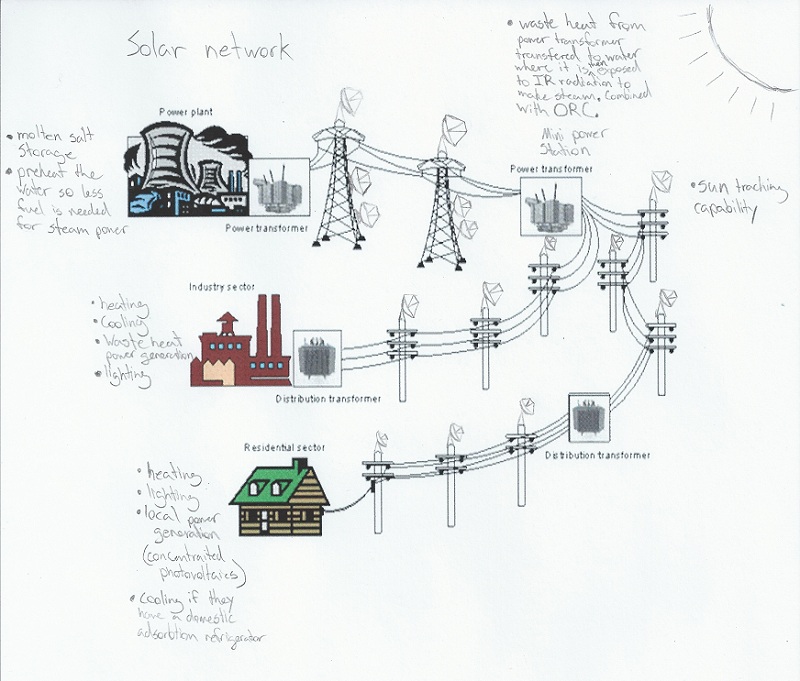 1. The need for renewable power source that is cost competitive with oil, natural gas, and coal.

2. The sheer versatility for each potential location. Local production of electricity. The ability to harness the whole spectrum of the sun power, and Jevons paradox

3. They don’t have my vision to create a solar power network world wide transferring energy at the speed of light. The network will still be able to function with partly cloudy conditions. . The competition doesn’t utilize the whole spectrum of light so they are less efficient. I also will use different types of concentrated photovoltaic cell (single junction) tuned to each of the wavelengths of light emitted from the prism nano-structure surface. I also came up with my own light distribution optical cable capable with a gas core using nitrogen gas and reflective cladding around the core and insulation around the cladding. Rather than using a fiber which can be expensive and may not work for all light wavelengths. The light that is concentrated with the parabolic reflectors has already passed through large amounts of nitrogen gas in the atmosphere, so I don’t see why it cant be used as a transport medium for light.

4. The parabolic dishes would be mounted to the top of telephone poles and transmission lines. The network of lines will lead to the customers and the power companies where we can store the heat energy in a thermal fluid to preheat the water so they can use less fossil fuels to super heat the steam. Because we also generate power locally during peak power demand less power is needed from the power companies, so there are less green house gas emissions.

5. The market potential is every major and developing country, industrial and residential. if proven safe, successful, and cost competitive.

6. The parabolic mirrors track the sun concentrating the sun down an optical cable network where the high intensity light can be distributed for power generation to make money immediately and over time acquire customers (residential and industrial) that connect to the network for heating, cooling, and lighting. The network is controlled by scada with sensors in the network to detect problems to be fixed.

8. The production cost can start small in specifically targeted locations, then money from power generation can be used to expand the network because the energy source is free.