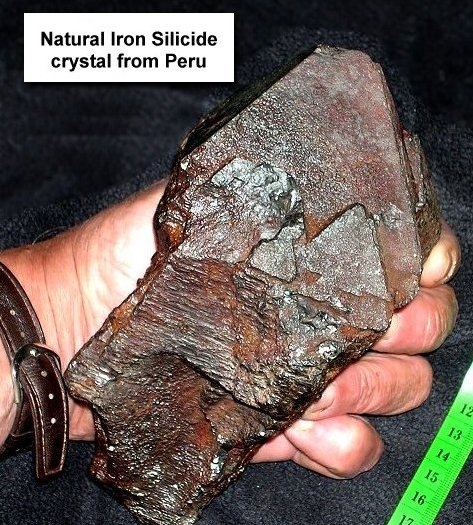 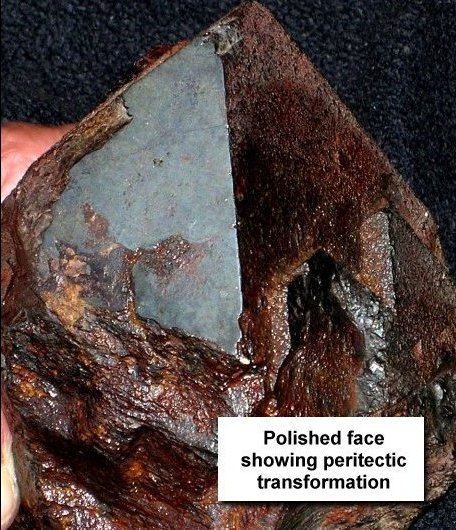 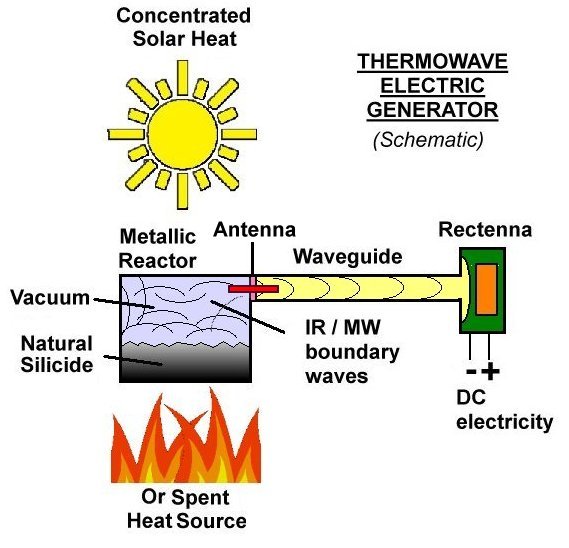 In the mid 80's we found in Peru a new material with interesting contents of Gold and Platinum Group contents that had metallurgical difficulties, only to find after long time that such contents were in the form of silicides in the crystal structure of naturally occurring Iron Silicides in hard rock ores and black sands.

Silicon as an energy material is quite versatile. It burns in Oxygen as well as in Nitrogen generating heat without generating gases. It can be chemically acted to generate Hydrogen from water and inert byproducts with further industrial use.

The difficulty of producing Silicon resides in the enormous amount of energy (about 12,000 Kwh/t) required to obtain it by Carbon reduction, from its most common oxide, Silica. Obviously, a natural material where silicon is in the metallic state makes this energy source economically viable. Natural silicides have been historically overlooked by chemists and mineralogists for almost a century, until research in meteorites and the finding of natural silicides as ores in places as diverse as Peru, China, Ukraine, Germany etc. indicate that the resource maybe quite abundant globally. Silicides are always linked to very old, mostly Pre-Cambrian geological scenarios and is linked to some massive Iron ore formations.

On the other hand Silicon, a poorly known element, has been the subject, because of the electronic industry needs, of extensive research in the last 15 years. It is the prime material for solar cells and its disilicide is a promising thermoelectric material.

Silicide ores can be mined by conventional means, concentrated by simple magnetic, hydrometallurgical and physical ore dressing methods. It can be refined chemically at low energy requirements and be an energy material for the future.

Apart from the well known possibilities of Silicon to generate Hydrogen (by chemical action) and heat (by burning) a phenomenon we have found is that when natural silicide ore (a single crystal of peritectic differentiated Iron silicides) is heated it generates waves i.e. We are saying that trapped electrons in the crystal lattices of the ore, a consequence of radioactive decay and cosmic rays, during extensive time periods, become activated by heat generating waves. Such wave emission seems to park between the thermoluminescence and thermoelectric effects and can probably be collected and rectified to direct current by elements such as rectennas.

Resuming, Silicide ores should become a geological target since both as a direct energy material or as a mean of obtaining cheaper solar cells, will not only save energy but reduce the generation of noxious gases in the current technology. Cheaper Silicon would also mean a short cut to Hydrogen economy, as well as a cheaper ammonia production.

In this respect, Silicon ores could become the best substitute for Hydrocarbons and Coal.