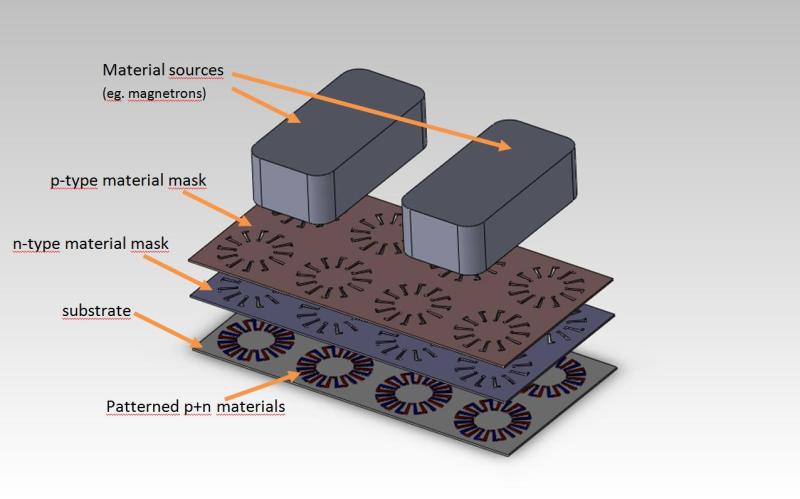 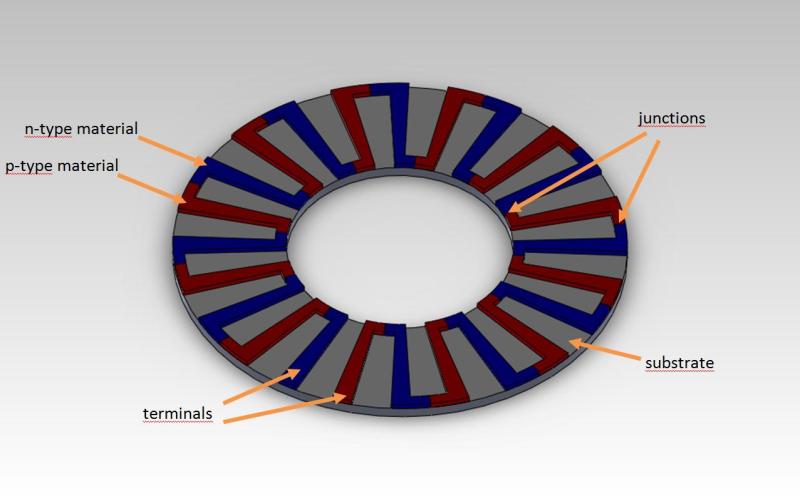 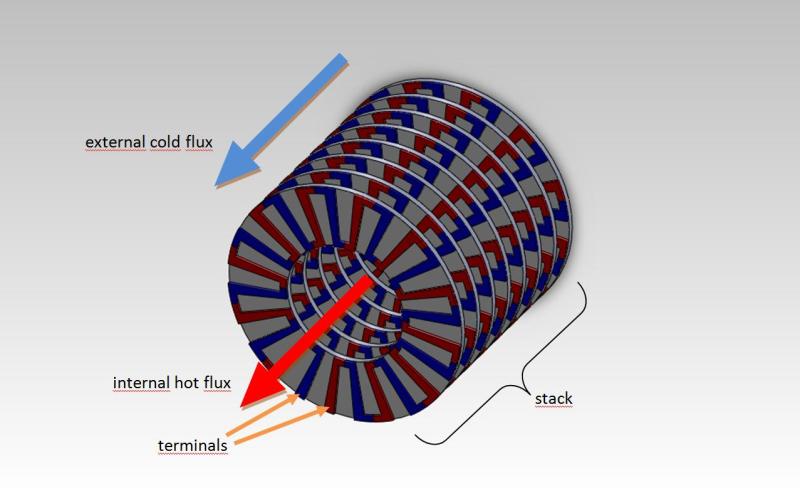 The thermoelectric effect is a reversible effect that allows the direct conversion between thermal energy and electric energy, without any intermediate step. This effect plays a key role in sensing, in generating electricity and cooling. The first examples of thin film thermoelectric devices are currently entering the market.

My proposal is to use vacuum deposition techniques and direct patterning in the production of thin film thermoelectric devices.

The word "patterning" means the geometric replication of a graphic element on a surface. This could be achieved with subtractive technique, by removing the features in excess, or with additive technique, therefore obtaining the direct patterning.
This process can be realized straightforward in vacuum, without intermediate stages by mean of direct patterning. Higher volume production, simpler process, lack of toxic chemicals and lower amount of material required are all strength points of this promising technology.

The working principle is based upon a mask, interposed between the material source and the substrate. The mask has to adhere to the substrate, so only the uncovered areas could be coated. In figure 1 you can see a simplified layout showing the relative position of items involved:

-->material source: depending on the technique used you can have magnetrons, evaporators, plasma spray guns...
-->masks: used once at a time, firmly placed and aligned on substrate. A different mask is needed for every material involved.
-->substrate: the place where materials coming from source will form a patterned thin-film layer. The substrate material can be ceramic, composite as well as polymeric. At the present time several samples have been successfully fabricated on a polymeric substrate.

Figure 2 reports one single thermoelectric element made with this technology, and figure 3 shows the arrangement of a basic thin film thermoelectric generator on a tube shaped stack. The inside of the tube is in contact with an hot fluid, while the outside is cooled. The terminals of single elements may be connected in series/parallel to get more voltage or current.

The fluid could be heated via any heat source. For example can be heated with solar energy and then stored, so this system would be capable of generating electricity also in the night hours. This could be a big step in emerging countries as well, where a simple, cheap, motionless electric generator can help to bring a better life.