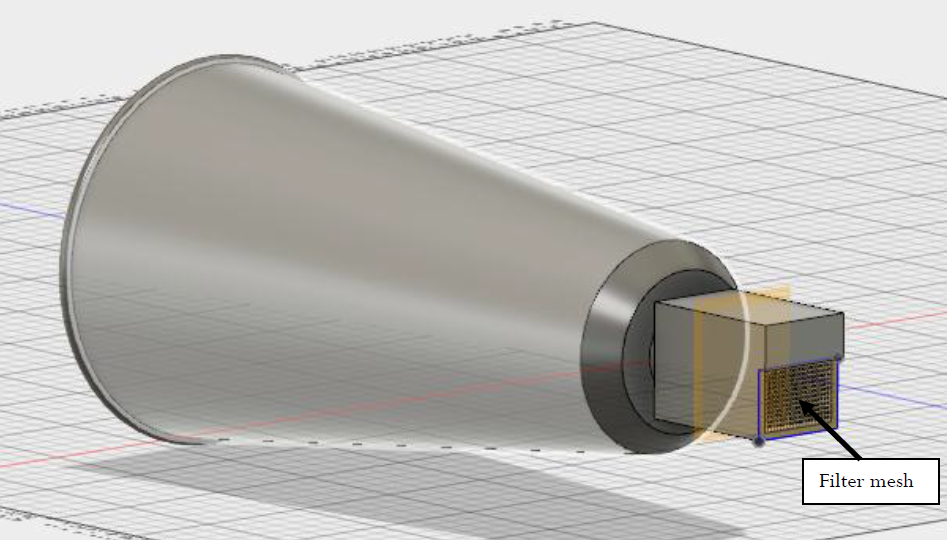 PROBLEM-Space debris
The term space debris is the collection of defunct man-made objects in space. Their population increase in an exponential manner according to the Kessler syndrome. Eventually the increased space traffic will make it impossible to launch any space vehicle. The Magneto is a space debris cleaner, deployed in the orbit of the debris. It captures the fast moving debris, slows it down and transfers it to the lower earth orbit (LEO), where the debris can degrade due to the atmospheric friction.

WORKING
The Magneto is placed in the orbit of the debris with the open mouth of the cone facing the incoming debris. The debris location is determined from the earth. As the debris approaches the Magneto, the proximity sensor at the mouth of the cone activates the electromagnets which in turn increase the viscosity of the MR fluid. The speed sensor calculates the momentum of the debris piece and adjusts the viscosity of the MR fluid such that the debris just reaches the end of the cone and stops there. The kinetic energy of the debris is consumed in overcoming the frictional losses caused by the MR fluid. The oobleck also helps in absorbing the impact energy of the debris. At the end of the cone the magnetic field is reduced and we have debris suspended in the fluid which can be filtered out using a pump and a filter assembly as shown.The pump sucks the fluid along with the debris through the filter and redirects the filtered fluid back into the cone using pipe connections, leaving the debris into the filter. The energy demand of the pump and the electromagnets are covered by the solar panel. The filtered debris is then carefully transferred into the earth’s atmosphere for degradation using transfer vehicles as shown. The debris from the filter mesh can be scratched using robotic arm or a brush.

POTENTIAL BENEFITS
The magneto can be a potential idea in tackling the problem of space debris by making the space more clean.