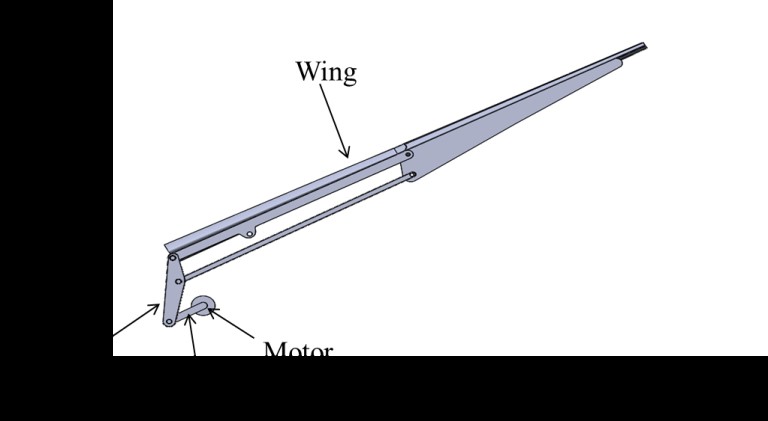 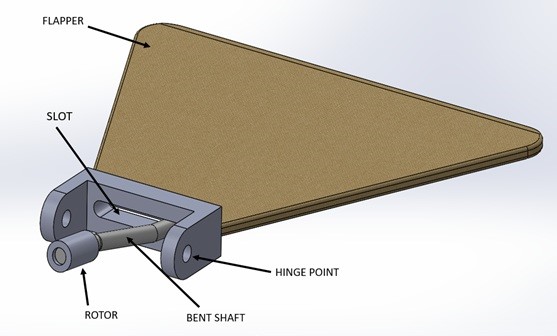 The report deals with the concept of using flapping wing as a mode of flight for light unmanned aerial vehicles. Using biomimetics, the study of a bird flight is made followed by the design proposal which mimics this bird flight mechanism. A detailed calculation is then made for calculating lift and thrust produced by a single wing including the benefits of diffuser lift provided by the unique wing design. Finally, the kinematic, aerodynamic and dynamic equations of motion are derived for the rear flapper.

Another means of reducing the negative lift generated during the upward stroke is by making use of diffuser type entities combined with a NRV (Non-Return Valve) type arrangement on the lower side of the wing. This basic idea comes from studying the bird flight where the feathers on a bird’s wings open up, creating gaps in between to facilitate air to leak through them and hence restrain the formation of the negative pressure gradient across its wings and thereby the negative lift generation is safely avoided.

So in order to reduce power consumption during such cases ornithopter is provided with an oscillatory propulsion system (Rear flapper) that just by oscillating tail like a fish will provide sufficient thrust force at lower power consumption.