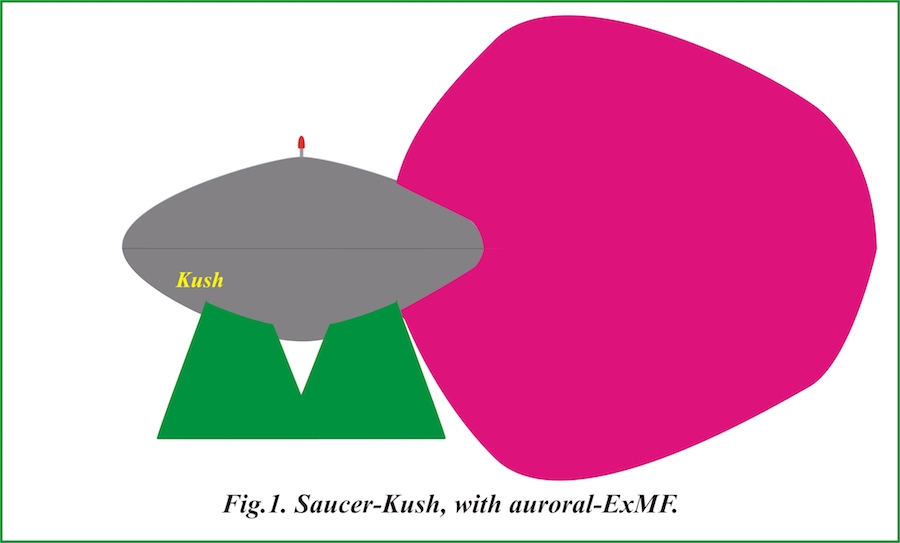 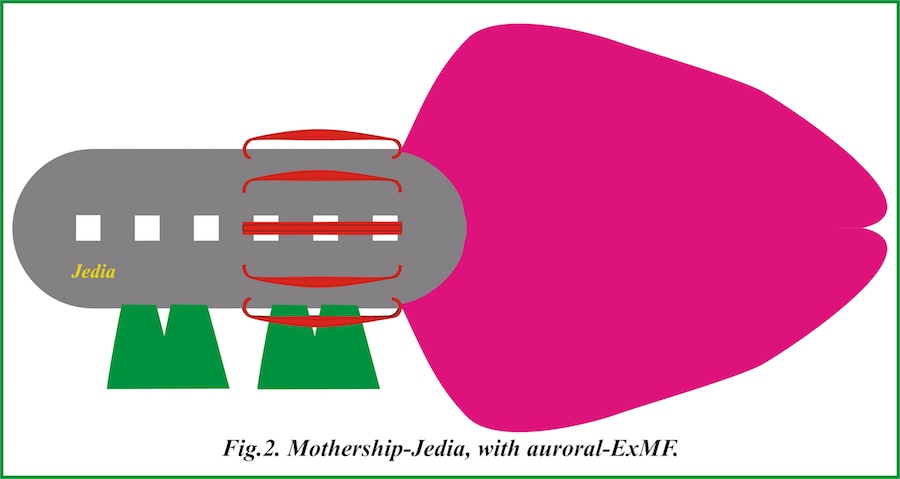 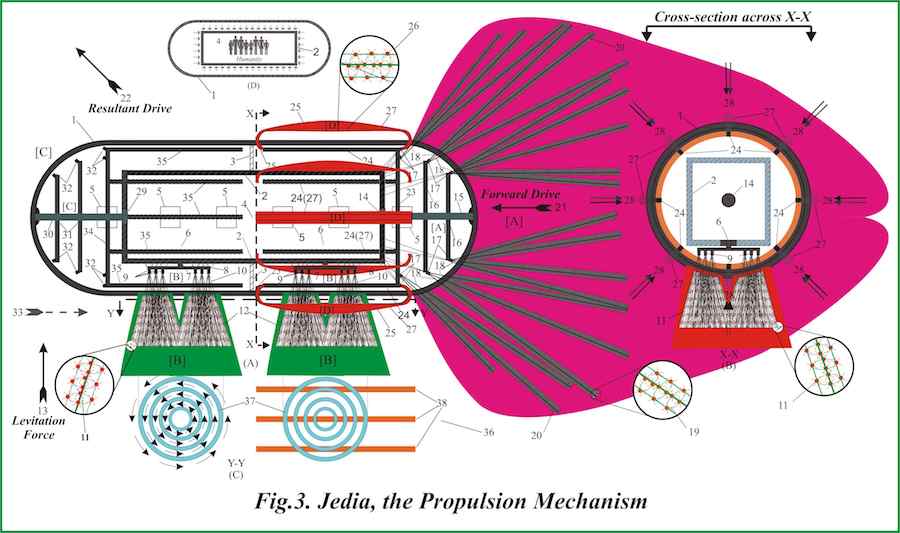 The Saucer-Kush and Mothership-Jedia, shown in Figs.1&2, are a New Flying Object (NFO) propelled by the External Magnetic Field-Propulsion System (ExMF-PS); based on the Universal Energies (UE), derived from the new fundamental physics (http://exmfpropulsions.com). The detail characteristics of Jedia mechanism is shown in Fig.3, it consists of external bismuth 1 of the propellant mechanism, and an internal ferromagnetic protecting structure 2; both linked by beams 3, axels 14 and 27.

The driving, ascending, brake and stability forces are shown in Fig.3; where [A] is the ExMF Driving force (FExD) [B] is the ExMF Ascending Force (FExA) or levitation Force (FExL), [C] is the ExMF Brake or Reverse force (FExB or FExR) and [D] is the ExMF Stability force (FExS); these forces are applicable to Kush except the stability force [D]. Each mechanism contain a set of motors, attached with solenoids, producing Rotating Low Magnetic Field (RLMF), penetrating the bismuth and interacted with space electrons, ionized electrons (or protons), or electrons indirectly injected from internal charge particles accelerator such as Van de Graaff accelerator, the interaction produced intense ExMF, it also generates intense aurora light; the ExMF interacted with the bismuth to produce momentary translational force, to propel NFO according to one of the above systems.

As an Alternative Renewable Energy (ARE), the ExMF-PS is environmental friendly, greatly reduce fossil fuels, and capable to generate enormous amount of energy, therefore, Mothership-Jedia can transport thousands tons of loads of freight and people, it will shorten Mars journey to hours, and make space exploration imaginable dreams; this enormous force can divert hazardous materials like asteroids from colliding with Earth, and remove carbon dioxide from atmosphere; and since ExMF-PS represents, 1) a new energy production method, 2) carries no propellant, and 3) can attain the ultimate transit speed; therefore, NFO is an ideal propulsion, which materialize NASA’ conditions for breakthrough in propulsion physics; and since ExMF-PS is intended for the welfare and prosperity of humanity, hence, this should be the essence behind its production.