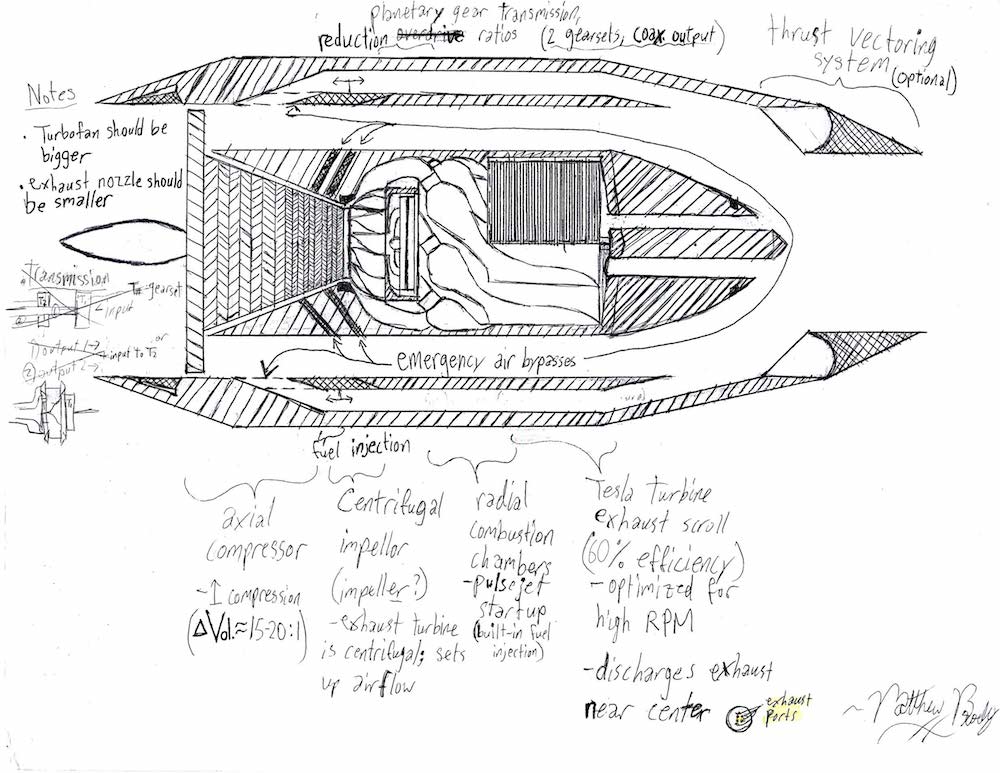 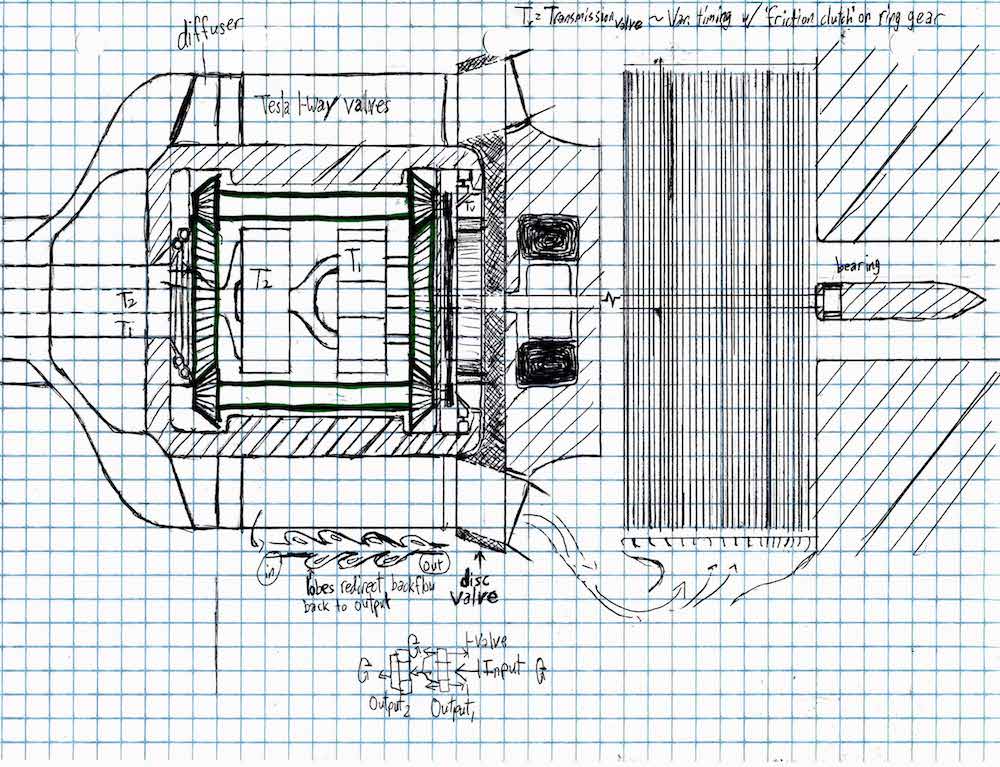 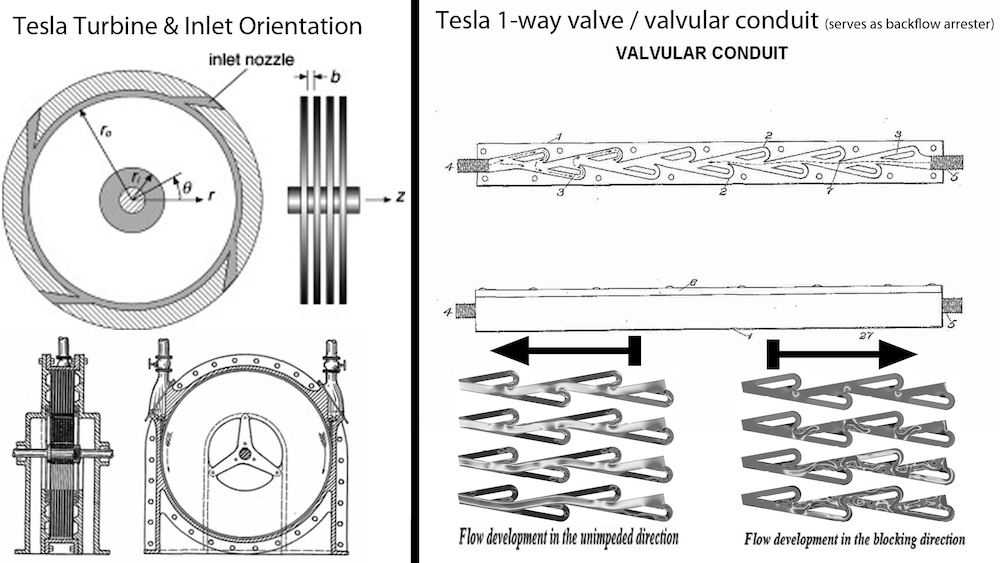 The Tesla Turbopulsejet is a (hypothetically) low cost, highly efficient and compact jet engine, using patents and inventions from 20th century inventor Nikola Tesla, as well as the use of pulse jet engines. The pulse jet aspect improves combustion efficiency by doing combustion in pulses, reducing fuel consumption over time.

A typical jet engine exhaust turbine can't handle pulses all that easily, so the exhaust scroll of choice is the Tesla turbine, a centrifugal turbine consisting of a series of perforated discs mounted on a drive shaft, powered by tangentially shooting air in between the discs. Estimates are that Tesla turbines are roughly 55-60% efficient under load, but have an inherent low torque output since they are bladeless. Their forte is high efficiency at high RPM, and they can handle pulse detonation. To compensate for low torque, the turbine's output is attached to a 2-stage planetary gear transmission, featuring coaxial outputs. The first planetary gear set drives a rotating disc valve and the compressor scroll. The outputs from the planetary gears then drive the sun gear of the second gear set, which drives the turbofan at the front, which is optional and may be absent for some variants of the engine.

The pulse jets are controlled via the rotary disc valve, which is another disc with perforations, this time out towards the periphery (Tesla turbine discs are perforated towards the center) and are inline with the inlets to the pulse jets. As it rotates, it allows some jets to fire and creates low-pressure conditions for exhaust particles to ignite the new fuel-air mixture. Tesla valvular conduits prevent air from backing up and creating resistance in the compressor turbine. The rotary disc valve is not directly connected to the transmission- there is an intermediate planetary gear initially set to a 1:1 ratio with the planet carrier and planetary gears 'locked'. Variation comes from friction with the planet carrier (reduction) or power input to the carrier and sun gear (slight overdrive). This allows for improved timing in different conditions.

The components in the front are not that different from a typical jet engine, except the output of the compressor turbine scroll is where fuel may be injected, as to better atomize, emulsify and vaporize the fuel, although direct injection into the pulse jet chambers may be safer. There is an impeller similar to the intake scroll of a turbocharger that routes the air from the compressor to a diffuser. This pushes the compressed air around the transmission enclosure, which can cool the transmission units.

There is also a low-resistance alternator inside in case the pulse jets need the assistance of some spark plugs or in case any platforms using this engine need a supply of electricity.

The design seems complex, but I've done my best to simplify it without an engineering degree. Sorry if some details aren't clear.