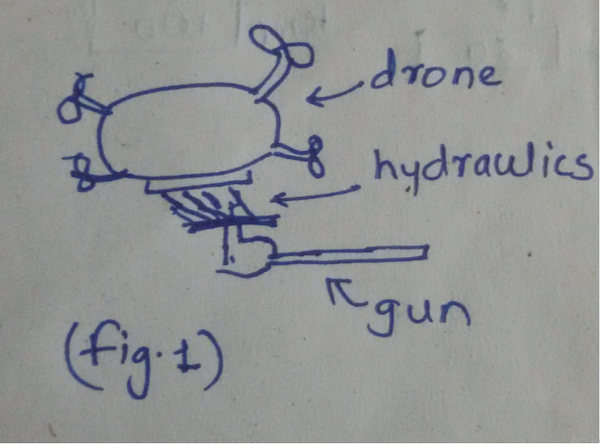 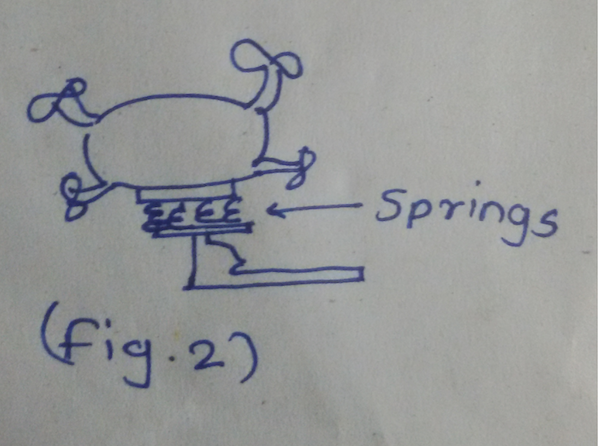 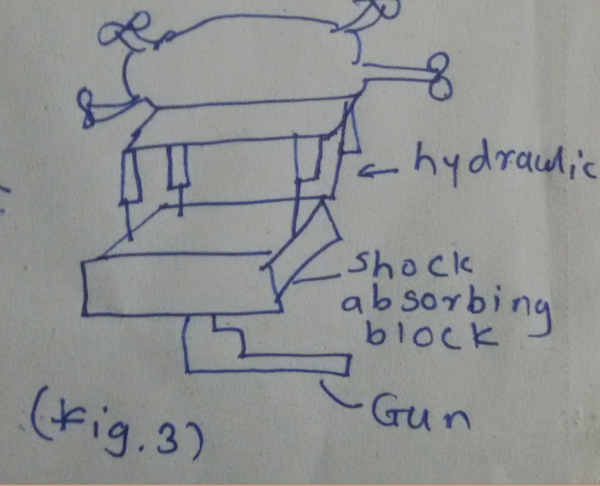 My Idea is about a drone with rifle. Some areas where for surveillance or any place where terrorist are present we can send this drone. Major 2 concepts to consider: recoil of gun and how to recognize face. Recoil surely imbalances the drone. So there are two ways to avoid this: [1.]By using hydraulic cylinders bed. [2.]By using spring bed. In first technique, (fig.1) by using few small hydraulic cylinders we can avoid backward movement of gun. When gun is fired shock is absorbed by hydraulic which negligibly affects drone’s stability. [2.]Using spring bed(fig.2), similar as hydraulic, spring bed will also absorb shocks where only the springs gets vibrated but drone remains as it is.

Now how to detect face? Camera can be used near gun point. Here we can use similar tech which is used in smartphones cameras. Square will appear on face. Now as the distance increases size of square will shrink so we have to displace gun (change direction of drone) with only little angle which ultimately becomes large angle toward target due to distance or if the square becomes bigger we have to displace gun by large angle. We have to adjust position of drone until we get face detected square at center of screen. So gun can be fired.

We can keep drone stationary and change position of gun by controlling shock absorbing bed position. For this we can use simple mechanism of four hydraulics (fig.3). By adjusting this hydraulics at corner of square, different positions of gun can be obtained. Also many enhancements are possible in design and techniques used. This project also have very wide scope for future enhancement. Thank you.