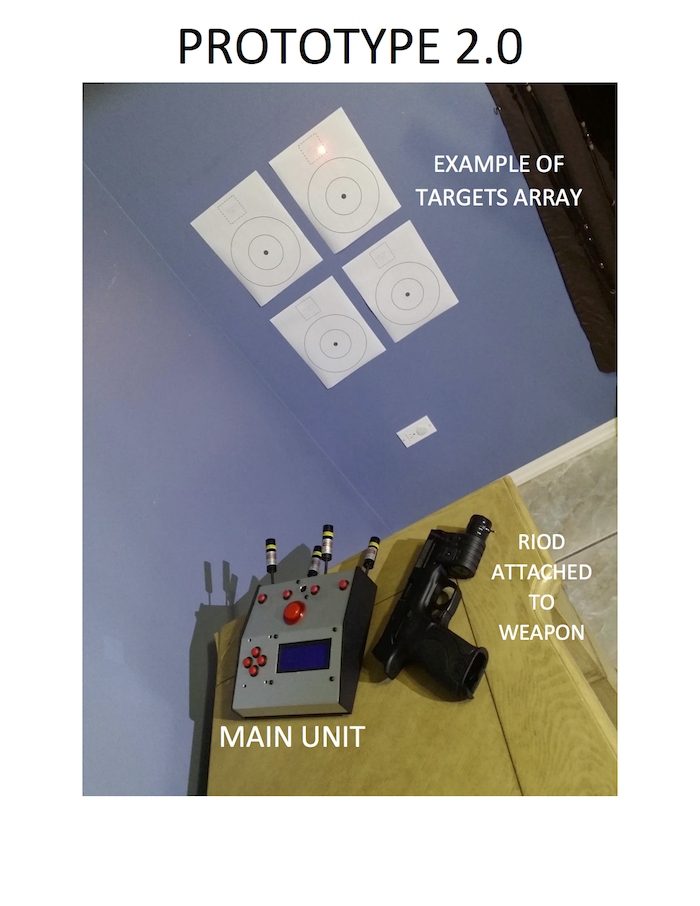 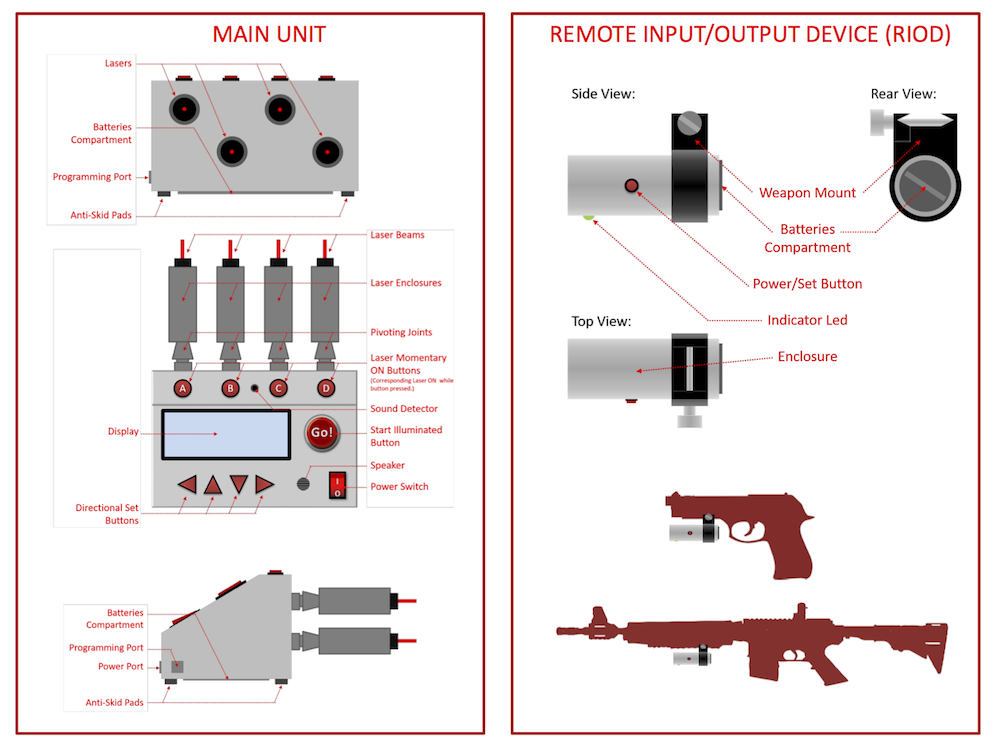 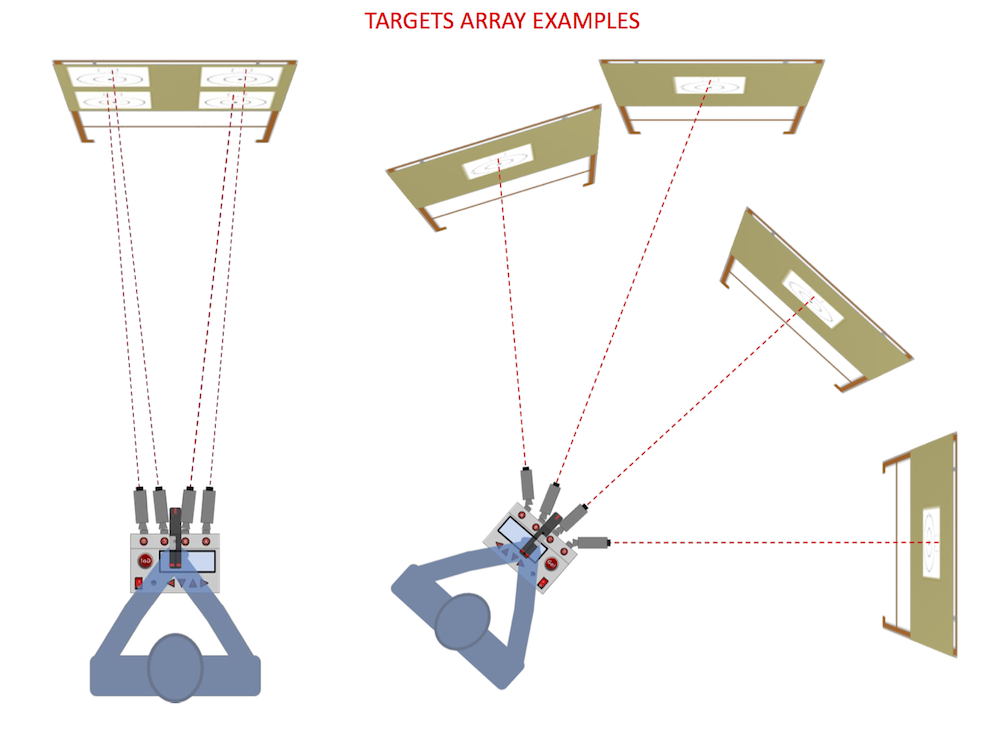 This invention relates to the field of Tactical Shooting skills development and measurement. Specifically, the invention consists of a device that laser-points targets in a random sequence. The targets will automatically change each time the device detects a new shot, thus generating an arbitrary series of marks for its user to shoot.

Presently, there are many known methods for target shooting training to develop and improve rapid target acquisition and random target acquisition skills. When using real ammunition, they are:
• Mechanical moving targets
• Shooting of living creatures
• Unique symbol targets (each target has a unique symbol and a second person tells the shooter the symbol corresponding to the following target)
These existing methods have one, or more, of the following limitations:
• Require large, heavy and space-consuming equipment
• Cannot be used in indoor shooting ranges
• Require the sacrifice of living creatures
• Require the assistance of another person
For skills that are measured in fractions of a second, not one of these methods is precise or reproducible enough to give a sufficiently accurate, objective and comparable measurement of the performance.
This invention, thus, seeks to facilitate such a method, without the aforementioned limitations and with the following advantages:
• Portability
• Reproducible variables between training sessions
• Low cost
• Simple implementation; a typical electronics production line could manufacture the device

The invention consists of:
Main Unit - An electronic system in an enclosure with a determined number of pointing lasers attached to it through pivoting joints that allow them to be aimed individually.
Remote Input /Output Device (RIOD) - An optional accessory that attaches to the firearm and detects the shots by their ensuing vibration.
During normal operation, the user will place the Main Unit on a stable surface, perform the configuration, aim the lasers at the targets and, if applicable, attach the RIOD to the firearm. After giving the start signal to the device, one target will be laser-pointed at random. The user will shoot the pointed target and, immediately after, the pointed target will automatically switch by detection of the shot, and so on. At the end of each training session, the device will provide the user with the achieved performance data so he can measure his progress.

The laser-switching method could be:
By Sound (RIOD not required) – The pointed target switches when the Main Unit detects the shooting sound.
By Signal from RIOD – The RIOD, attached to the firearm, detects the firearm’s vibration when fired and sends a signal to the Main Unit. This method has advantages. For example, if several people are firing in the same place, like in a shooting range, external noises won’t interfere with the device.

Markets that could benefit from this are civilians, ARMY, police departments, and countless others federal agencies, by allowing their members to have a more robust and inexpensive method of training, while measuring their performances. This will increase public safety and security, reducing injuries and saving lives and money.