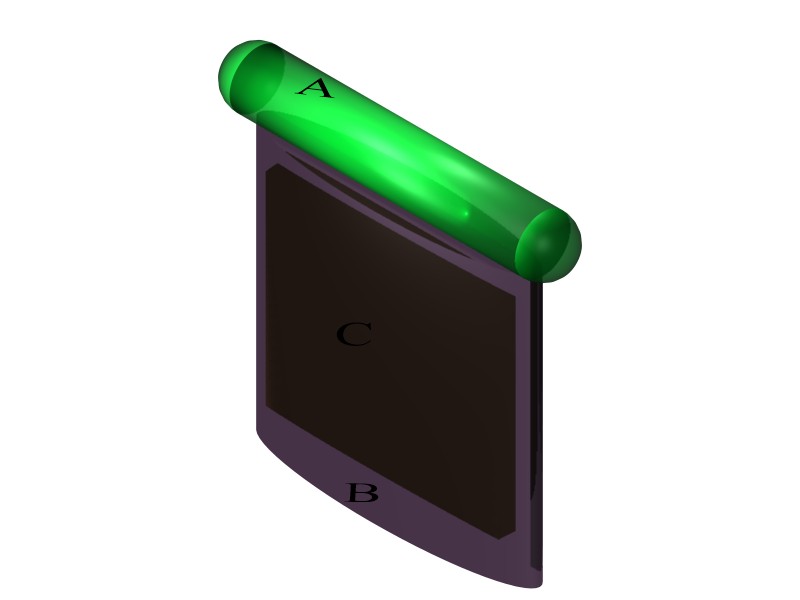 In order to provide additional protection to warships from submarine and mine attack, a perimeter barrier comprised of submerged “panels” is proposed. A collection of panels creates an underwater wall that is intended to intercept and detonate the enemy warhead using their own explosive force.

A “panel” is envisioned as encasing scrap metal (c) inside a hydrodynamic shaped keel (b} which is suspended from a flotation device (a). Several panels can be towed at a time by a semi-autonomous vehicle which maintains a station-keeping position away from the warship. The panels are expendable for intercepting torpedoes and mines. Simple sensors along the floatation devices and tow ropes can detect a breach by surface vessels.

Once deployed, numerous groups of panels track the warship maintaining a relative position. A basic autonomous deployment could be to form a perimeter underwater wall around a single vessel. Tactical controls are possible implementing pre-programmed defensive shield formations or directed positioning.
By creating a submerged wall as a perimeter defense lives can be saved and minimize damage to a warships hardened hull by sacrificing scrap metal. Torpedo and mine threats can be minimized at the fast moving speed of an armada. Having an underwater perimeter wall that morphs to the formation of the flotilla provides additional protection against underwater threats.

Other militaristic uses could use panels’ deployed en-masse to create fields of debris, clogging harbors or damming river outlets. Costs are minimized given use of scrap metal ( re-purposing shipping containers is a good source).

The proposed submerged wall is novel in that the perimeter is relative to the warships position and provides a passive protection. This enhances a system of detection and protection that may be subject to human error. This concept is applicable in the theater of naval war so that market potential is ever present, but the primary goal is to save lives and equipment.

The military would be the sole producer and consumer for this product. The particulars would be defined by mission requirements. Key features would be semi-autonomous control of towing pods to create formations and tactical patterns. Storage and towing of racks of panels could be compartmentalized into stand-alone barges for deployment as needed. The manufacture of the panel is to encapsulate the scrap metal within a standardized waterproof casing which is shaped as the keel.

Currently, submarine detection has a high priority capability for naval fleets – the system proposed offers addition perimeter security against torpedoes from those submarines.