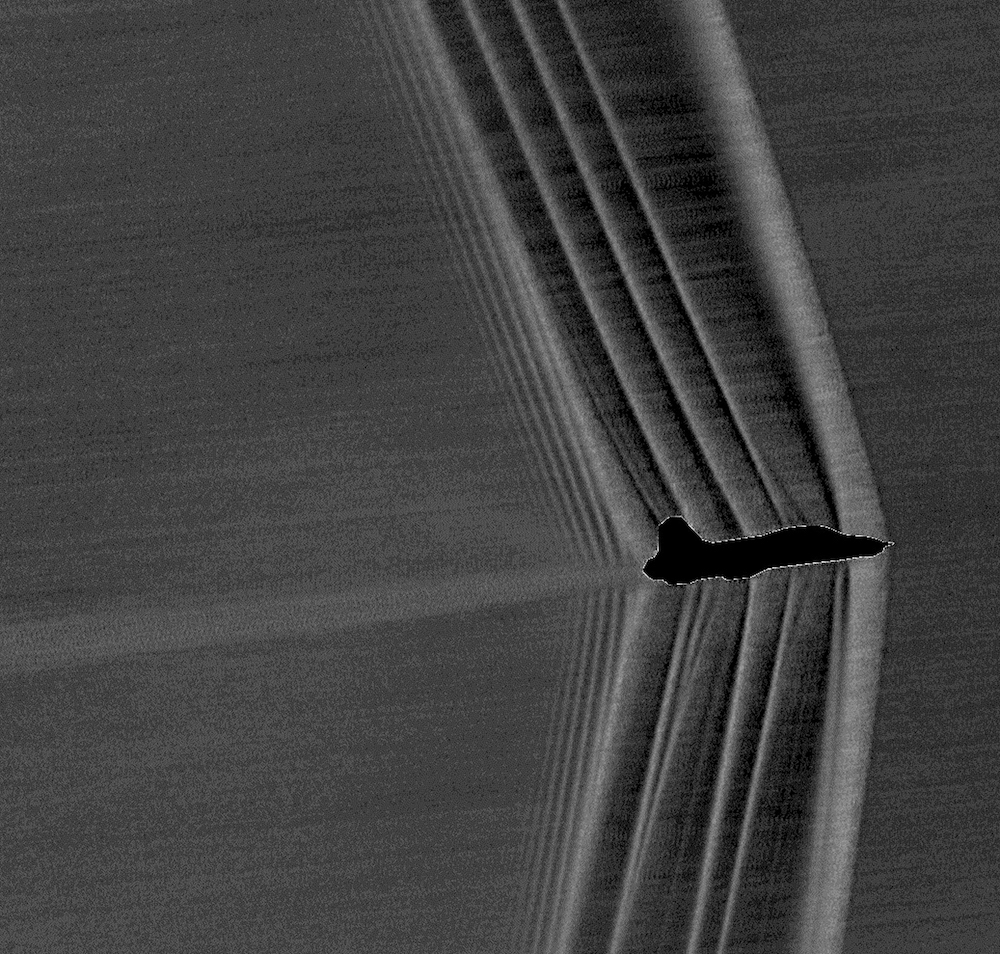 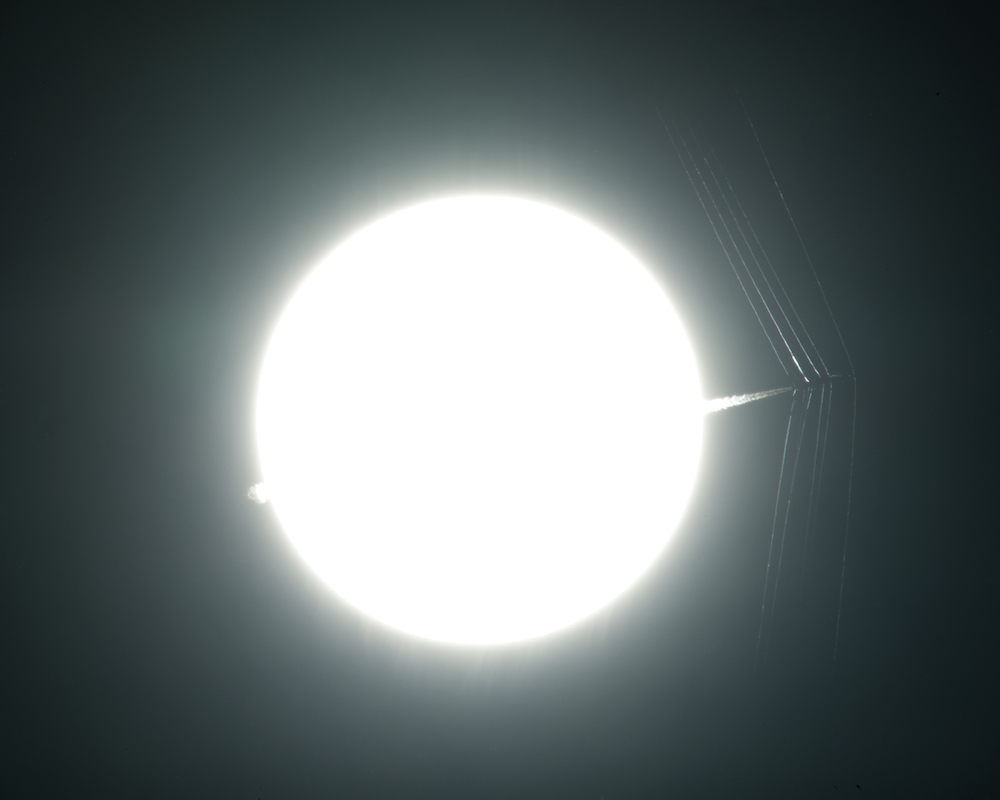 Supersonic flight over land is currently severely restricted because sonic booms created by shock waves disturb people on the ground and can damage property. Innovators at Armstrong Flight Research Center are working to solve this problem through a variety of innovative techniques that measure, characterize, and mitigate sonic booms. One of the most exciting advances involves the use of schlieren photography to capture images of shock waves emanating from aircraft in supersonic flight. In addition to studying shock waves for aircraft, NASA’s schlieren techniques have the potential to aid the understanding of a variety of flow phenomena and air density changes for several applications including: wing tip vortices, engine plumes, wind turbines, subsonic aircraft, rotorcraft, highway traffic, and volcanic eruptions.

This novel system allows visualization of air density gradients, which are caused by air compressing as it flows around an object, in experimental and real-world settings (i.e., outdoors). The system uses a new technique known as Background Oriented Schlieren (BOS) to measure how many pixel features in the background have moved between two images, one taken through relatively constant air density, and another taken through the flow that is desired to be visualized. This amount of movement corresponds to the density gradient in the flow. The system, known as Background Oriented Schlieren using Celestial Objects (BOSCO), also uses celestial objects in the background, enabling use of the technique outdoors in ground-based or airplane-based. In addition, optical filters are used to produce appropriate reference backgrounds.

Schlieren techniques enable visualization of shock wave geometry in the real atmosphere with real propulsion systems that cannot be duplicated in wind tunnels or computer simulations. Studying life-sized aircraft flying through Earth’s atmosphere provides better results than modeling and can help engineers design better and quieter supersonic airplanes. Because the approach is location-independent, the imaging system can be located on the ground or on airplanes, as the background used is a celestial object. The use of optical filters produces appropriate reference backgrounds for the BOS method, making the system highly accurate. The imaging system is able to detect very small shifts (differences) between the background image and the image through the flow, hence allowing high resolution visualization of the airflow.

In addition to analyzing sonic booms, this approach also has the potential to improve:
*Visualization of supersonic and subsonic plumes
*Study of shock-waves
*Study of flows caused by heating
*Contrail studies
*Structural engineering support
*Vehicle design (trains and trucks)

In early 2016, the team completed a pair of successful flights in a series demonstrating a ground-based patent-pending method called Background Oriented Schlieren using Celestial Objects (BOSCO). This technique effectively uses the sun as a background to capture unique, measurable shock wave images. This image-processing technology makes it possible to capture hundreds of observations with each shockwave, benefitting engineers in their efforts to develop a supersonic aircraft that will produce a soft "thump" in place of a disruptive boom.