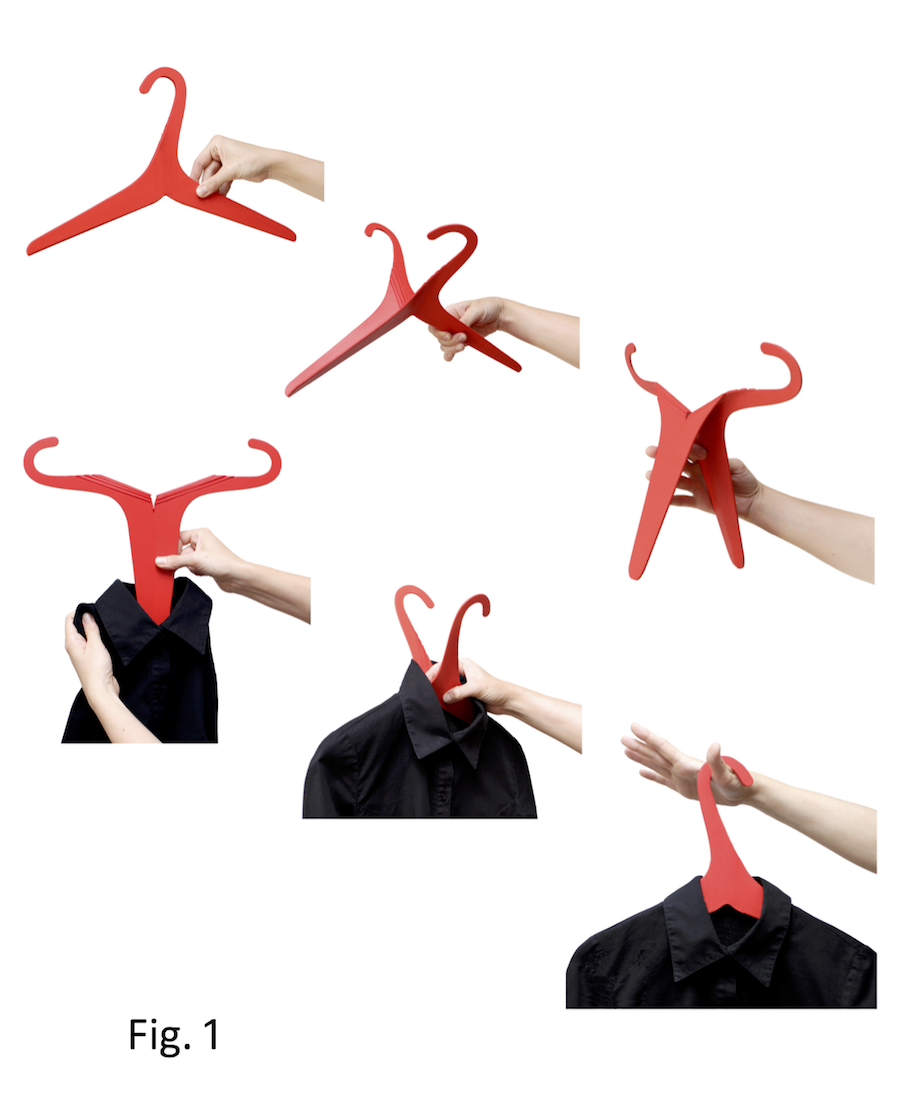 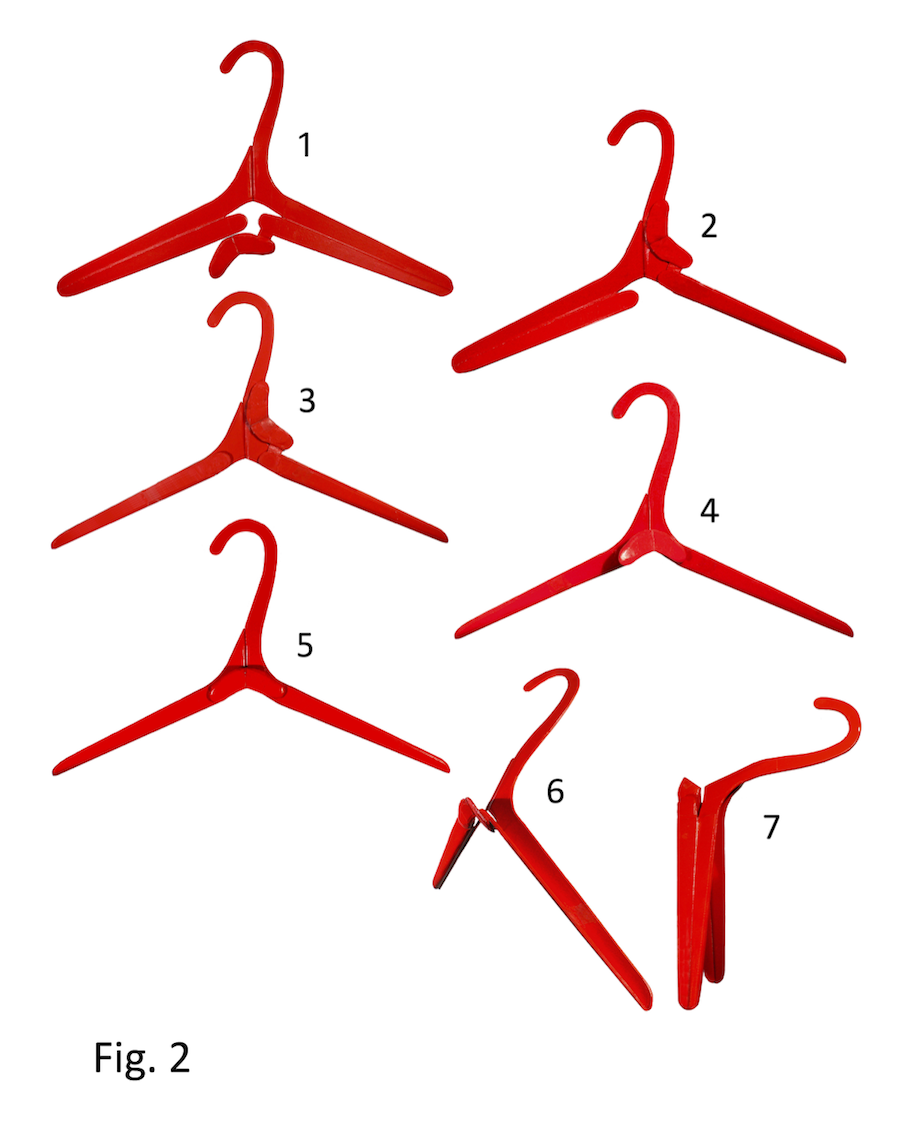 A garment hanger called Plico 2 solves the perennial problem of the narrow neck hole by folding for easy insertion without complicated mechanics. The upper illustration (Fig. 1) and the video show how it works.

When T-shirts, turtleneck tops and polo shirts are displayed for retail on conventional hangers to optimize visibility, the hangers must be inserted from the lower ends of the garments or a button or two must be opened and closed; this routine must be repeated after try-ons and returns. Plico 2 saves time for shop personnel.

The esthetically functional hangers enhance product value. The hangers can be inserted by garment manufacturers or by retailers. They can be sold with the garment or retained by the shop.
Such garment hangers can also be sold independently as consumer products which will be welcome for hanging shirts after washing or ironing.

Until now, commercial realization of this concept has been prevented by the lack of a non-artisanal way to make such a device in its original form. It cannot be unfolded to flat in one plane: whichever way connections are severed, there is always an overlap.

The dilemma is resolved by eliminating one of the two hooks and introducing a bridge element where the hook has been removed: this is a position where such an overlap would otherwise occur. When such a bridge element is an appendage of the main device, is small enough and arranged so that it can be folded into its functional position, the garment hanger can be efficiently manufactured from one flat, molded part. The bridge element must be fastened in two places to the larger part in its final position, for example by plug-in-hole force-fitting. The lower illustration (Fig. 2) shows the flat, molded part and the folding sequence thereof which produces the finished garment hanger.

Alternatively, making the bridge element as a separate piece has advantages in the case of hangers for reuse. The bridge element can be made factory-removable, that is, this part can be replaced with a re-branded version when the hanger is recycled. Furthermore, a separately molded bridge element is not subject to the constraints on size and shape which apply to an appendant part and can provide ample area for promotional printing.

Styling can be modern or traditional; the hook can be either molded, as shown in the illustrations, or of the familiar swiveling, metal kind; measurements and angles can be modified as required. The flexures are sharp folds or curved bends and consist of single or multiple living hinges respectively.

The inventor seeks a licensee.