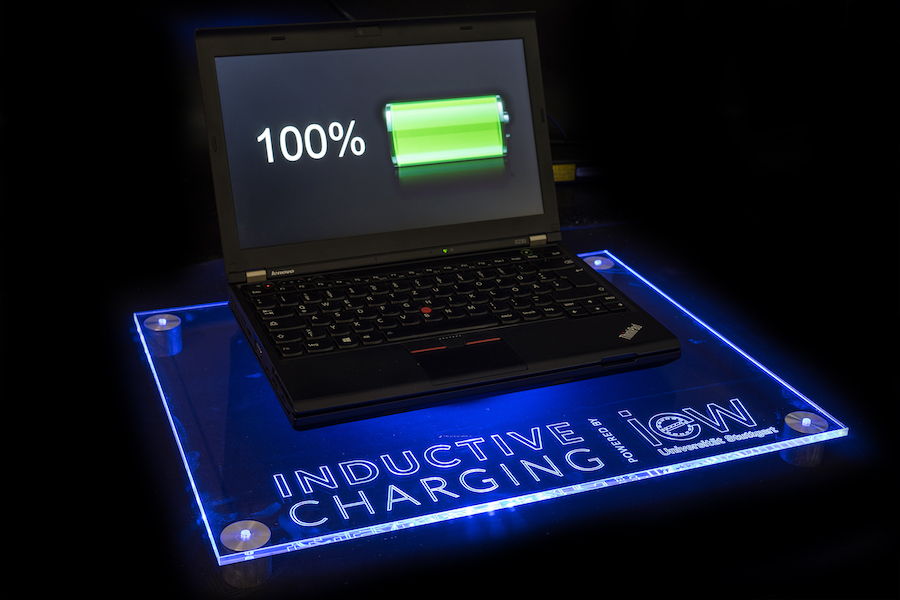 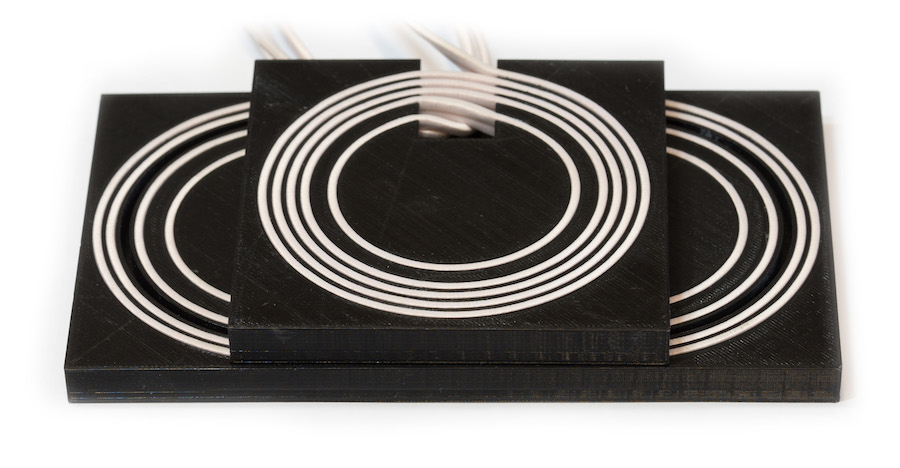 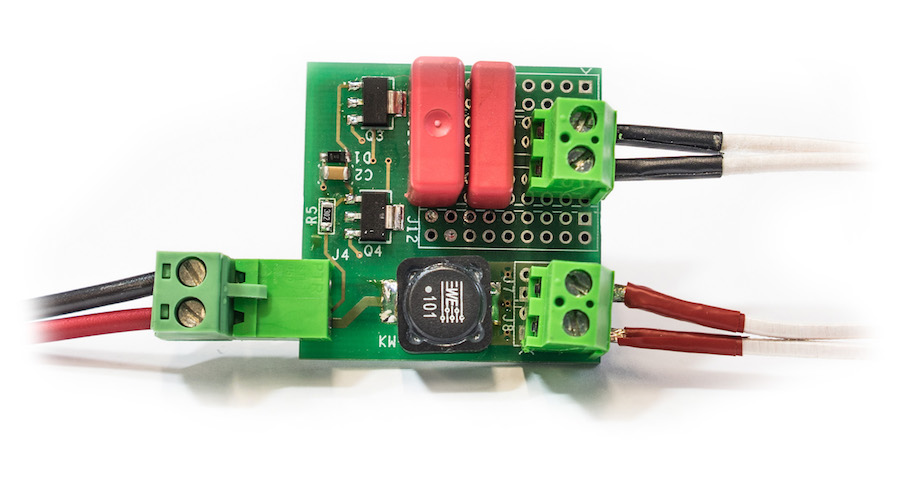 As a possible future scenario, one can imagine that you can charge your notebook everywhere without using a plug-in power supply, but instead inductive power transfer. Every mobile device can be charged, just by putting it on a desk. This is already implemented in the QI standard for small power ratings about 5 to 20 W. To run a Notebook a power of about 100 W is necessary. Thus, I will present a inductive charging station for a notebook with a maximum power of 120 W. To build a reliable and handy solution the research focused on a coil system with high tolerance against inaccurate positioning and small and robust power electronics. The system works even with a mismatching of about 5 x 5 cm. To find a geometry of the coil system that allows this tolerance against inaccurate positioning, 3D FEM-simulation with COMSOL Multyphysics were done. The installed coil system is shown in illustration #2. To manage thermal issues, high efficiency was also an optimization goal and values of above 90% could be achieved. Additionally a thermal FEM simulation, also with COMSOL Multiphysics, was done to guarantee a long-term use of the charging station.

The dimensions of the secondary side, installed in the bottom of the notebook, are about 10 x 17 x 0.5 cm. Thereby, the system can be installed easily in a notebook, for example instead of a 2.5-inch hard drive or a CD drive. Once widely spread in notebooks and other consumer electronics, the charging station will not only be one single point on the desk, but an array of charging systems allowing to place the device everywhere on the desk and start charging automatically.

A standard, describing necessary characteristics of both, the primary side in the desk and the secondary side in the device, would be advantageous to launch the product. By this, charging station could be developed and marked separately from the devices. One possibility is to extend the QI-standard for higher power applications.

The presented innovation can dramatically increase comfort and reliability of hand held devices and notebooks. With a comprehensive distribution of inductive power supply systems, notebooks and other battery devices will never run out of energy again.