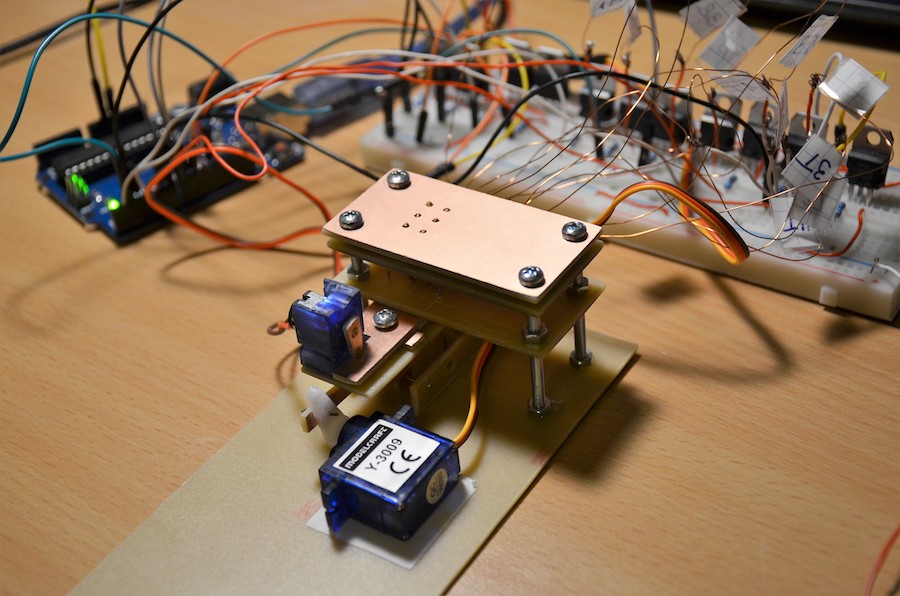 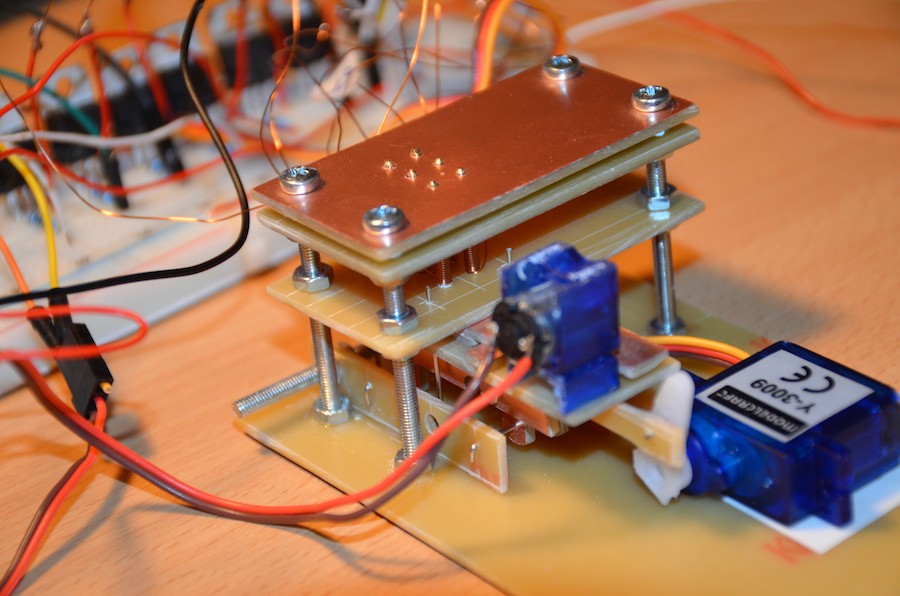 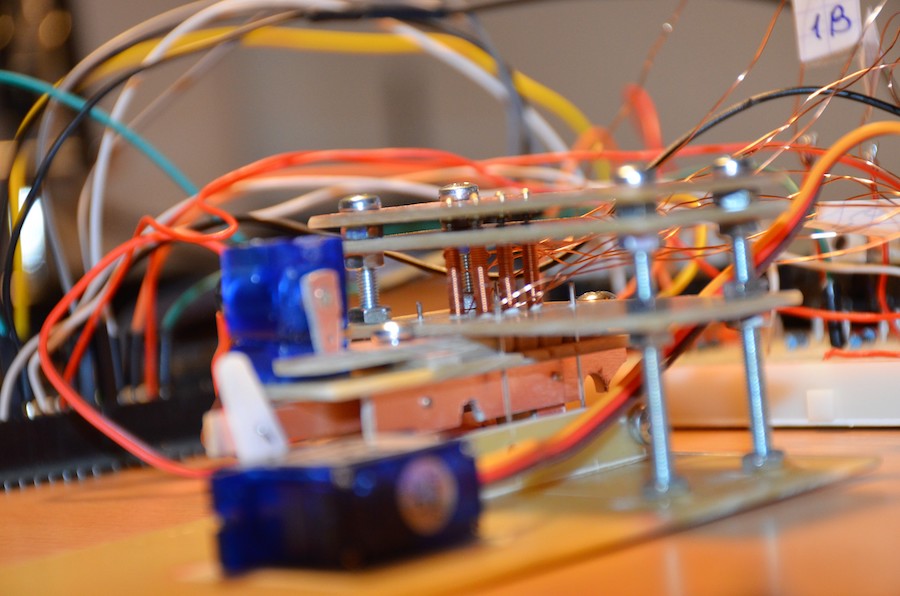 Current offers in the market of Braille Displays are quite frequently very expensive due to highly complex mechanism and technologies used in production.

This is a prototype of one cell of an affordable and at the same time reliable Electric Braille Display based on electromagnets and a unique simple and effective blocking/lifting mechanism which eliminates the main disadvantage of electromagnets - high electric current demand.

Based on operation principle, electromagnets have to move tiny components with negligible counteracting force which makes it possible to use short and thin low-power electromagnets with a single winding layer. Electromagnets are powered once per a symbol's update for an extremely short period of time (50 milliseconds) with approximately 1 Ampere of current. Considering the fact that in average 3 electromagnets are involved in a single symbol update, a display with a matrix of 200 symbols can be updated up to 300 times (a 60 000 significant symbols long text) with a single Lithium Ion Battery 18650 Cell (smallest power bank).

The prototype was built using hand tools at a scale of 2 : 1, which implies that it could be produced with ease at the original scale using specialized equipment. Estimated production costs for a display with 200 symbols can vary from 150 EUR to 200 EUR depending on used materials, components and equipment, whereas current offers in the market can reach several thousands of euros for 40 - 80 symbols.

Potential areas of application are Assistive, Educational and Communication Devices for people with blindness or strong visual impairment.