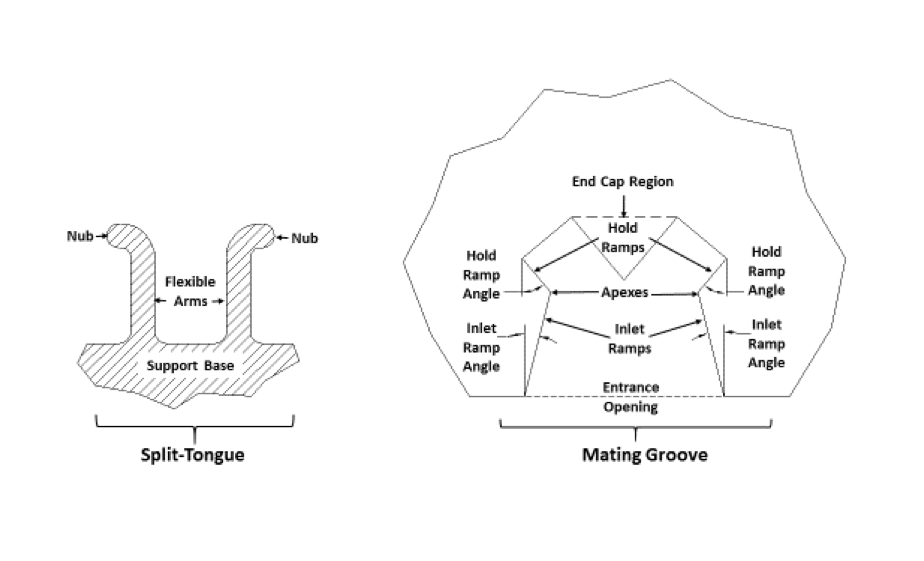 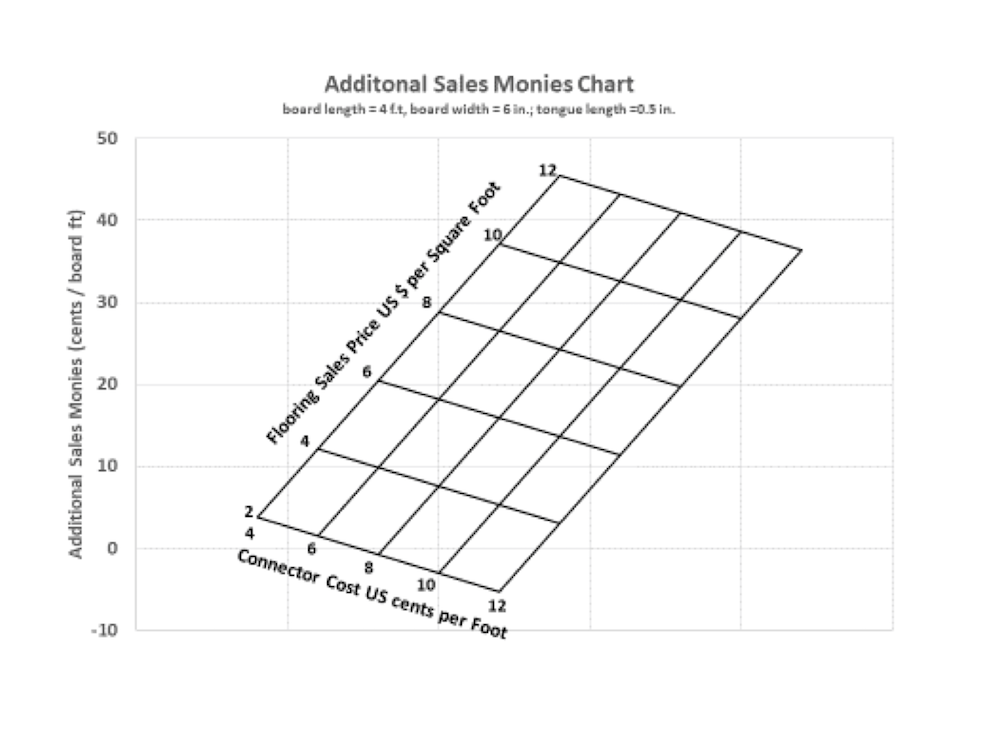 Our Create the Future design entry is a revolutionary new, generic, mechanical fastener system based on the interaction of two key elements: a “split-tongue” and its mating groove, as shown in Figure 1.

The split-tongue consists of a support base with two protruding flexible arms, each arm have outward facing nubs at their distal ends. The mating groove consists of an entrance opening through which split-tongue enters the mating groove; converging opposed sidewalls (the inlet ramps); ; diverging opposed sidewalls (the hold ramps); with a minimum groove width at the groove apexes.

A potential application of the fastener system is as a connector system for installing hardwood flooring. For this application it is anticipated that the extruded connector element can be fabricated at a cost of approximately 4 cents per linear foot. However, for the connector system to be economically viable, it is critical that the associated mating groove be fabricated at economical production rates (typically 360 FPM). Consequently, it is proposed that the mating groove be fabricated via four sequential circular saw cuts as follows: one to form the left inlet ramp, a second to form the right inlet ramp, a third to form the right hold ramp, and a fourth to form the left hold ramp.

Figure 2 shows a split-tongue connector element at three stages during its installation into a mating groove fabricated into the bottom surface of a hardwood flooring plank. A key feature of the design is that at full insertion the flexible arms remain forcefully deflected. The accompanying video, demonstrates an installer utilizing the connector system to install a section of hardwood flooring into a hallway.

The graph in Figure 3 shows the potential additional sales monies accrued (in US cents per linear foot of installed board) via advantage 1.