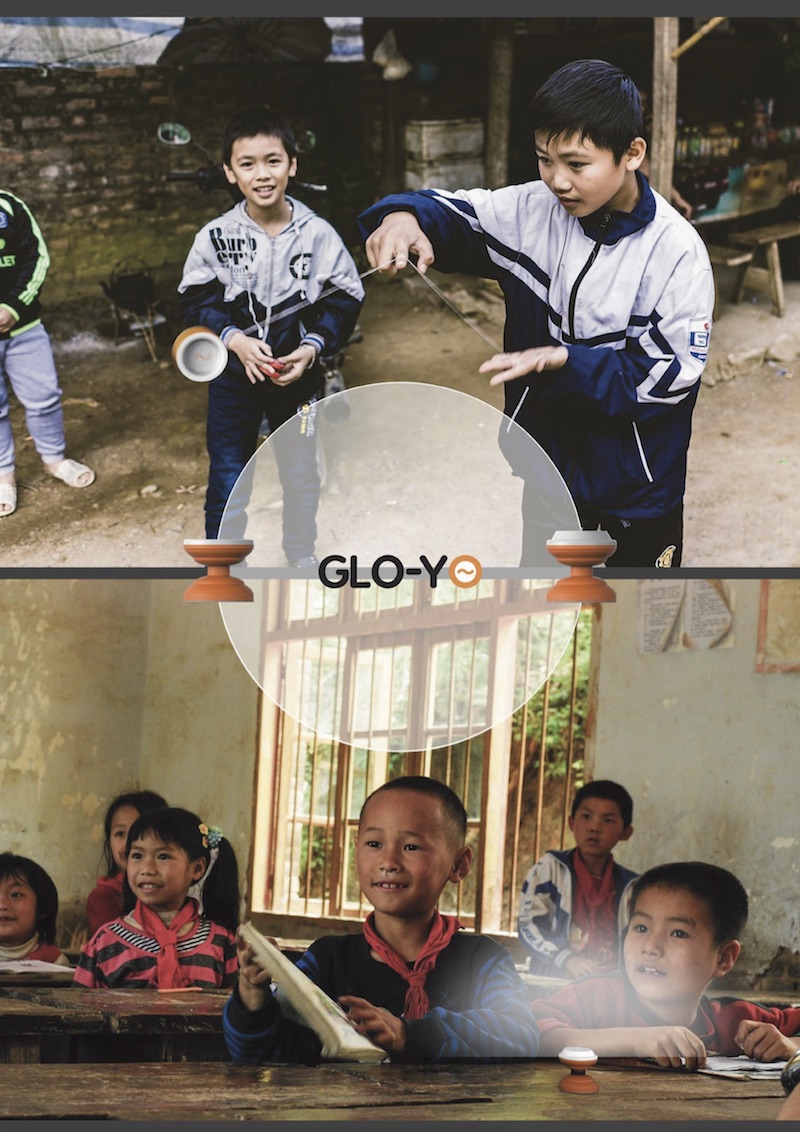 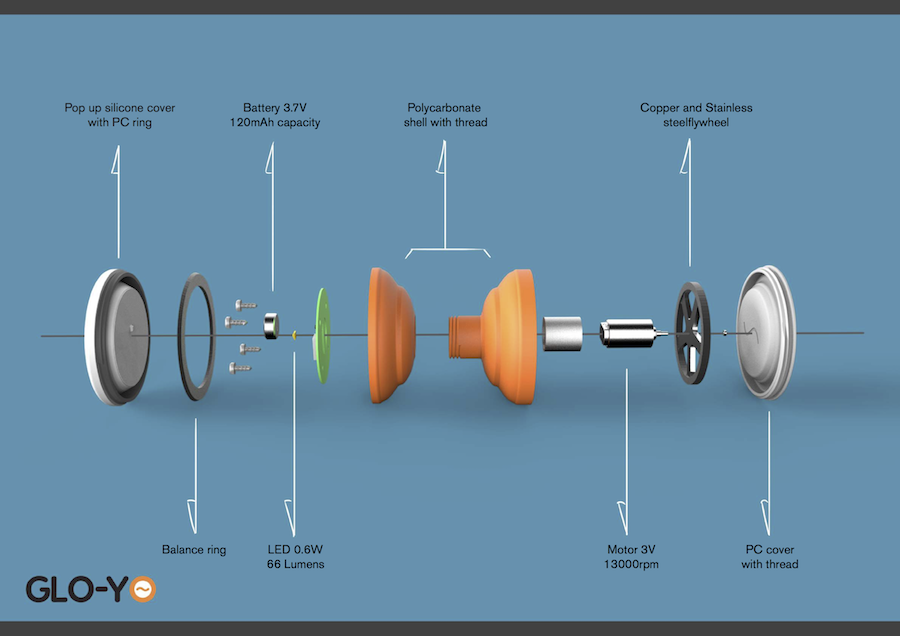 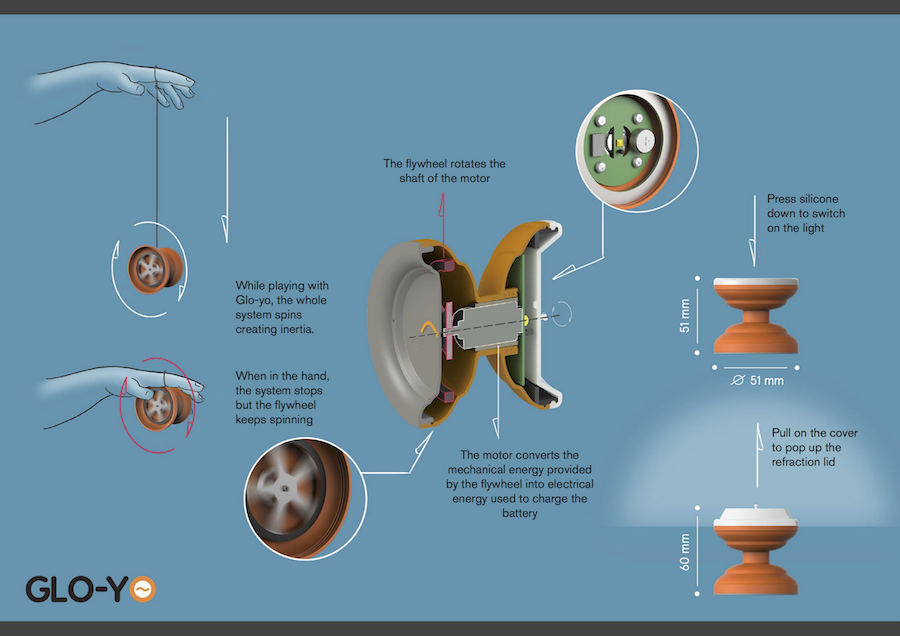 As global water levels rise many urban environments are being exposed to threat of regular flooding. While coastal defenses can protect many, it is often developing nations (and areas of lower socio-economic status within) that are still badly affected by flooding. Water contamination, clogged drainage and power shut downs are some of the issues most commonly faced by flood victims, dampening their quality of life.

Focusing on places like Jakarta, children are most affected by this since schools are closed due to transportation issues and a lack of electricity. So to pass the time, these children see the streets as liquid playgrounds where they swim, jump and play inside, What they don't realise however, is that sewage, urine, dead animals and rubbish (Just to name a few) lie under these waters inviting disease to those vulnerable bodies.

Glo-Yo is a mini torch that uses the rotational energy generated from a yo-yo to produce and store light for studying purposes. Glo-Yo aims to solve two problems: provide light to children to help with their education during emergency situations whilst also keeping them out of the water with an interactive product.

The way Glo-Yo generates electricity is through a custom-designed flywheel made from copper and stainless steel. The rotational energy from the yo-yo builds up angular momentum and rotational energy in the flywheel. When the user stops 'yo-yoing,' the flywheel's high rotational inertia means it would continue to spin despite the yo-yo being stationery in the hand. This rotation would spin the shaft of a mini DC motor. This transfer of mechanical energy to electrical energy is then stored in a 3.7V battery cell. This connects to a 0.6W LED which has about 66 lumens of brightness, sufficient enough for a child to read and write on a study desk. It is estimated that about 15 minutes of play time will produce 40 minutes of light.

The way the light is activated is through a flexible silicone co-moulded cover on one end of the yo-yo. The user pushes down on the silicone activating a switch which is connected to the LED, and then pulls the cover upwards, creating the refraction of light through the silicone for a better spread of light.

The casing is made from polycarbonate which would be injection moulded. The reason for choosing polycarbonate is because of its high strength and toughness while being very lightweight at the same time.

During emergency situations such as flooding and other natural disasters, Glo-Yo would be deployed through the hands of NGOs and other humanitarian aid workers to those in need. Glo-Yo is not just restricted to emergency situations though - anyone who likes to yo-yo can benefit from this dual purpose product as it provides them with some entertainment while also teaches them about renewable energy and new ways to produce power in the times we live in.