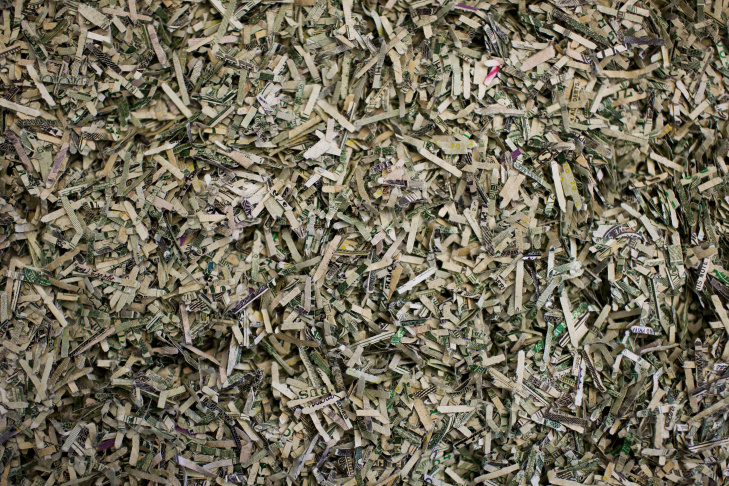 According to the Bureau of Engraving and Printing, US paper currency is made up of 75% cotton and 25% linen. That is, there are three-fourths of a pound of cotton in each pound of dollar bills. This same source also informs us that there are 454 bills in a pound of currency.

During Fiscal Year 2009, over six billion bills of all denominations were printed in the United States, consuming 21,476 bales of cotton. The total dollar value of these bills was two hundred and nineteen billion dollars, or $21,290.55 per pound of cotton. The bills taken out of circulation are shredded and called Fed Shred, which is sold as a novelty item.

In many countries, not just the US, cotton based paper currency is still used and thousands of tons of used banknotes are shredded and burned annually, also contributing negatively to Climate Change through CO2 emissions.

The shredded banknotes can be recycled by combining it with a partial bio-based thermoset resin binder under high pressure and heat to form consumer products, such as floorboards, ceiling boards, counter tops, cabinet doors, kitchen cupboards and many other products.