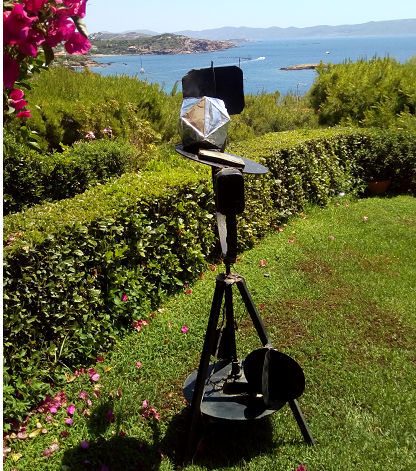 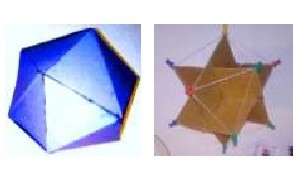 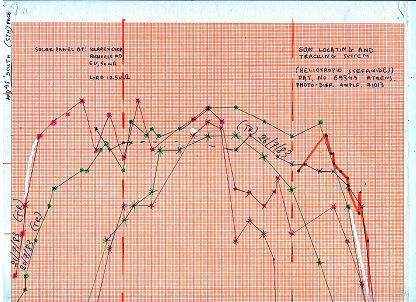 The Concept of the System [Photo 1] is to orientate a solar collector and a Polyhedral Structure [Photo 2] to face the Sun with “Azimuthal” tracking of 270 deg and “ Altitudinal” 90 deg. *
https://youtu.be/D2puwgq6r90?t=6

The concept is based on the idea of combining a signal indicating the direction of the sun rays, within one solid angle of “quarter hemisphere” [ sensors fixed on ground], with a signal indicating, similarly quarterly, the relative angular displacement (or error) between the sun rays’ direction and the tracker’s orientation Azimuthally” [sensors rotating about vertical axis, with systems “Azimuthal” tracking and similarly for the Altitudinal]. Sensors’ signals are filtered by, specially designed,“Differential Light Amplifiers” **

The Polyhedral [non-regular Icosahedron] triangular faces bear solar cells selectively collecting radiation data from the sky at fixed directions with respect to that of the sun, such as diffused and reflected one and at the same time possibility of chartographizing the searched regions of sky.

Triangular face wedges, structuring the Polyhedron, may accommodate sensor equipment for detecting and recording data from various other, desired forms, of radiation and possibly recording detected areas of pollution.
In total 20 triangular faces of which 12 are Isosceli triangles and 8 are Equilateral.

Recorded collection of data, of lengthy measurements from the past [manual or tracked], are shown on graph of Photo 3, for documental evidence of experimentations, in support of the present proposal.

Comparative measurement conclusions could be derived, as a result of rationalized data obtained from solar tracking direct light and from the indirect sky diffused or reflected light received by the Polyhedron triangular faces.

References to the involved system components and functions may be found in my contest participations of the past six years, with respect to the tracking system theory of model mechanisms and differential light amplifiers.