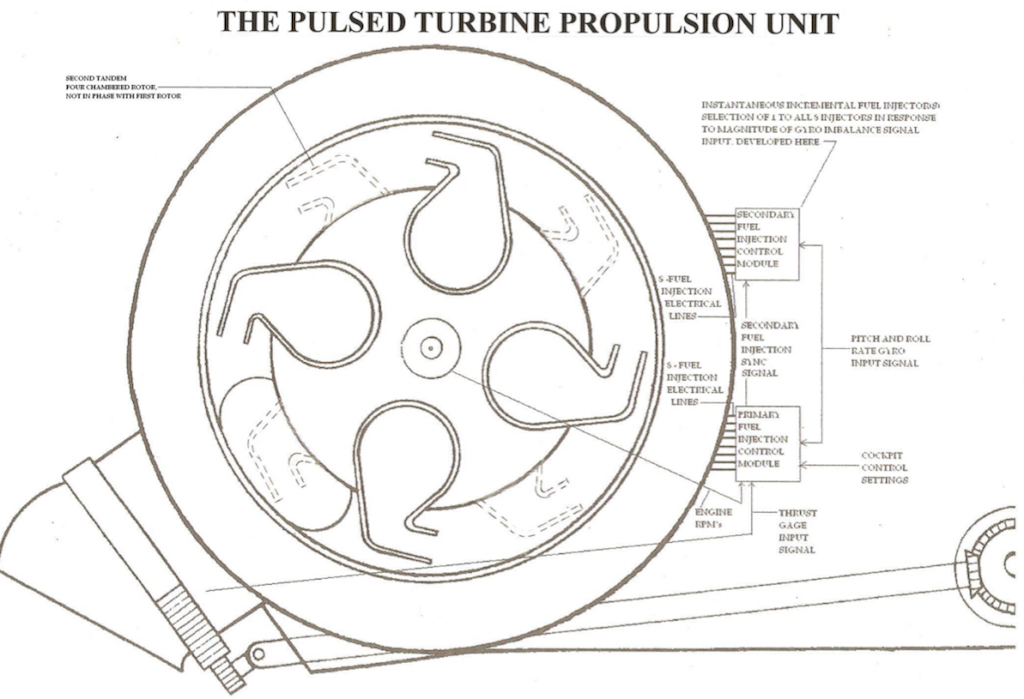 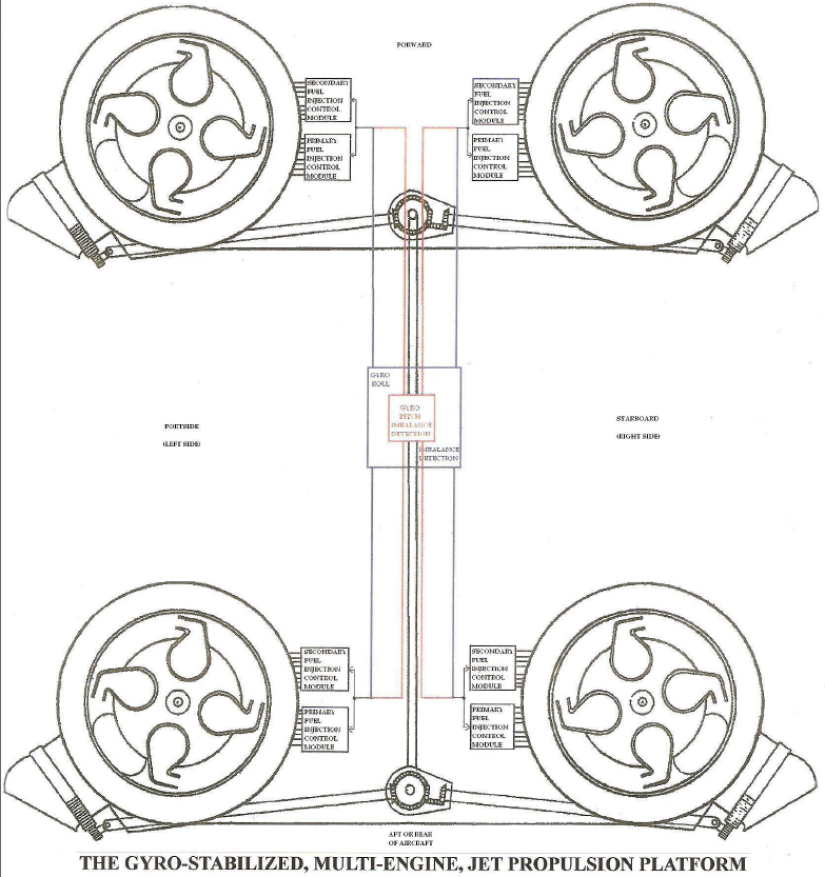 Good News! The first practical lightweight jet-powered VTOL "car", "aircraft" is finally within reach. I'm presenting to all of you, an opportunity for one corporation or investor to make aviation history by capturing the elusive practical flying car that has been sought after for many decades. I am writing to you not as a professional engineer, designer or manufacturer. I am a total amateur, a hobbyist that has followed aviation accomplishments since childhood. But I've pursued my own independent line of reasoning, off from the beaten path of conventional thinking and I have designed and patented (U.S. Patent: US 6,907,723 B1 ) The Pulsed Turbine Rotor Engine, which I think will solve the technical issues involved in designing and launching the first practical lightweight jet-powered vertical take-off and landing aircraft.

The objective of this abstract presentation is to introduce the potential of a new gas turbine engine design: The Pulsed Turbine Rotor Engine, a "fuel injected" turbine engine. One such potential is to develop a highly responsive low-medium jet propulsion engine that can finally make a jet-powered flying car practical and affordable, and or pave the way for a new lightweight, jet-powered VTOL military assault vehicle. The pursuit of this viable concept to a successfully designed and functioning prototype of the Pulsed Turbine Rotor Engine will lead to opening a whole new chapter in aviation VTOL history.

The Pulsed Turbine Rotor Engine is a compact "fuel-injected" turbine engine design, which can receive digital signals for instantaneous "throttle-up", "throttle-down" responses. This correlates to pitch and roll balancing in hovered flight by means of simultaneous-independent, gyro-digital control of multiple jet engines working in unison. The implications for a VTOL jet-powered military assault vehicle that can perform or replace many of the functions of small attack helicopters are enormous. The logical link between a small luxury automobile and privately owned aircraft could finally be at hand. Start thinking of capturing and holding a currently non-existent U.S. market for lightweight, compact military and civilian jet-powered VTOL's. Of course there are many other applications for the Pulsed Turbine Rotor Engine. General-purpose applications would include aviation auxiliary power units, portable field electric generators, potential power plants for turboprop driven unmanned aircraft.

Brief overview of the Pulsed Turbine Engine performance potential: The Pulsed Turbine Engine is a newly designed, compressor-driven, with heat exchanger, "fuel-injected" turbine engine. For its anticipated power output, it is a compact design with fewer moving parts and an expectedly quieter operational performance than that of a similar class reciprocating engine. In the class of small turbine engines, it should yield greater fuel efficiency then conventional turbine engines because it utilizes fuel injectors and delayed heated compressed air that is allowed to increase in density before entering into multiple rotating combustion chambers to generate substantial power output.