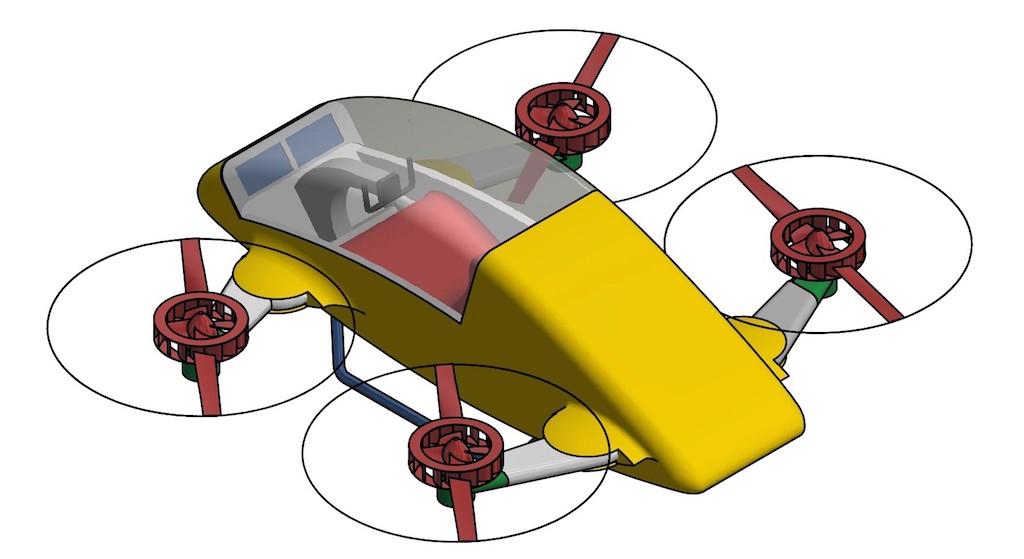 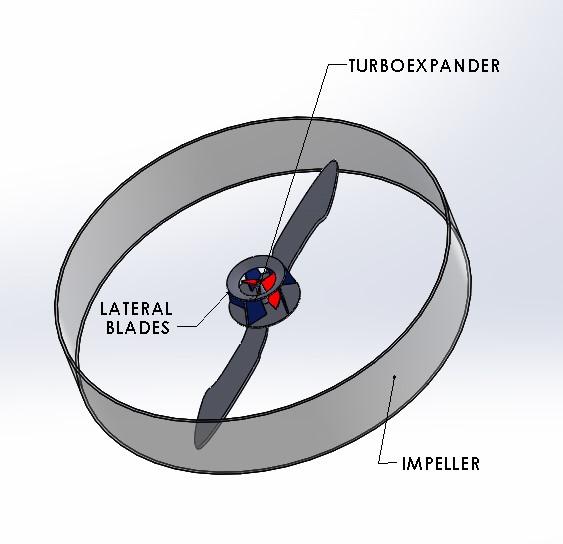 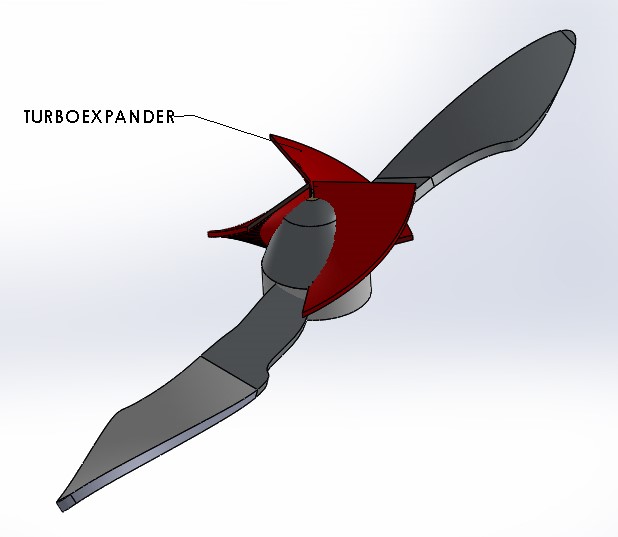 1. As is known, 1/4 central part of the propeller located above the motor does not perform work. Turboexpander makes this part work very efficiently. They can be of two types:
The first version is intended only for small drones and it has only central blades. They push air out of the middle and create a denser layer of air in front of the propeller. Therefore, the lift of the propeller is increased.
The second version is designed for large drones and multicopters.

In this version, the air is pushed out by the lateral blades. But they create rarefied pressure around the central blades. Under the influence of atmospheric pressure, the air rushes into this central rarefied part, puts pressure on the red blades and thus adds power. We can say that this second version creates an artificial tornado.

2. The wing of the drone has reactive incisions and a vertical flap.
Flap, which is located in the middle of the motor holder, directs the air flow in the direction of movement of the drone. Thus, the air flow, which is usually dissipated on the holder, does useful work.
Part of the wing, which does not fall under the direct flow from the propellers, may have reactive incisions above and below.
The air enters the wing from the cuts below, then goes around the plane, passes through Laval nozzles and exits over the wing at the edge.

3. The drone has a lifting body.
As is known, this form of the aircraft's hull increases lift by approximately 30%. This form of hull and jet wings allow you to use faster and more economical flight modes.