The BASE Rocket Concept - a New Direction for Electric Propulsion Development 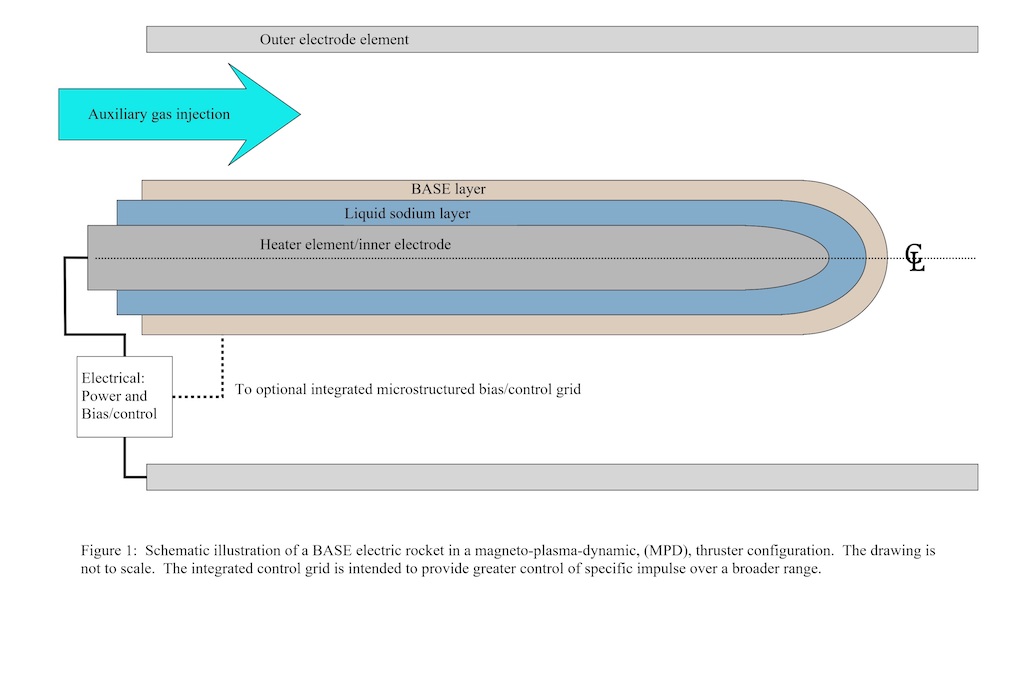 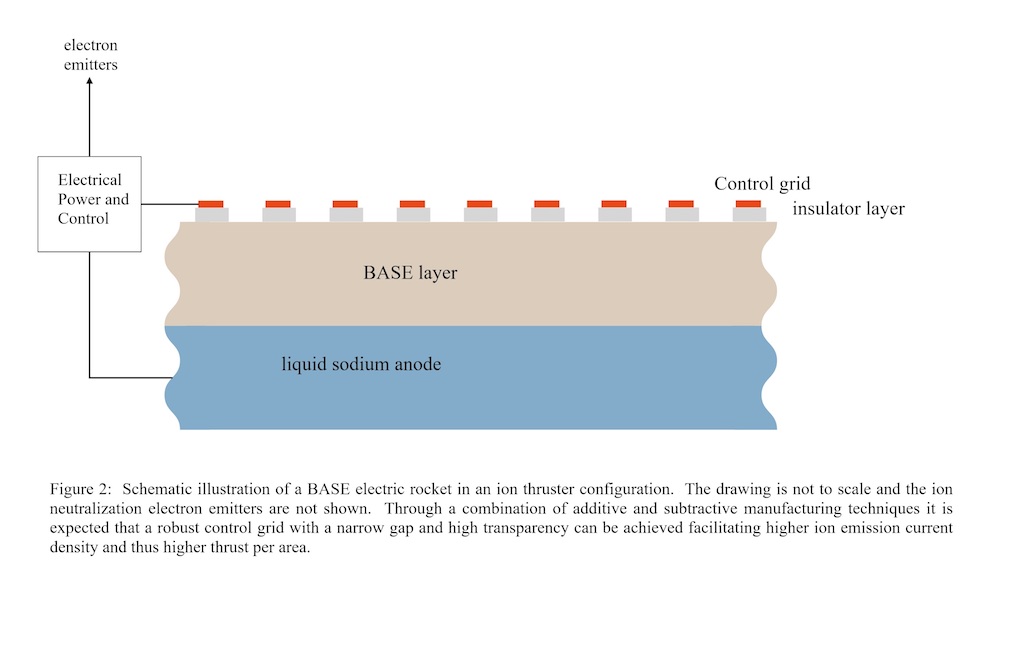 BASE stands for Beta-Alumina Solid Electrolyte. This material is commercially available in various form factors including flat plate and cylinders. It belongs to a class of materials that have relatively high ion conductivity but high resistance to electron conduction. As such the concepts discussed herein could also apply to other such materials but henceforth will specifically deal with sodium ion conducting BASE as the model system.

Electric propulsion as it stands today lacks sufficient average power density for human crewed missions. Substitution of a liquid metal backed BASE layer for certain component(s) in conventional electric rockets could greatly increase the average power/thrust density available to the point that human crewed missions throughout our solar system become much more viable.

Figure 1 shows an example of how this approach could be implemented in a magneto-plasma-dynamic rocket, (MPD). Instead of a metal inner coaxial electrode which is dominated by electron current flow often suffering from arcing and high erosion, the BASE layer forces a more uniform ion dominated current flow which also can serve as the primary or only source of reaction mass. While conventional MPD can have very high instantaneous power and thrust compared to other electric propulsion concepts their average power and thrust levels are curtailed due to erosion limitations and the pulsed nature of their operation.

Figure 2 illustrates how a BASE layer could substitute for the usual plasma and grid structure that supplies the ions for acceleration. The solid state nature of the BASE ion source results in a very well defined surface for ion emission and allows for a much closer placement of the extraction/acceleration electrode especially if full advantage is taken of modern additive and subtractive manufacturing technologies.

An additional benefit of adopting this approach is the volumetric efficiency of the reaction mass which could be stored in a solid or liquid state as opposed to conventional reaction mass for electric rockets which are typically stored as gasses requiring relatively heavy high pressure vessels.

The author is aware that BASE material has been used to produce ion and/or atomic beams at a small scale in a laboratory setting, however, he is not aware of the use or suggestion of use of BASE materials in the specific manner and scale described herein.