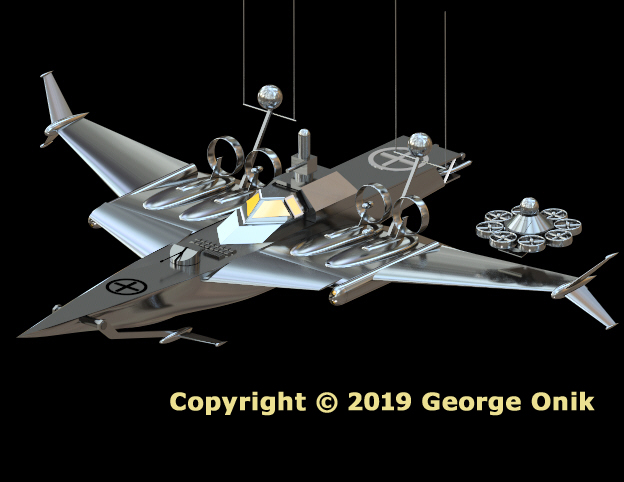 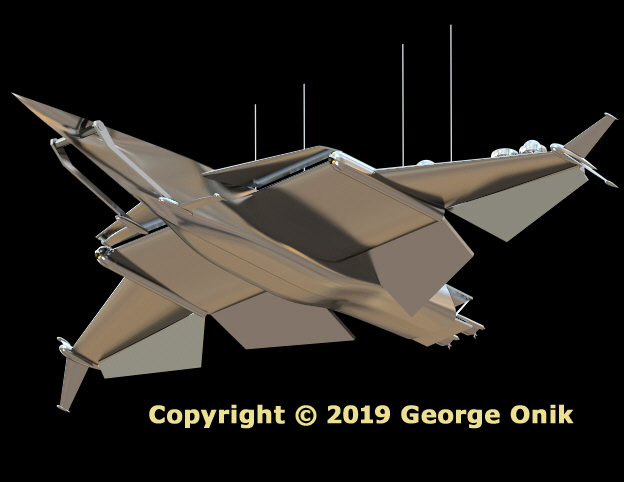 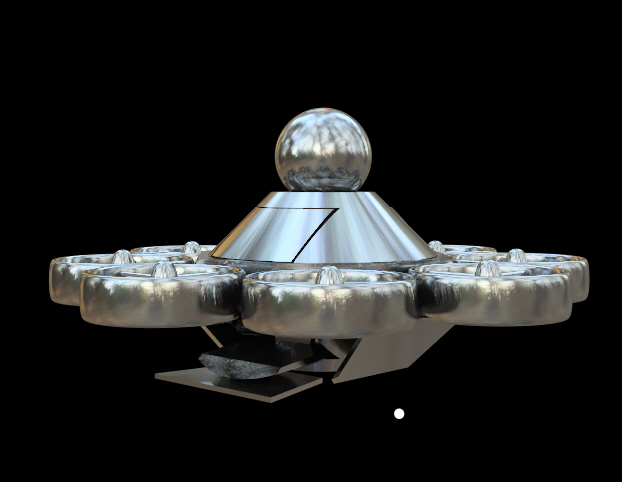 The Sea Tiger flying hydrofoil combines the best of hydrofoil, WISE; Wing In Ground Effect, and composite construction to provide a low cost solution for the needs of the US Navy to increase the size of the fleet, reduce costs, and add unmatched capability giving a patrol craft the speed of an aircraft, to land in any sea state using hydrofoil wings as landing gear, and advanced UAV with radar and sensor drone technology for advanced threat detection and threat interdiction and evasion. Quantum sonar sensors are embedded into the hydrofoil tips providing towed array efficiency without the background noise created by conventional propeller or pump propulsion.

The Sea Tiger extends the vision of the fleet potentially by thousands of miles while acting as a forward spotter. Designed to combat the threat of Corvette sized missile boats and ASW (Anti Submarine Warfare) the stealthy, low profile allows the Sea Tiger to loiter just below the horizon covering vast expanses of patrol areas in much shorter mission times. The ability to attain free flight to avoid mines, jump over land masses avoiding maritime choke points and operate in the littorals in as little as 6 feet of water gives the Sea Tiger the ability to deliver special operations troops from the two RIB boats carried on board into hostile territory and provide fire support when needed. The Octocopter drone can insert special units of up to six soldiers into safe LZ's beyond shoreline defenses rested, dry, and ready for action. The ability to land inland on lakes, rivers, and other waterways gives the Sea Tiger new options, carrying as many as 60 troops in the RIB launch bay. Twenty Sea Tigers can be built for the cost of a single AEGIS ship with an equal or less crew requirement. San Francisco to Taiwan in less than 24 hours.