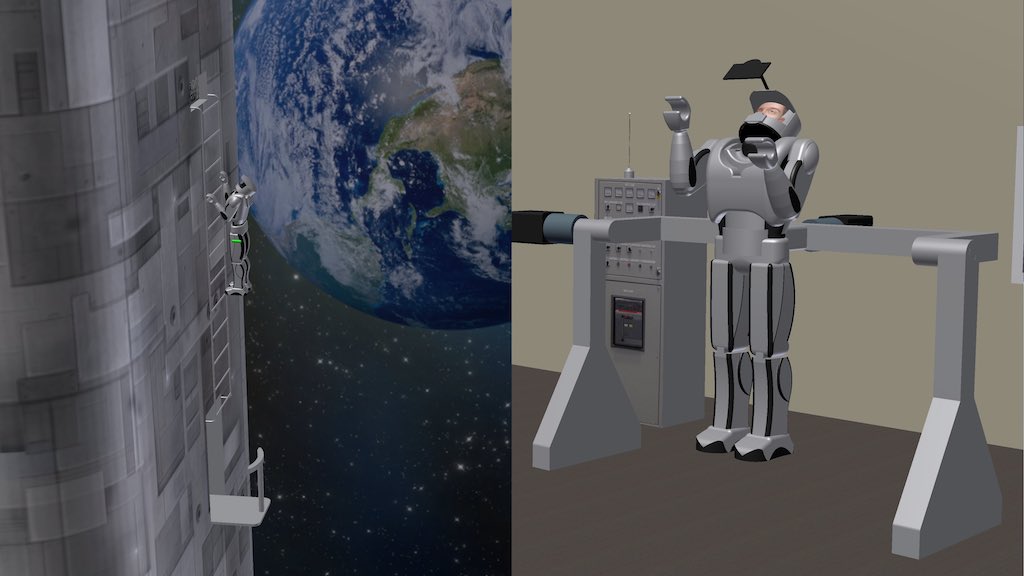 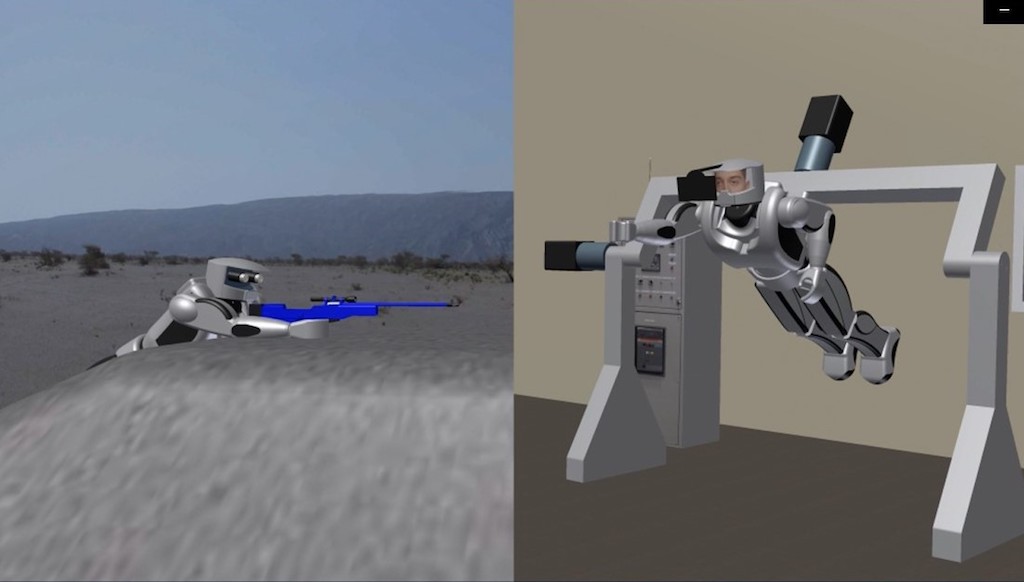 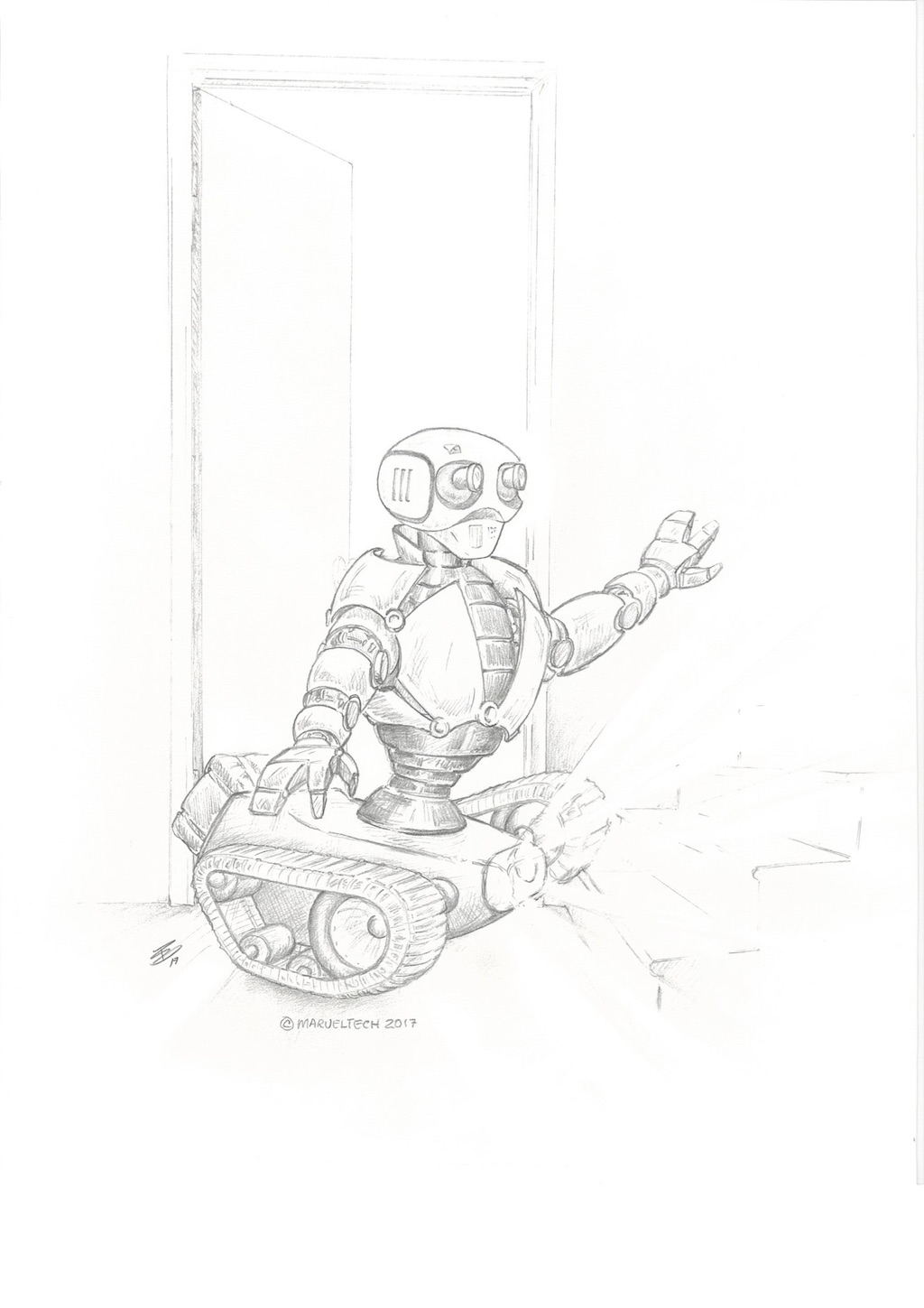 Two devices, one being a mechanical suit for a person, the other being a mechanical humanoid (avatar), incorporates matching sets of hydraulic actuators for inducing movements. Each actuator in a given device along with a system of electronic sensors and hydraulic valves, in conjunction with a central processing and control system, keeps track of the physical positions and configurations of the actuator and the corresponding actuator in the other device, and what the status of the actuators should be in relation to each other. If an actuator associated with one device is moved by an external force, a corresponding actuator in the other device moves in response to that external force, with proportionate direction, speed, and force.

Sensors will detect direction, speed, and force of movements produced by each actuator, as well as magnitude, orientation, type of forces, pressures, and moments. For example, a humanoid device (avatar) with components analogous to fingers, hands, arms, legs, and feet, would be capable of movements analogous to human movements of gripping, lifting, and walking.

Unlike most patents, there is no known prior art of this technology. An electro-hydraulic circuit enabling two mechanical devices to shadow each other's movements without any direct mechanically-operative linkage between the devices is pioneering. For the first time in history a human being can be in two places at once.

Through current industrial manufacturing processes of machining and design along with current available hydraulic, pneumatic, and electronic components, the haptic puppet could be mass produced today.

The haptic puppet is intended to protect people by keeping them safely away from life threatening environments and, at the same time, utilizing their specialized abilities and experience. This human-mechanical near real time interaction is suited to military, nuclear energy, space (exploration/construction/mining), police & fire, search and rescue, bomb disarmament & disposal and medical assistance applications. Applications are virtually unlimited.