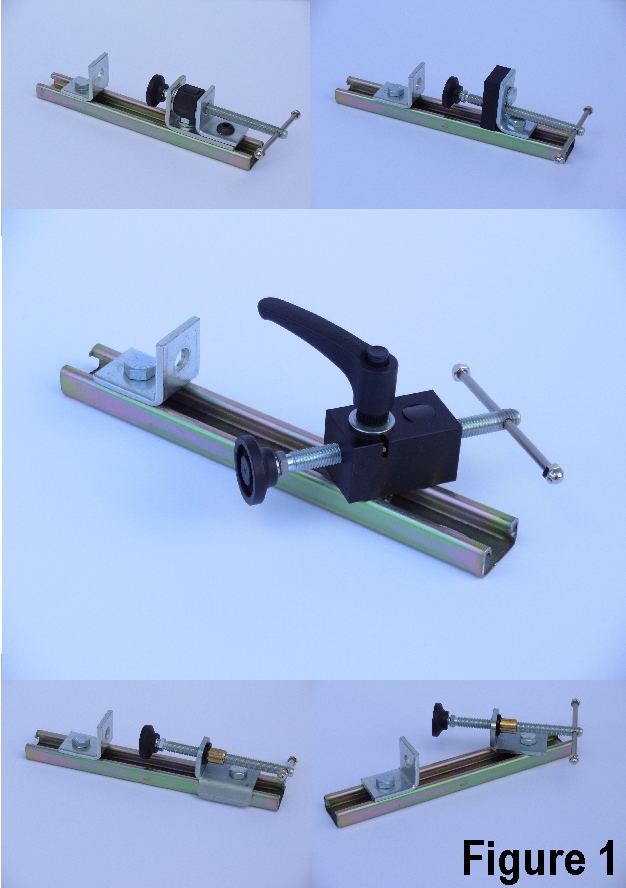 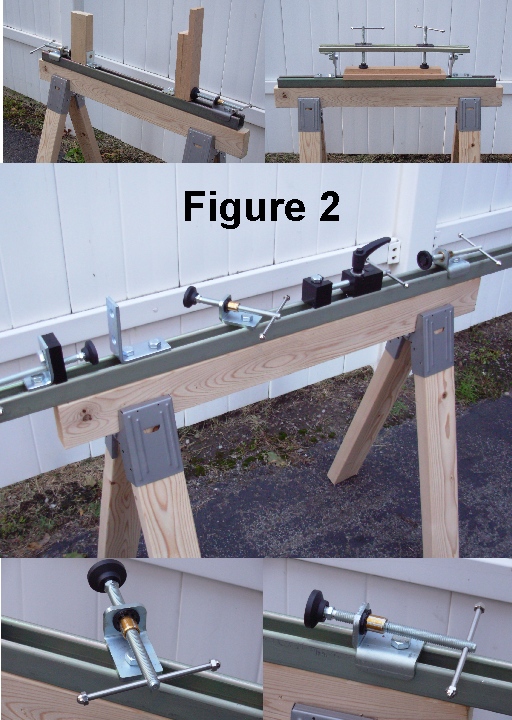 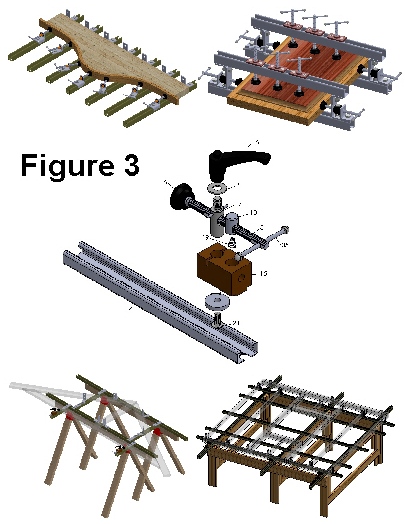 The strut channel bar clamps (figure 1) utilize a commercially available structural member (strut channel) that for years was used for hanging HVAC, pipes/conduit and other industrial components. The two parts of the strut channel bar clamp are the force imparting component herein known as the “clamp block” and the force supporting structure known herein as the “clamp stop.” Current clamps available in the market are made using bar stock, pipe and specialized structural members as their main support structure. These clamps are very limited in that the “clamp block” is rigidly fixed to one end of its’ structural member. In the case of the bar clamp, the user is limited to fixed lengths of 6”,12”,18”, 24” etc.