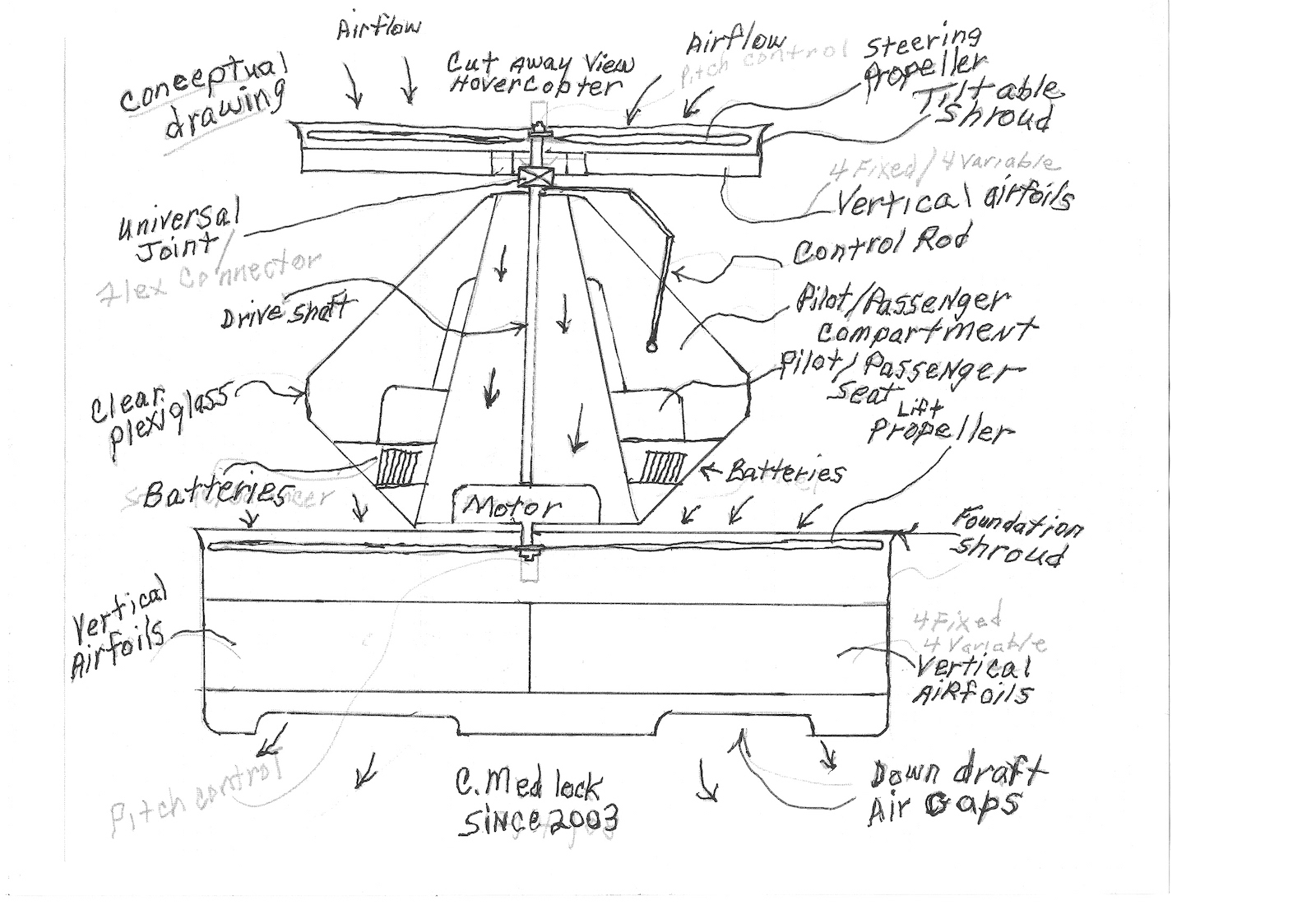 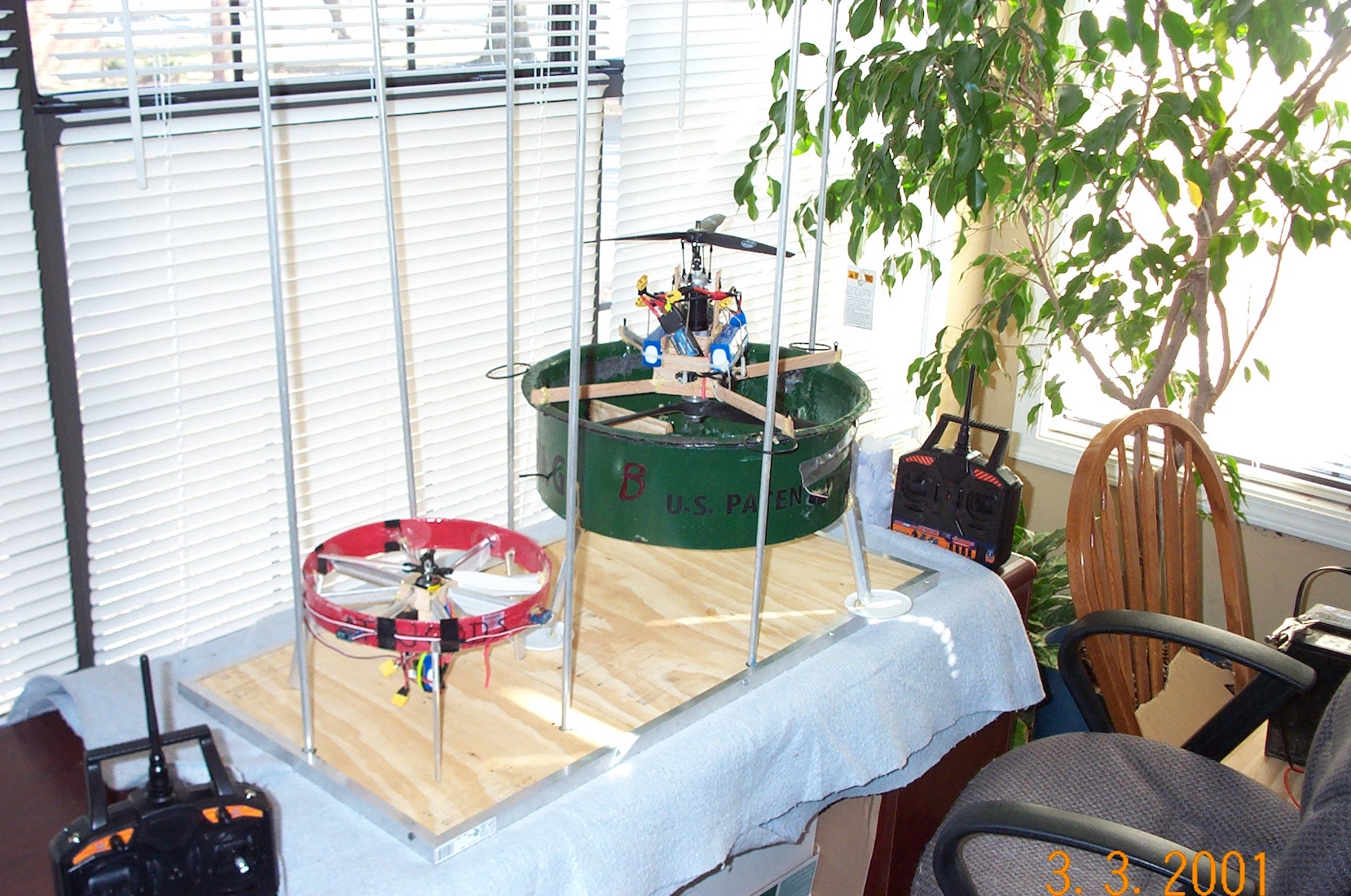 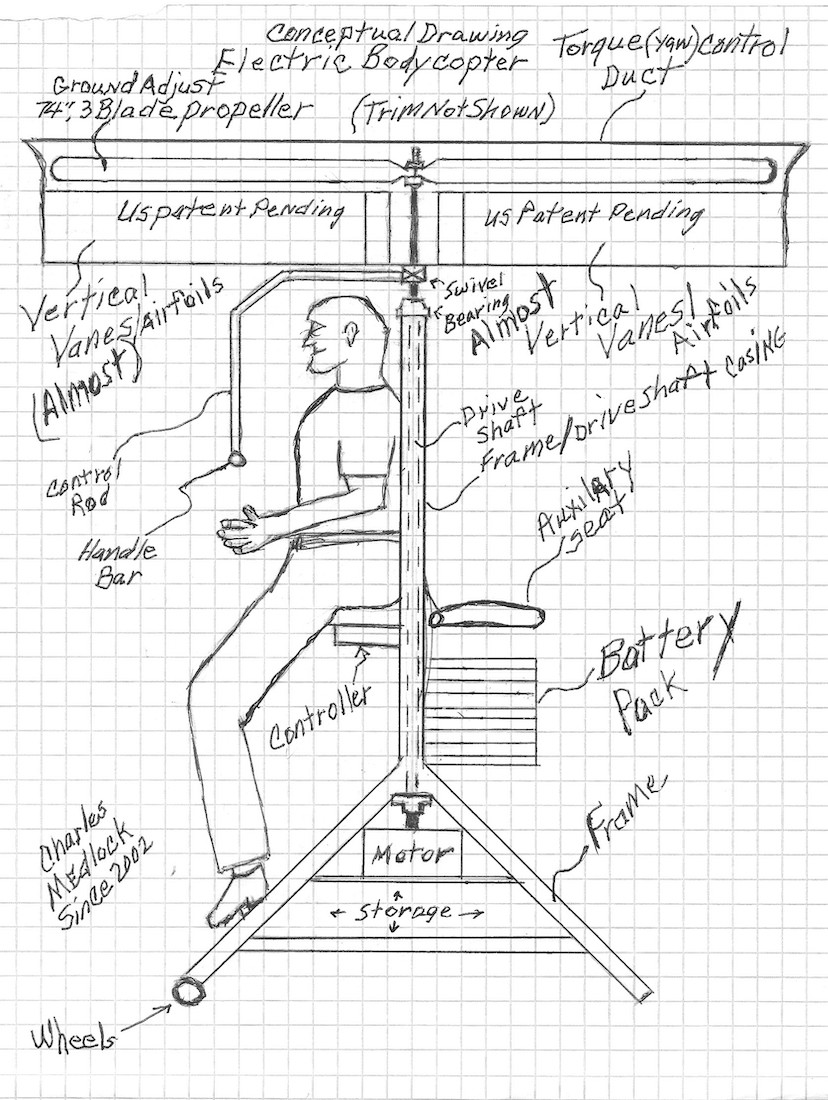 Our testing shows 100% of the torque can be controlled, balanced, with anti torque forces, even while the airfoils are at a low angle of attack and the torque remains in balance, except for minor trim adjustments, even when power and load are increased or decreased. As power is increased, the downdraft is increased and the anti torque forces are increased. Control of torque is built into the structure of the TSVLS module, making it absolutely dependable.

Our thought challenge was to visualize how man could take off and land from his driveway and fly slow and safe just above treetop with the least amount of hardware. The TSVLS is our solution to that challenge. The TSVLS is the cheapest, safest, simplest, absolutely dependable way to accomplish personal vertical flight. The TSVLS could be used in Unmanned Aerial Vehicles, as a mobile, defensive military platform, to create a 4 to 6 passenger VTOL family flyer, as an indoor Radio Controlled hobby craft, and in commercial and industrial lifting.

We believe the TSVLS will prove to use less power to control torque than any other method. The TSVLS increases lift/thrust by up to 40% by locating the lift rotor within a type “B” shroud. Airfoils have been shown to create up to 30 times the drag they create, in lift. These facts indicate the TSVLS will operate at about the same lift the rotor can produce without it, while controlling 100% of the torque.