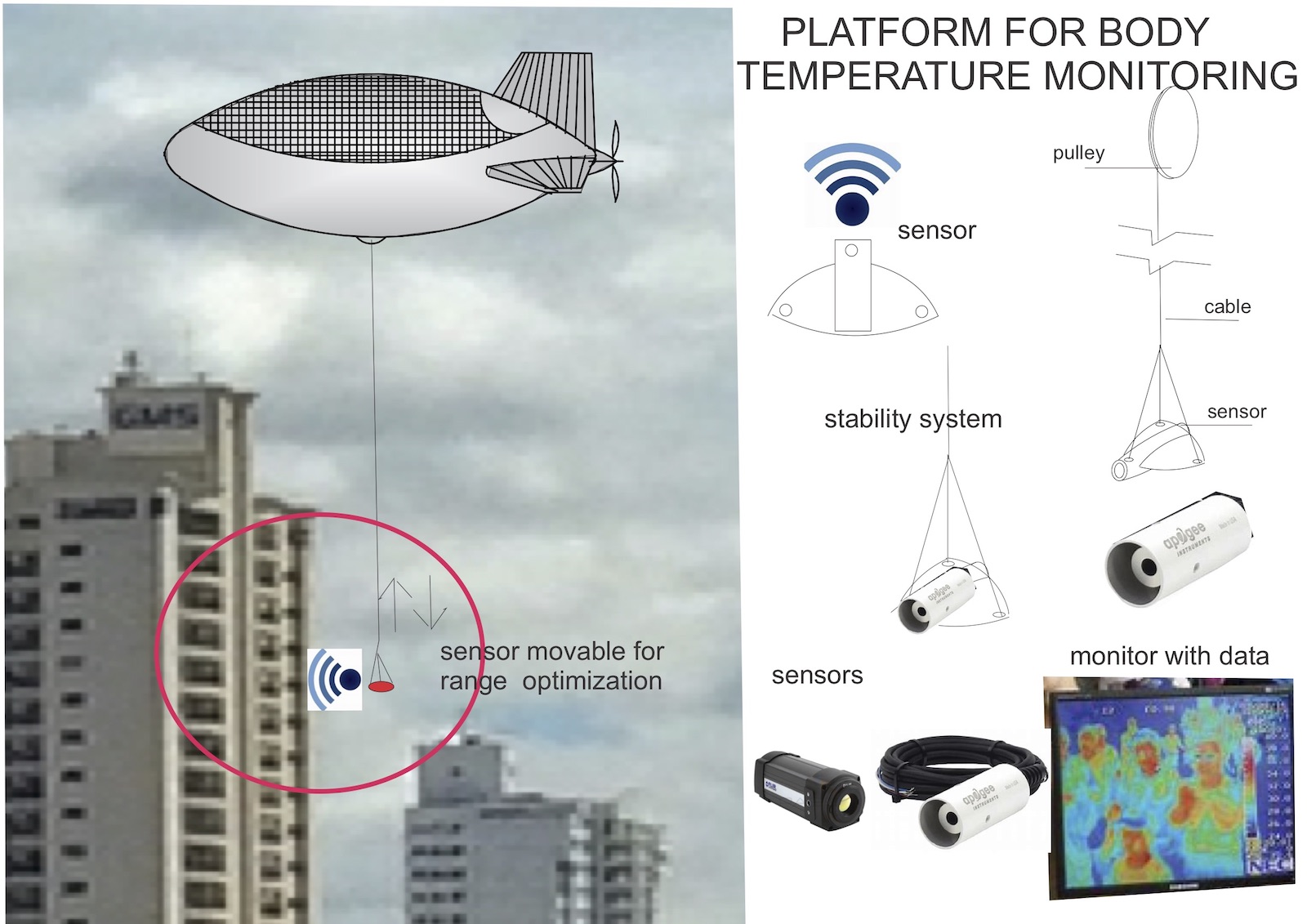 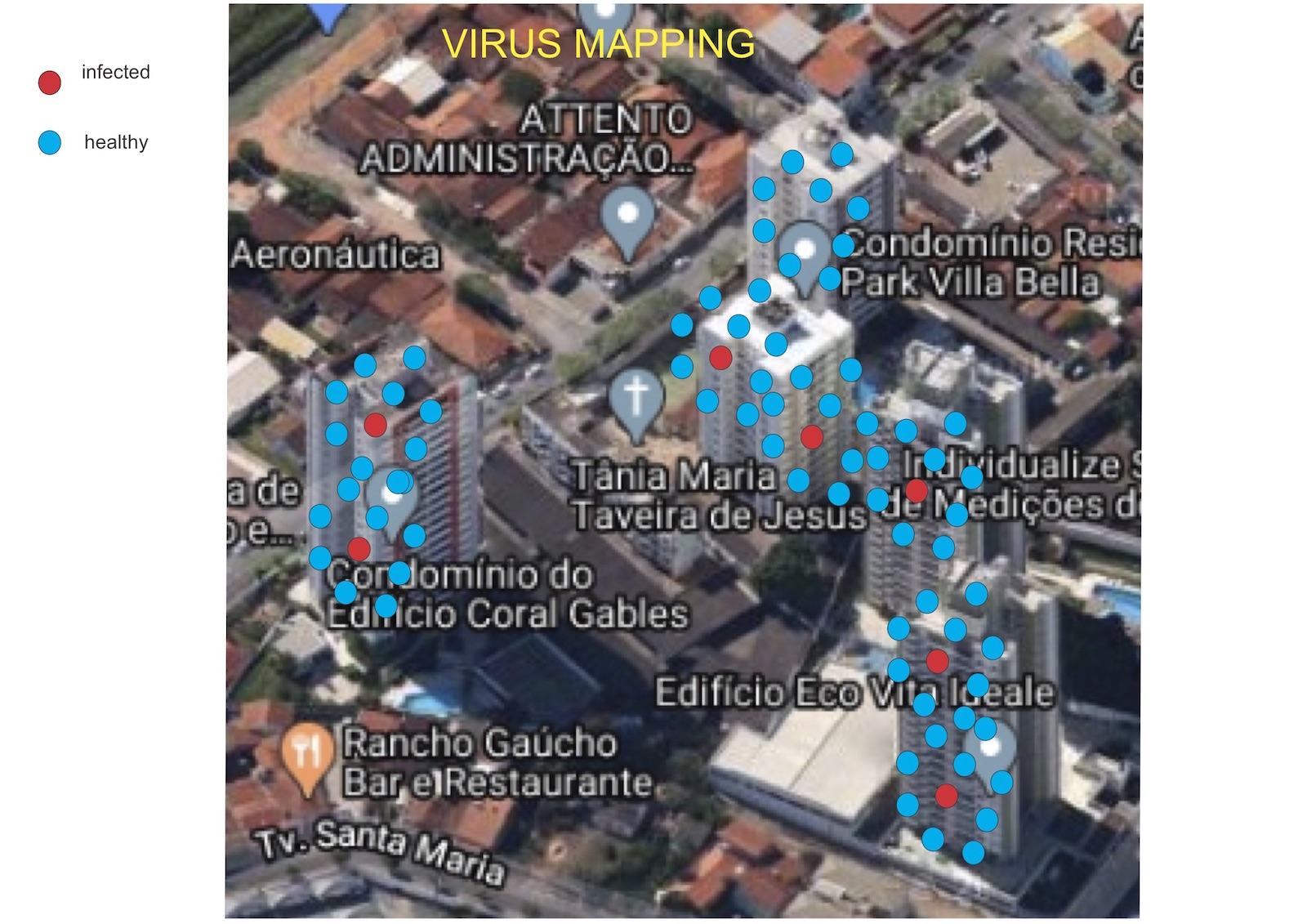 The recent coronavirus outbreak worldwide created an emergency involving all countries In order to help fight the virus one of the most important early activities is to detect potential carriers through the body temperature monitoring, by individuating those with body temperatures higher than 37.5C.

In order to do a mass screening in short time and at a distance we are proposing the following system:

-A carrier
In our case an unmanned platform, a small airship (15/20mt) that can fly permsnently powered by a PV film to generate solar energy for its electric engines during the day and producing hydrogen for night utilization through a fuel cell system

-A sensor
A powerful infrared sensor, similar to those utilized in airports but more detailed , that can detect at relatively short ranges (10/20m) people with temperatures above 37.5C and locate their position.Sensor can also measure heart and breathing rate andthe capability to detect suspects in a crowd.

The airship would fly above cities , at safe distance and deploy a cable connected sensor that would be positioned close to buildings and would measure body temperature of its inhabitants, detecting those with suspect conditions.

In this way it would be possible to detect large numbers of suspect patients without risking human health acre personnel, at a distance, 24/7 with the possibility of immediate action.

Mapping and locating all suspect will also help since areas could be lockdown and people quarantined.

In the future more powerful detection sensorss would be utilized improving the efficiency of rhe system. With due dimension and equipment such platforms could be used for several other functions in security, monitoring, crime fighting, communications etc.