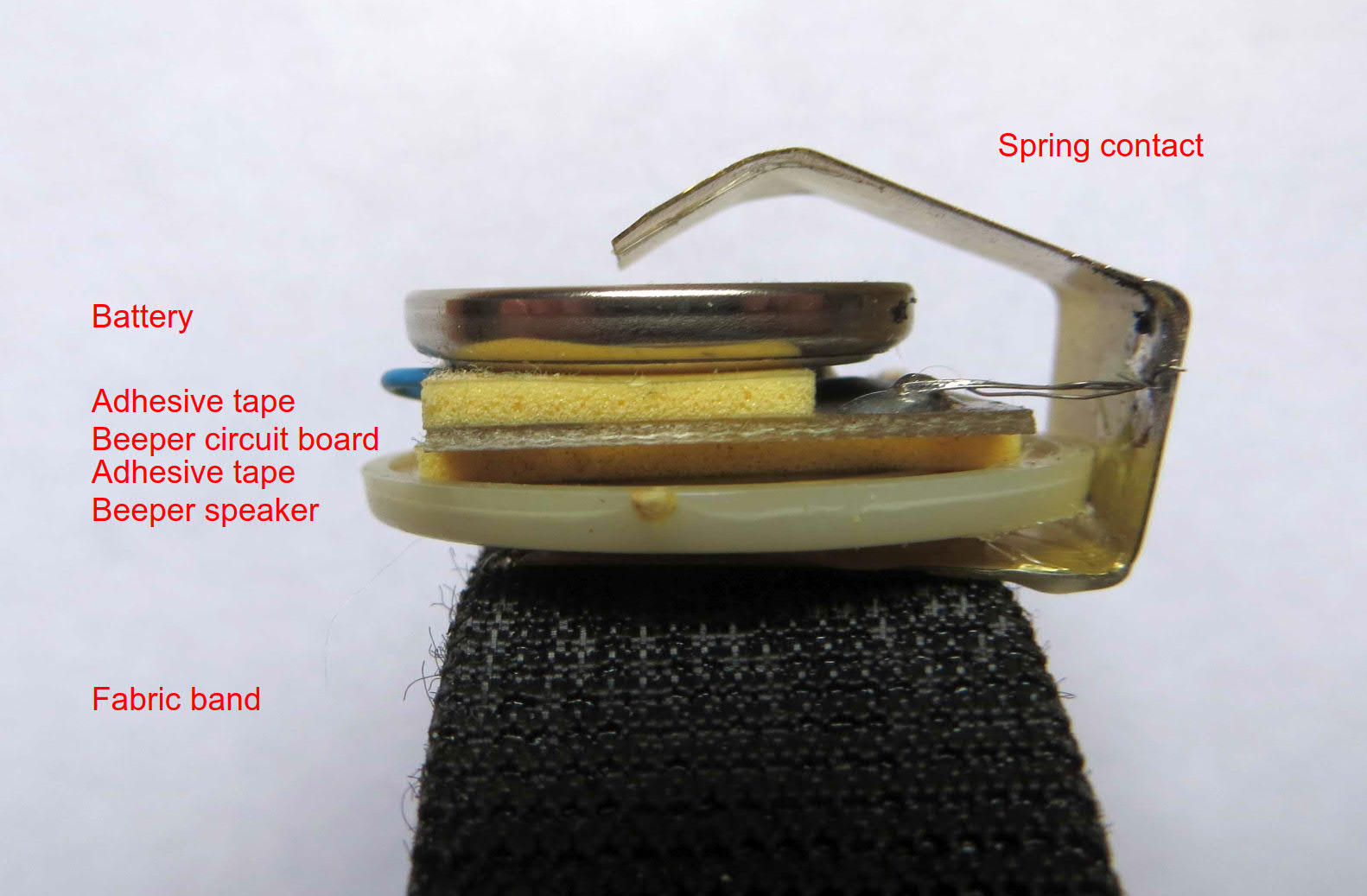 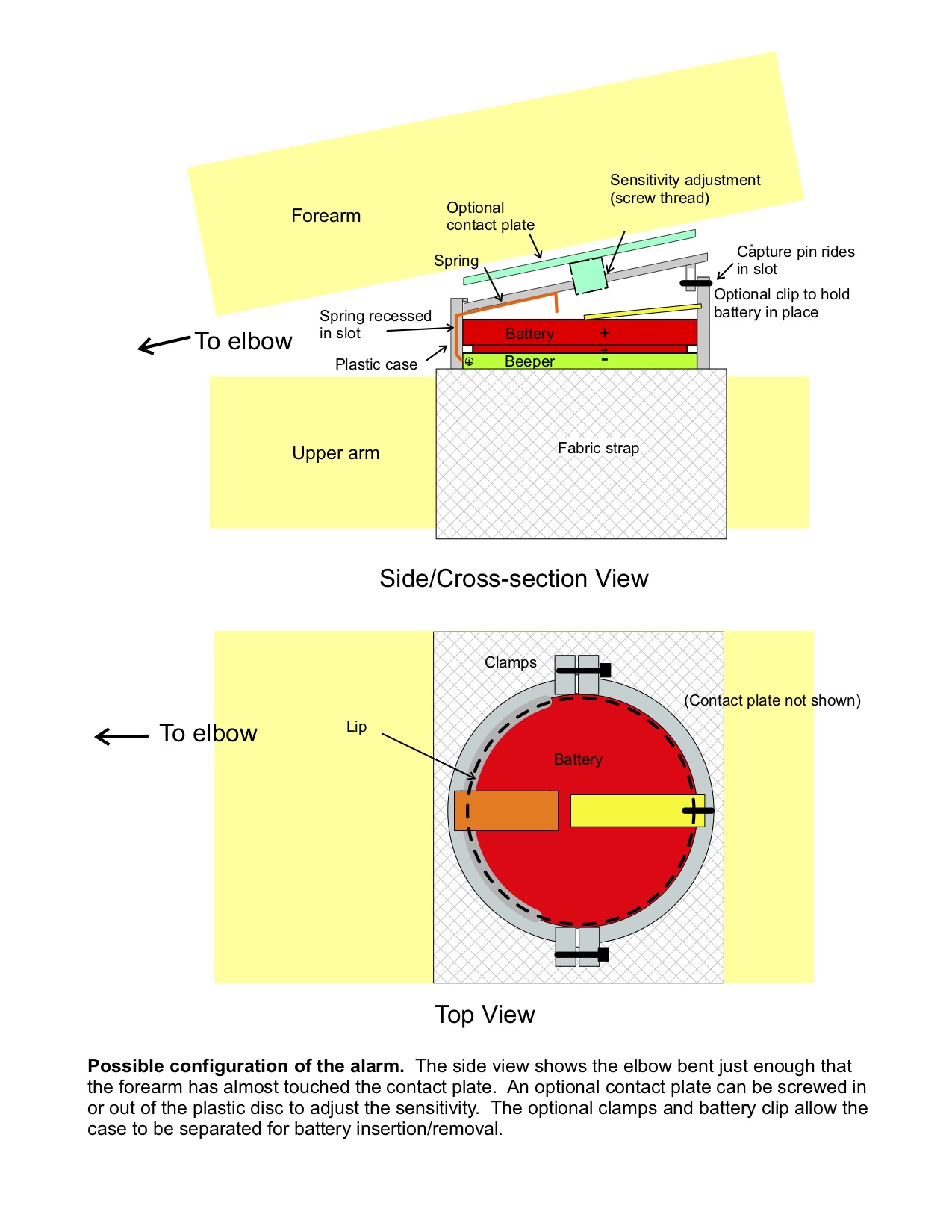 In the era of the corona virus, we are warned not to touch our face, as this can transmit the virus from the hands into the body through the mouth, nose, or eyes. Yet most of us are unaware of how often we do touch our face. This device is a simple means of warning the wearer that s/he is about to touch her face. A primary goal of the design was to make it as inexpensive to manufacture as possible so that the device would be available to people of all income levels.

The basic concept is a "beeper" or other type alarm that sounds or vibrates when the elbow is bent sufficiently for the hand to touch the face. From personal observation I have found that I rarely bend my elbow completely *except* when touching my face. The device consists of a fabric strap worn around the upper arm next to the elbow (somewhat in the manner of a blood-pressure cuff). Attached to the strap is a module consisting of a beeper, a battery, and a mechanical switch. Bending the elbow sufficiently closes the switch, completing a circuit and activating the beeper. A device is worn on each arm.

The top figure is a photo of a crude prototype built to test the concept. (The beeper is taken from a musical greeting card.) The second figure shows a possible design for manufacture. It consists of a short cylindrical plastic housing of diameter just sufficient to hold a common 2032 battery, beneath which is a flat beeper similar to the one in the prototype. One terminal of the beeper makes electrical contact with the negative side of the battery. The other terminal contacts one end of an electrically-conducting metal leaf spring. The opposite end of the spring is positioned over the positive side of the battery, but doesn't touch it. That portion is bonded to a flat plastic disc. When the wearer bends his elbow sufficiently, the forearm contacts the disc and pushes it down, causing the metal spring to touch the battery, completing the electrical circuit and activating the beeper. Optionally, a second plastic disc is attached to the first one through a post. In this way the device can be adjusted in sensitivity by moving the second disc closer to or further away from the first one.

A feature of the design is that there is no drain on the battery except during the brief intervals when the wearer touches her face. So while the housing is shown as consisting of two halves to allow for battery replacement, I expect that battery life would be long enough (years), and the cost of the device low enough, that the device could simply be discarded when the battery finally was completely discharged. This would reduce manufacturing cost still further.