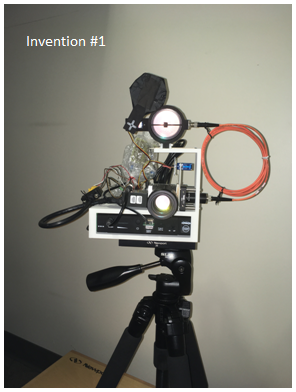 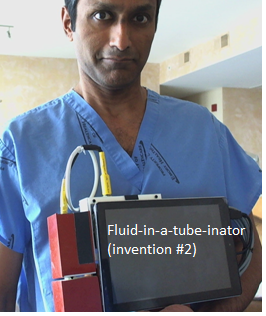 Imagine describing a pathologic process … with just arrays of numbers.

Imagine not needing ionizing radiation, test tubes, special cartridges, or consumable reagents. Recall how COVID-19 testing has been throttled due to rate-limiting supplies of a special new reagent for the new disease.

As a thought experiment, let us apply the "modern medical approach" (actually 50-year old tradition) to determining what the stars are made of. One would need to obtain a specimen from the star and transport it in a specialized container to a facility capable of running that "lab test." The results of that test inevitably lead to more samples being taken out of the stellar patient for more destructive testing, consuming more tubes and cartridges along the way. Even with “point of care” systems, one needs a steady supply of consumable cartridges and reagents … impossible in remote or far-forward medical settings. Eventually, this smorgasbord of data is interpreted by expert(s) with atrocious inter-rater reliability.

Modern tea-leaf interpretation, loosely based on correlations masquerading as science.

In reality, more than a hundred years ago, some smart people noticed that when light from a star was analyzed using a special photographic technique, certain patterns emerged that matched patterns seen every day on earth. Suddenly, a whole new method of “dia-gnostics” (“knowing-across” barriers) opened up! No need to travel to the stars! No proprietary containers or reagents needed!

I present here a crazy idea based on decades of medical, scientific, mathematical, and engineering experience: cameras that convert optically-discriminable disease states into tensors, much as X-rays convert certain conditions into tensors. One important difference: my camera uses harmless visible and shortwave infrared light from household light bulbs, whereas X-rays are ionizing radiation.

What diseases are discriminable with spectroscopy? A 2001 study showed that skin lesions can be characterized remarkably well by reflectance spectrometery. Interestingly, that study pointed out what I independently discovered in 2015: real-world clinical spectroscopy is hampered by lack of snapshot imaging, bulky equipment, lack of calibration/standards, and sensitivity to ambient light. My own preliminary results from an ongoing study show that – finally – an objective test may exist for catheter-associated upper urinary tract infection (CAUTI). CAUTI cannot be diagnosed using the current “standard” – urinalysis/culture. Inappropriate use of urinalysis/culture with indwelling urinary catheters leads to very high false positive rates, because these catheters are frequently colonized with biofilm and shed bacteria in the absence of upper urinary tract infection. This leads to rampant antibiotic overuse and rapid development of resistance; when the patient genuinely gets an invasive bacterial infection, that infection is of course resistant to all readily-available first-line antibiotics.