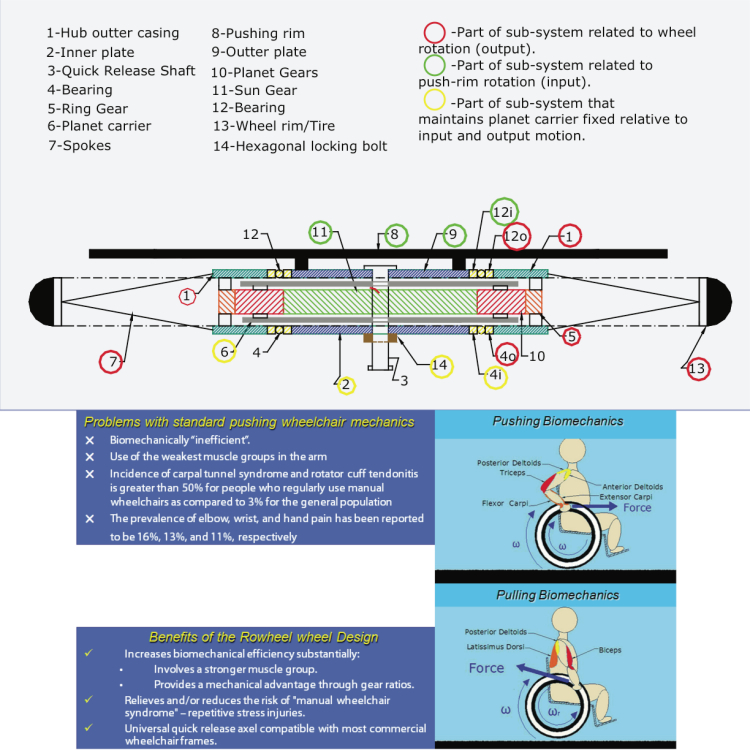 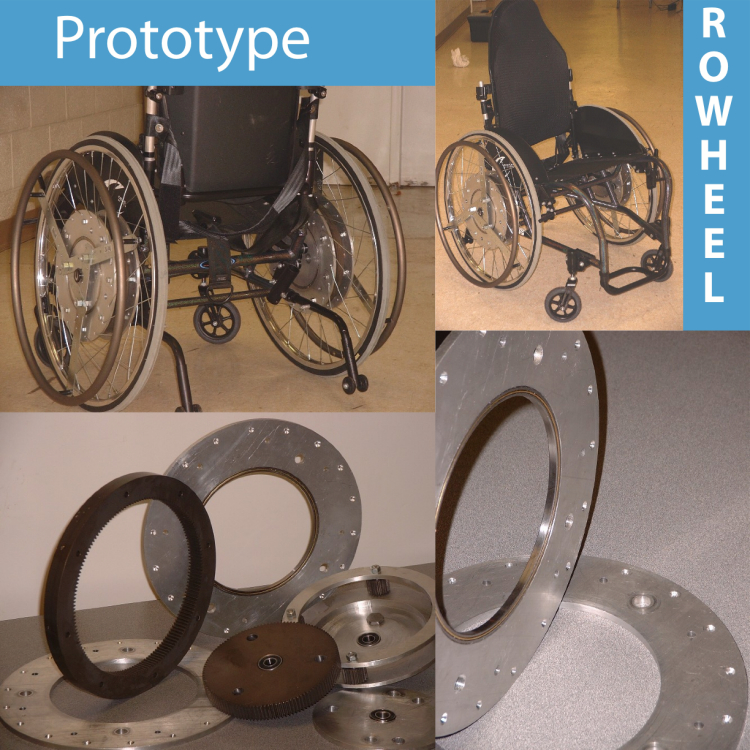 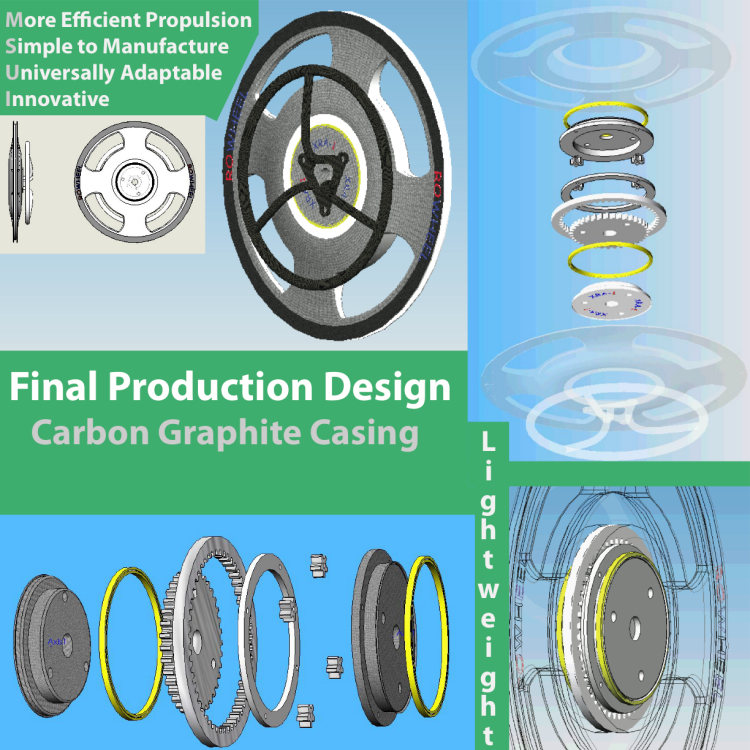 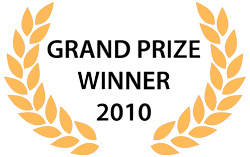 There are approximately 1.8 million manual wheelchair users in the United States and the population is expected to grow at a rate of 10% annually. Seventy five percent of wheelchair users rely on manual wheelchairs. Prolonged manual wheelchair use is directly linked to repetitive stress injuries and pain in the upper extremity. The effects of muscle overuse becoming evident in the forms of muscle pain, torn rotor cuffs, joint degeneration, and carpal tunnel syndrome. There is a need to minimize these types of injuries while retaining the benefits of the exercise that these devices provide. Studies have found continued prevalence and pain intensity, over time, resulted in a change in lifestyle where user ceased to routinely perform these activities. The Rowheel offers a fundamental difference in the approach to manual wheelchair propulsion in that it operates by means of a pulling/rowing motion as opposed to pushing. Biomechanically, it offers a direct and more efficient solution to the problems of shoulder, elbow, wrist injuries, user fatigue and maneuverability, since the pulling motion transfers loads and stresses usually experienced by smaller and weaker muscles in the shoulder and arms to larger and more capable muscles in the upper back, shoulders, and arms, therefore, considerably reducing stresses and injuries experienced by the shoulders, triceps, and wrists.
The Rowheel has similar specifications and appearance to those of existing manual wheelchair wheels. The ability of the Rowheel to mount onto any standard manual wheelchair was of paramount importance and therefore, care was taken in incorporating standard, universal parts where necessary. The key feature of the Rowheel design involves adapting a planetary gear system at the center of the wheel, which reverses the pulling motion of the user into a forward motion of the chair. The unique change from pushing to pulling along with the mechanical advantage created by the use of the gear system will provide an overall increase in user endurance and range.
To operate a wheelchair with Rowheels, the user pulls a standard rim which is connected to the sun gear of the planetary system. This transfers the motion from the user to the wheelchair. The sun gear engages the planet gears (the planet carrier motion is fixed to the chair frame), which in turn engage a ring gear that is fixed to the hub which is fixed to the wheel through spokes. Large bore, small cross-section bearings fixed on to the inner and outer hub plates, allow relative motion between these plates and the inner and outer hub casings to occur. The Rowheel does not require modification of existing wheelchair frames and is easily removed or docked through a universal locking axel allowing the user to quickly disassemble the wheelchair for portability.
A working prototype has been built with relatively simple manufacturing involved. Tires, rims, spokes, and bearing where purchased from third-parties while the gears and hubs were cut in-house. A commercial version would use an all-in-one carbon fiber outer hub/spoke/wheel rim for decreased weight, ease-of- assembly and visual appeal.