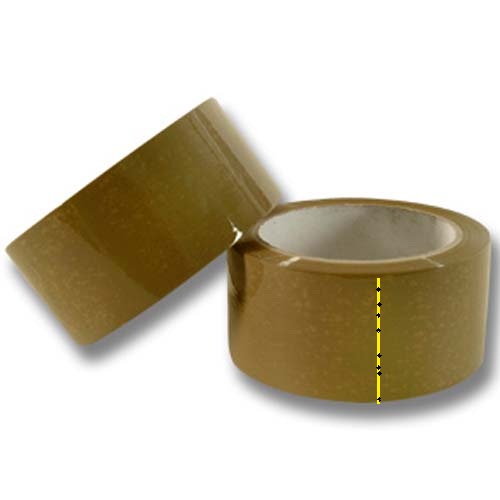 Adhesive tape is a widely used product in both homes and offices. Though engineers and scientists have worked for decades to improve it and create specialty tapes for a variety of circumstances, there is one problem that they have not yet addressed. When using a bare roll of tape (without the convenience of a dispenser of the right size and shape for the roll), the user must find the end of the roll before peeling a new piece. With some tapes this is easy, but with others it is frustratingly difficult. Especially in low light or in the case of individuals with sensory or motor disabilities, it is impossible to distinguish the small ridge of the tape’s end on the surface of the roll.

We propose a new tape which carries a chemical lining between its carrier (the outer layer that provides structural support to the tape) and the adhesive. This chemical would be inactive until the tape was cut or torn, at which point it would be exposed to air by the breach of the carrier layer. Upon exposure to air, it would undergo a reaction that caused it to change color and expand. This would create a colored, textured strip at the end of the strip, which would protrude slightly from the roll and be easy for anyone to find visually or by touch. The stiffness of the cut end would also help prevent the tape from tearing lengthwise along the strip as it is peeled from the roll, another effect which can cause significant frustration.

Various readily available chemicals exist that could accomplish the goal of changing color, including iodine, which turns yellow upon contact with air and iron, which turns red (as in rust). Expansion could be accomplished by a brief and low-energy chemical boiling or burning upon contact with oxygen, which is also a property of some chemical. The energy of the reaction would have to be low to prevent the tape form endangering its users.

Our team believes that this product would be of great appeal to users of tape, as it addresses the most frustrating issues most people have with the product. Many different kinds of tape currently in use could be adapted to use this new technology, from packing tape to what is known as Scotch tape. This innovation has the potential to make it easier for millions of people to use this simple but important technology.