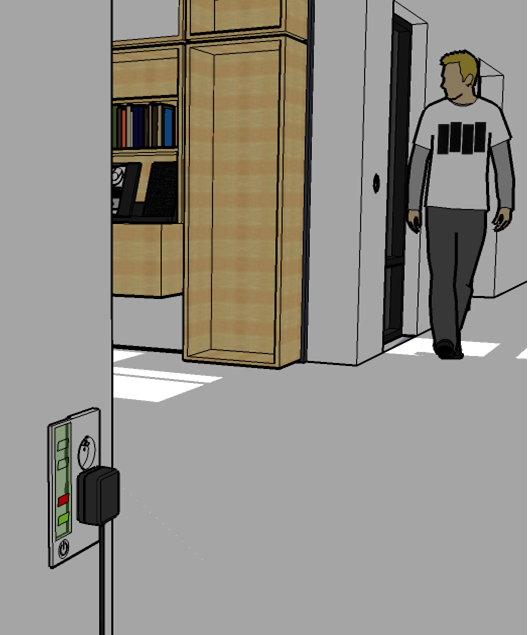 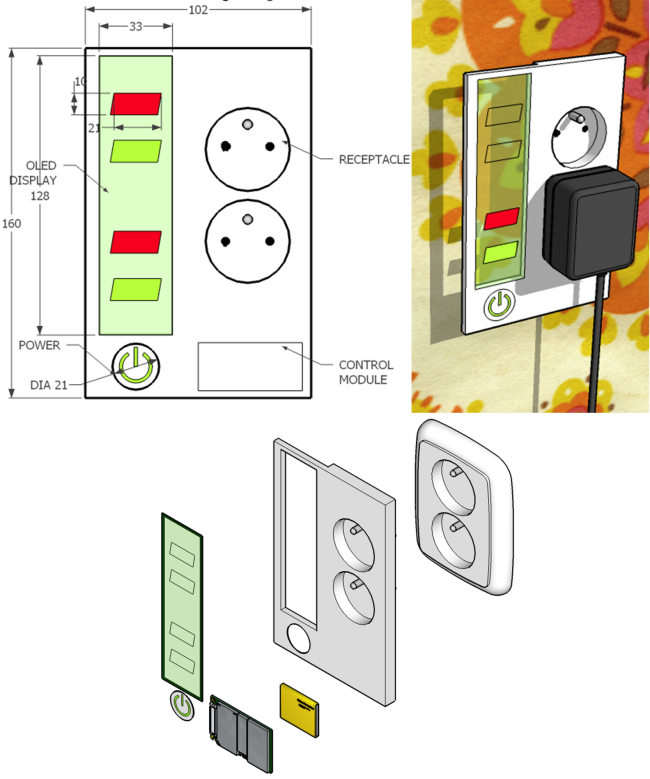 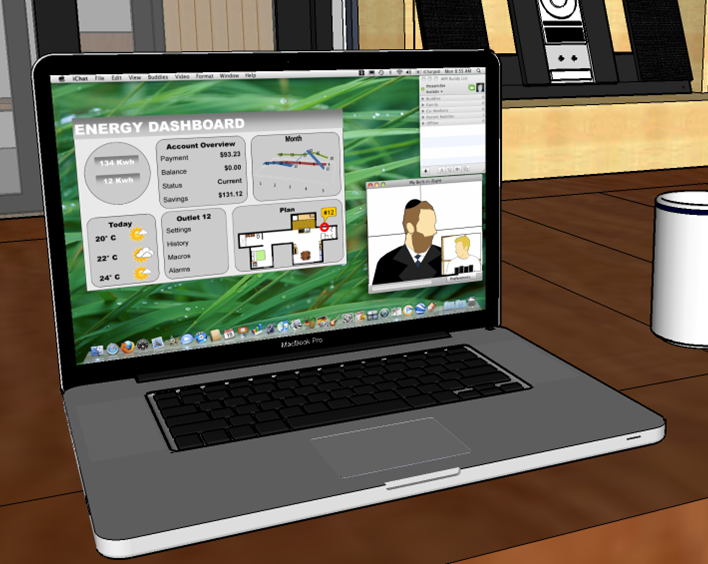 This entry seeks to find a way to broaden our consciousness of our electrical consumption through visual cues and information modeling. The primary issue we would like to “illuminate” is Phantom Power Loads from electronic devices and appliances. Most electronic devices continue to draw a small amount of power when they are switched off. The power consumed in stand-by mode is generally used for remote control features and clock functions. Power adapters for laptops, cell phones and personal media players consume power without providing such features and continue to drain precious resources even when not powering or charging the intended device. Removing the device without unplugging the adapter has not been analyzed in detail and I expect it would produce shocking conclusions as well. The average home expends 75% of its total electricity usage on Phantom Power Loads, essentially wasting 2/3 of our resources and ranking as one of the major contributors to green house gasses. Phantom Power Loads represents a staggering 11% of all electricity produced. Clearly, Phantom Power Loads are indefensible for both consumers and manufacturers. As a society we need a fundamental reimaging of our power usage. The simplest and most cost effective solution is retrofitting existing receptacles with a surge protector-like device that plugs into a standard receptacle. In addition to providing surge protection the device also provides a visual display of power usage and a convenient power off button that shuts off all power to the receptacle. The device utilizes an ultra low power Bluetooth module that creates a mesh network that connects to other receptacles and devices and interfaces with laptops, desktops and smart phones. Information is bidirectional and capable of providing power usage information for each device enabling the end user to make intelligent decisions about their individual personal energy usage and archive information for further review and analysis. Open source software is used to create a program for the analysis of the data and to create marcos that control each device and to set up schedules for the automatic control of devices based on time of day or external factors. The device utilizes an ultra low energy OLED panel to visually display Phantom Power Loads and inform end users and interested parties of its status. The OLED panel is offset from the device and framed in a way to “float” the display area over its surrounding environment, the transparency of OLED technology is exemplified by this and the device embraces and extends the found environment, updating it. The concept is easily extended to include a wide range of devices and services.