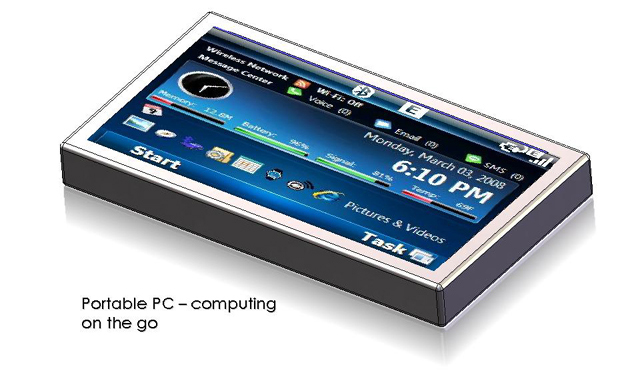 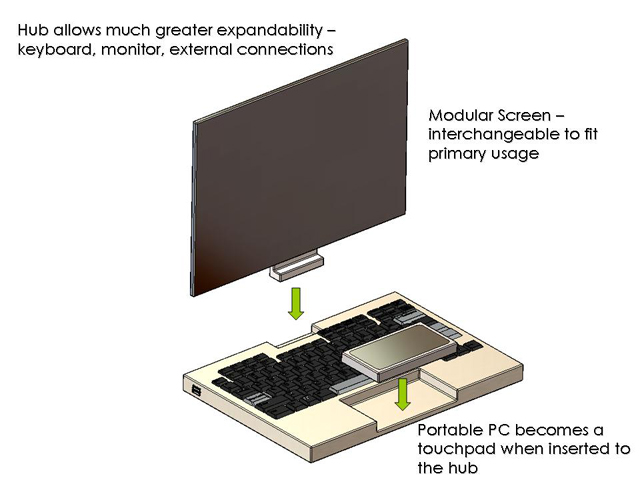 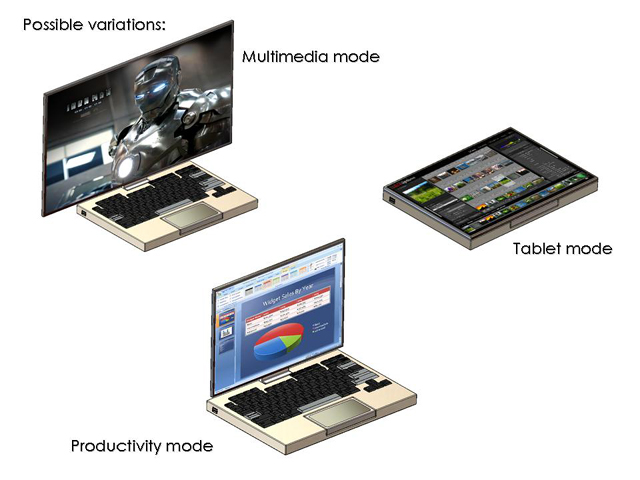 The GOpc solves the problem of having too many gadgets in your life. You have an ever powerful smart phones coming to market and PCs that are becoming ever slimmer and more portable yet the two worlds have yet to merge. Smart phones are still not powerful enough to run a full operating system and laptops are yet to be pocket able. My idea is for a portable PC powerful enough to run your typical applications at the office and at home, yet you can carry anywhere. o The benefits of the portable PC include expanding the idea of transporting your work from the office to home. Since you are carrying the actual PC including the operating system and all the stored files, the office to home transition would be seamless. Not only will you have access to your files on the go but the ability to work and play anywhere. o By itself, the portable PC does everything you’d want on the go, including internet phone, internet access, multimedia features such as pictures, video and audio and full office-related tasks. The touch-sensitive, 4.3” AMOLED screen on the portable PC allows greater battery life and lighter and brighter display. o By attaching the GOpc to the multimedia hub, the GOpc becomes a full desktop PC. This combination allows greater expandability by having a full size keyboard, additional connections for further expansion including additional monitors, external drives, and other peripherals. The hub also has a modular screen that is interchangeable depending on the particular usage. Possible variations include: multimedia mode with a 27” widescreen for watching movies, productivity mode with 15” widescreen for doing office related work, and a tablet mode with a touch-sensitive table screen for art and design related work. The portable PC’s screen turns into a touchpad when inserted into the hub. With the 15” or tablet screen, the GOpc acts like your normal laptop in that you can also move the entire unit altogether. o I can see this being used at home, office and those travelling. Imagine being able to simply bring this portable PC when you travel and having a hub available in your hotel room, giving you a chance to be more productive. o I think the market is going to be very responsive to a device such as the portable PC. My idea of this GOpc expands on the powerful, all-in-one smartphone concept and will allow better expandability of the device. o I believe the technology is close to reality with the computer and graphic processing units that are small and powerful enough to power the portable PC. With flash memory prices dropping, the ability to store the operating system, software, and all your files is also feasible, where it’s becoming common to get a 64GB or even 128GB of storage space as an upgrade for less than $500. The AMOLED screen technology is ready now for a screen size needed for the GOpc.