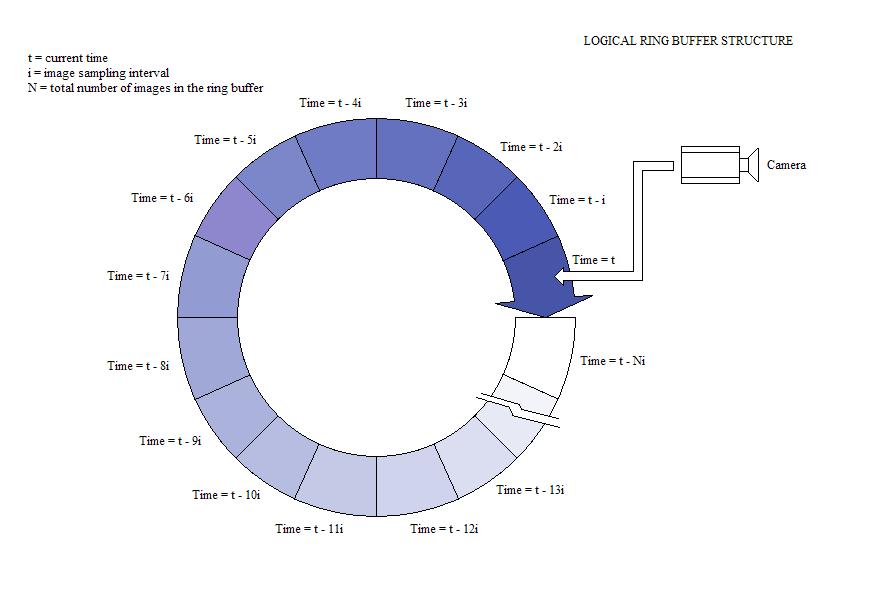 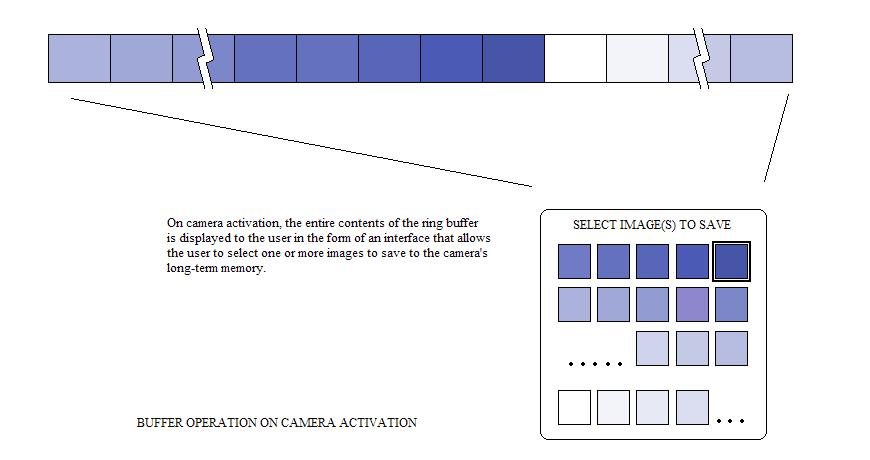 Many years ago, while trying to photograph my dog (who would not sit still), I envisioned a system that would keep me from missing another good shot because of the limitations of either my or the camera's reaction time, or the movements of the subject.

This system is designed to be an addition to an existing digital camera. In normal operation, when a digital camera is activated (shutter button is pressed), a single picture is taken. In this proposed invention, images are taken continuously at a particular (either set or variable) rate. A number of images are stored in a memory buffer, with the newest image over-writing the oldest image as the buffer becomes full.

With this invention, when the camera is activated, the process of continuously saving images is halted. A series of thumbnails appears on the camera's screen allowing the user to select one or more images from the buffer and transfer them to the camera’s primary memory. This allows the user to save images that were captured prior to the activation of the camera.

In other words, the user can take a picture that they “missed” because they activated the camera too late. This ensures that the user doesn’t miss a shot because either their reaction time, or the reaction time of the camera system was too slow as compared to the event that they were trying to image.

To the end-user, it would seem as though the camera were able to briefly look "back in time" to take a shot that they just missed.

A prototype of this camera system exists, created using commodity hardware and software written in LabVIEW.