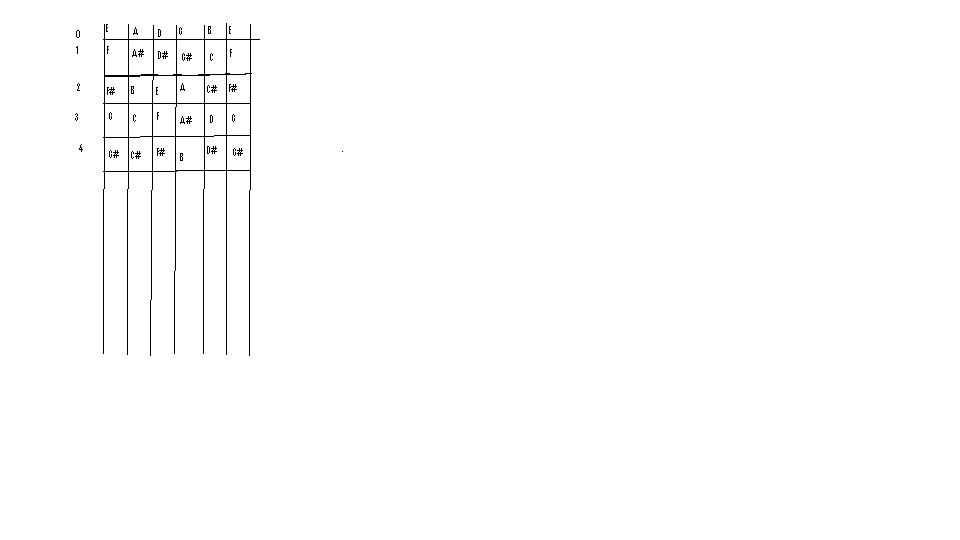 E-TAR or the Electric guiTAR with NO Strings, just buttons

The problem is that for every 1 good guitar player, there are 9 other persons who have tried and failed. I am one of them. I do not have any hand coordination at any level to play a guitar. I can find the notes, like the chart above, but I cannot make a chord, 3 notes at once, for any length of time. Pressing down on the strings is no easy and is painful. Only with repeated exposures of pressing down on the strings will there be any chance of building up skin layers or calluses. This too is a painful and discouraging process.

Also, when I was much younger, my elementary Music teacher made me and all my classmates play a cheap plastic whistle flute, a recorder or a flute-a-phone. The instrument is great for the teacher, because it has all the basic notes to teach music. For the students, it is a cheap thing that has no use outside the classroom. Have you seen a person, an adult, playing a recorder?

Solution: The E-Tar.
1. Rather than using a finger on ”string” to produce a note, this device would use “buttons” per note. This would ease the pain of producing callous on fingers to produce a sound. And a weaker hand or fingers could be used. As a feature, the “buttons” could have LED’s which would show what note it is.
2. It is much smaller or shorter than a normal guitar, about the size of mandolin. But the neck, where a person or player puts their fingers, would have the width of a normal size guitar.
3. The E-Tar would have several switches to the player.
a. SW1: Switch from playing a note to chord. Only 1 finger is needed to make a chord.
b. SW2: If SW1 is on Then SW2 would 4 positions for what type of chord: Major, Minor, 7th, Dimitative.
c. SW3: Switch to Acoustic, Bass, Electric sound and any other instrument sound.
4. In its simplest state, it would have only the 1st 4 frets to use. Thus every “line or column of buttons” would have only 5 notes possible. But this would provide the basis needed to learn the same notes on a regular guitar.
5. The E-Tar will have capabilities to add 1 USB port. This will allow for other instrumental sounds.
6. This instrument should be introduced in elementary schools and replace the “recorder”.
7. With the help of the Wi game box and the game “Guitar Hero”, there are more people wanting to learn guitar playing but who will never do it because guitar playing difficult to do many people.
8. The E-Tar could also have electric-pickup and jack that would allow it to plug into a regular electric guitar amplifier, so the player can be part of a normal band.
9. A simple, striped-down E-Tar should not cost more than $100.