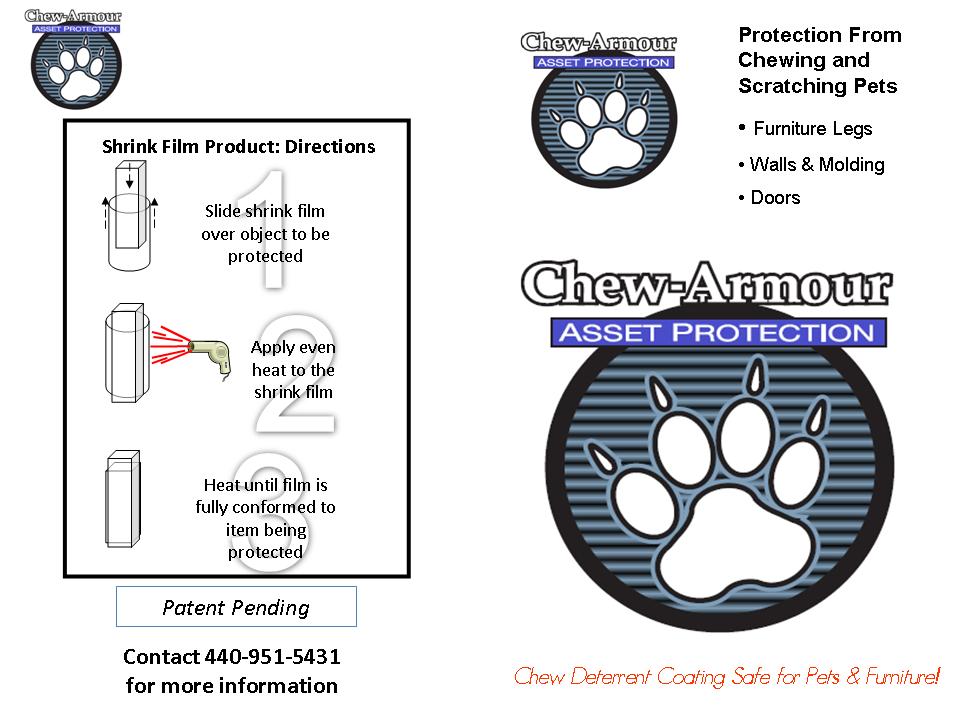 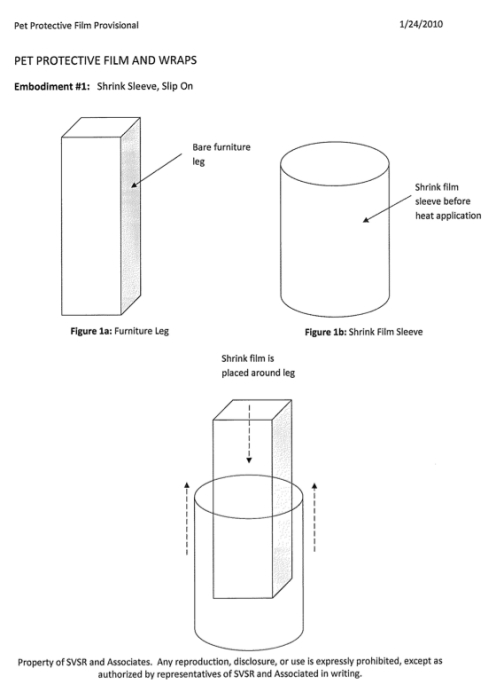 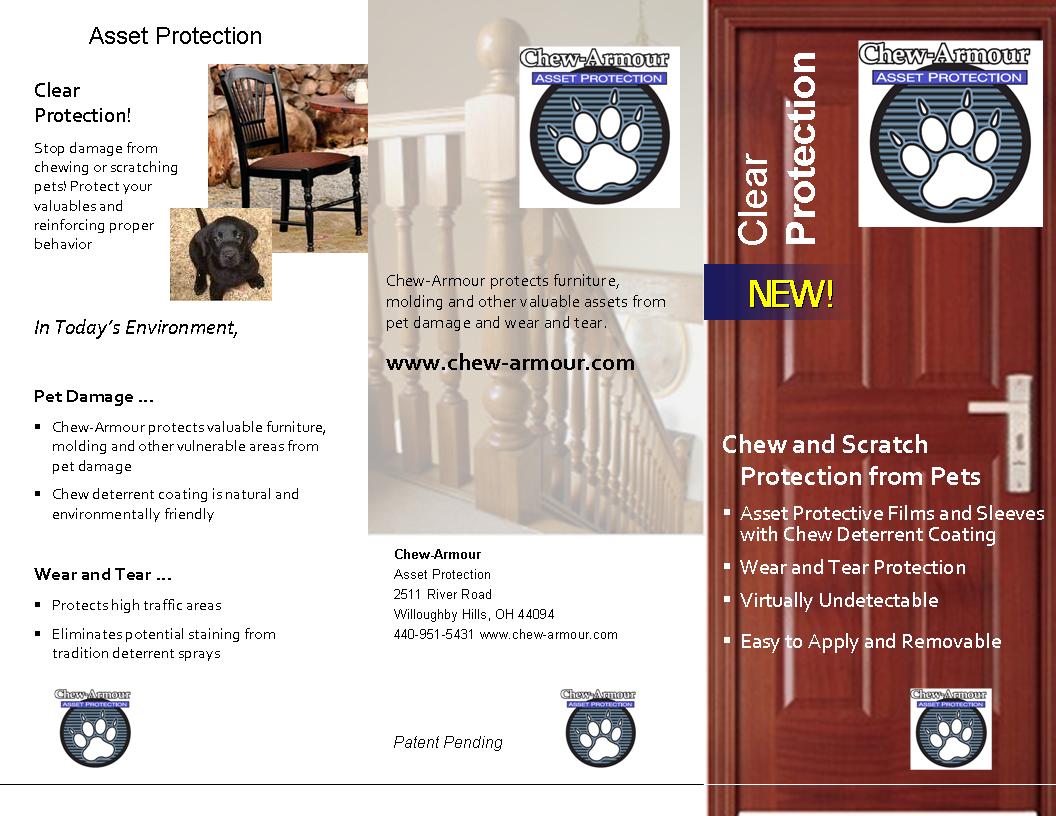 CONCEPT SUMMARY:
The new concept is protective film or wrap that can be treated with deterrent chemicals to limit or eliminate destructive pet behavior. The new invention protects the surfaces in two ways. The first is to provide a physical barrier between the pet and surface. The second involves a deterrent coating, which will repulse the pets when destructive actions are attempted. The protective films or wraps can be applied in various ways including adhesive (removable and permanent), shrink films, static cling or other methods of attachment.

DETAILED DESCRIPTION
The functionality of the concept would be as follows: the pet owner would utilize the barrier protective film to protect such things as furniture, molding and other household materials. The film could be made of such material as Polyester, polyurethane or some other barrier film.

The concept utilizes a treated film with a material that is non-toxic to the pet but would deter the pet from causing damage to property. This invention would act both as a protectant and a training device by deterring the pet from damaging the substrate upon which the material is applied.

The treatment of the film would work as follows: a non-toxic bitter solution such as what is commercially available (bitter apple for example) would be used to treat the film so when the pet licks or tries to chew the material it would deter them from continuing due to the taste of the material. The film itself would also act as a protectant.

Attachment of this invention could be accomplished by the following: a treated shrink film that has a welded seam (sleeve form) would be placed over the leg of a piece of furniture and a hair dryer would be used to shrink it to fit the object. The second example of a possible attachment would be to have the shrink film supplied in a flat sheet with adhesive coated on the one side and have the consumer attach to fit and then use a hair dryer to shrink to fit the object. The consumer would trim off the excess. The third attachment would be for flat surfaces and the treated film would be supplied in flat sheets with either a laminated pressure sensitive adhesive or some other adhering mechanism (static cling for instance) to adhere to flat surfaces. The adhesive or other attachment mechanism would not leave behind any residue to damage such substrates as woodwork.