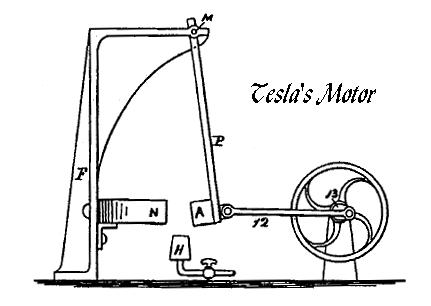 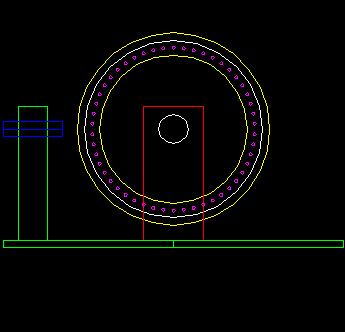 Introduction The concepts that I would like to present are a thermal-magnetic motor and a planetary transmission that operates off a set of calipers, instead of a band. I was first introduced to the thermal-magnetic motor in 1980. A thermal-magnetic motor works off the Currie Point of metals. All ferrous metals lose their ability to hold a magnetic field at a certain temperature. Different metals lose theirs at different temperatures. Nickel has a very low temperature and can still hold its shape, so it is the metal I choose. The first experiments were conducted using a metal that was used in old speedometers, as friction heated a magnetic coupling, the bond would slip and compensate the reading. This was a four-inch disk that would run off a magnifying glass, match or cigarette. I then worked with a larger disk of high nickel steel fitted on to a VW generator. The best efficiency that I could accomplish was 20 percent, then the disk saturate with heat and quit. I could spray the disk with a water bottle, but never exceeded 20 percent efficiency. I include an illustration of Tesla design and the similar model of my own. Green = Base, Red = Support, Yellow = Nickel and/or Nickel steel White = Shaft and Aluminum Disk. Purple = Bolts, Blue = Magnet Heat the spot just above the Magnet. The planetary Transmission is just a planetary, with the ring gear stopped with a set of calipers. The ring gear is allowed to free wheel, until the calipers slow or stop it, in turn driving the sun gear. The Future We are using Currie motors in combined system Natural Gas steam turbine generation stations. There are large pools of Sea Water at our power stations. The water is broken down to Hydrogen and Oxygen, at times of low demand. At times of high demand, the Hydrogen is injected into the Natural Gas or Coal. Ambient air is burned and the Oxygen is used to control the purity of the burn. Extra Oxygen is sold or vented to the atmosphere. The Tools The separation of Hydrogen and Oxygen is accelerated if you use special frequencies. All the collecting pools are submerged in larger pools of water for safety. The drive shaft of the curie motor is connected, with planetary gear systems, to a generator at one end and an alternator at the other Electric is generated for the grid with the alternator, while the generator is use to create gas. The transmission is also used in windmills to control the input speed to the generator. Paul E. Rettich 133 South Walnut Street Germantown Ohio 45327 This email address is being protected from spambots. You need JavaScript enabled to view it.