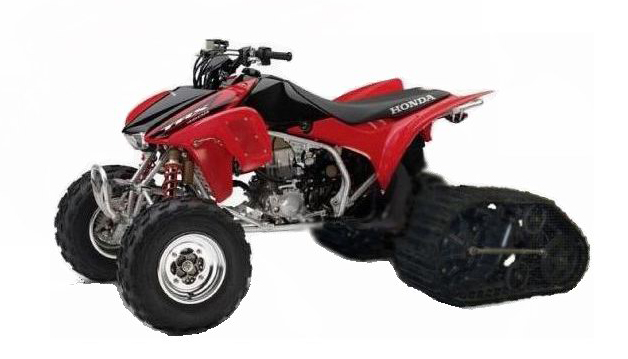 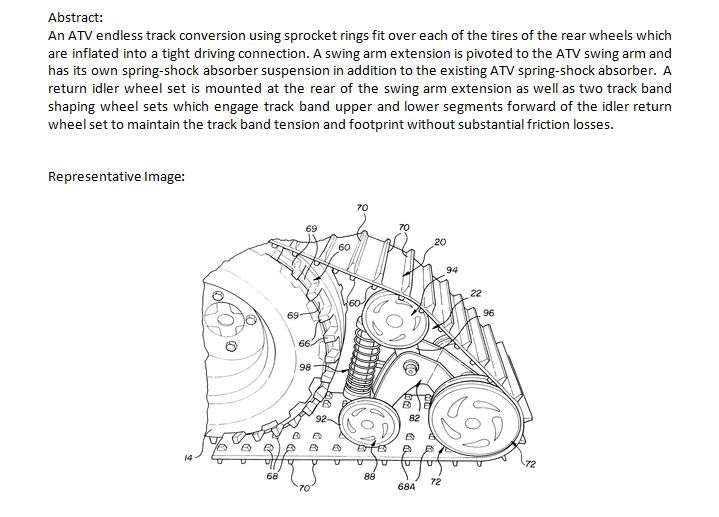 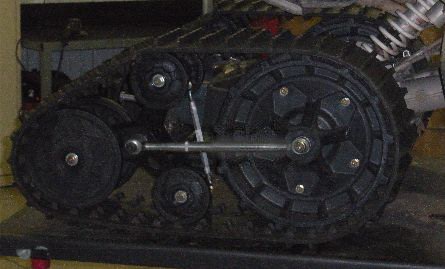 My all-season ATV track conversion kits convert the rear ATV tires to a tank-like tread system. The track system provides greater contact with the ground, increasing stability and reducing the chance of the ATV from flipping back onto the rider, which may result in serious injuries. The tracks allow the ATV to better maneuver on all surfaces where traditional tires would get stuck or slip (e.g. sand, snow, mud). In addition to the track system, a front end tire to snow ski conversion kit is added. The ski kits allow the ATV to be used during the winter months as a snowmobile, thus giving ATV riders an option to convert their ATV rather than spending many thousands of dollars and hassle of storing a traditional snowmobile. My conversion kits have virtually zero gear reduction loss, they provide increased traction without comprising performance.