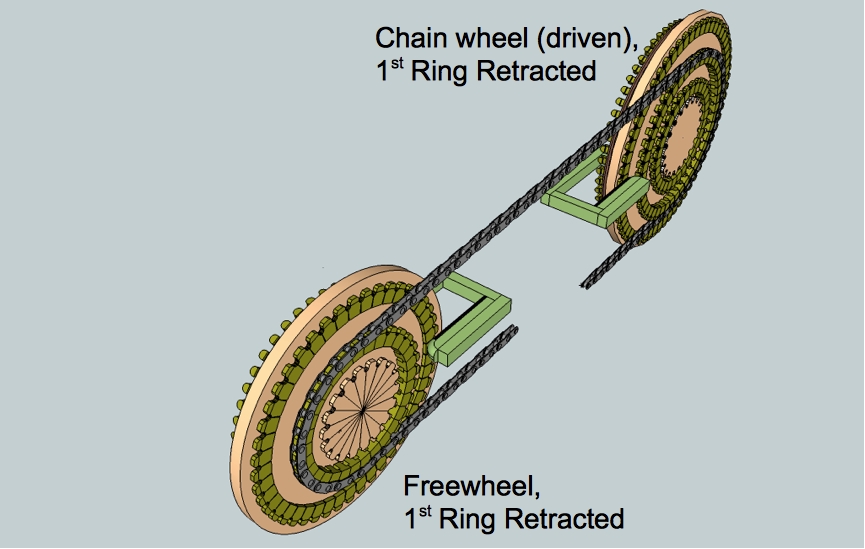 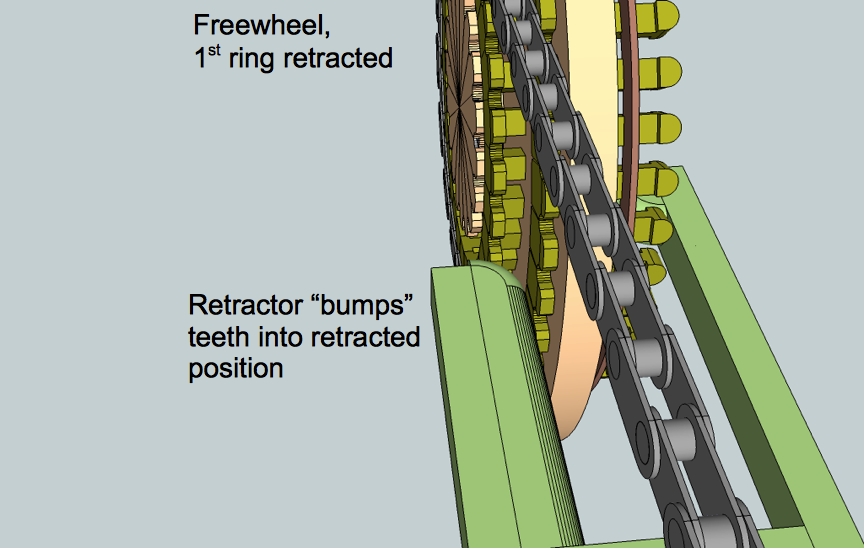 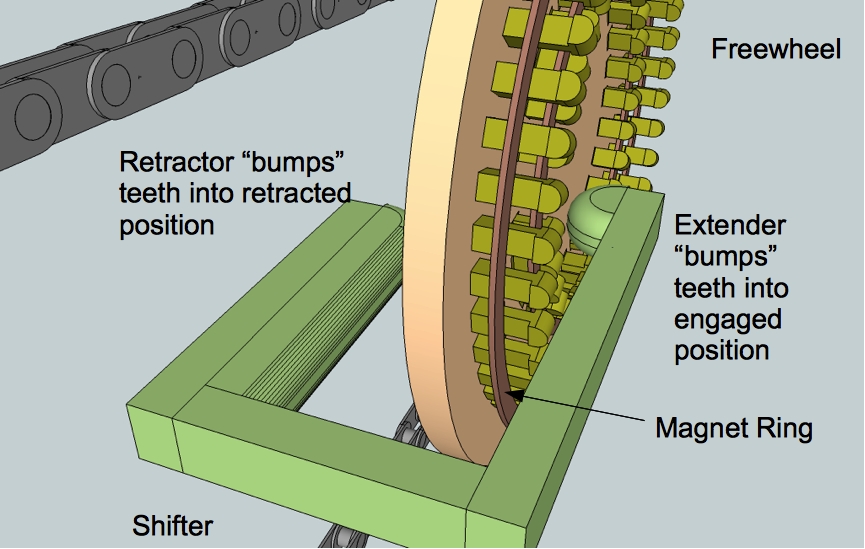 This concept addresses those problems by using rings of retractable, bistable teeth mounted in each of a pair of wheels. The gear ratio is changed by extending/retracting the rings of teeth to choose an appropriate combination. The teeth are moved by a shifter fork (light green) operating in the portion of the wheel where the chain is not engaged. The shifter only serves to move the teeth from one stable position to the other.

A standard chain tensioner adjusts for chain length (not shown for clarity.)

FEATURES/BENEFITS OF THIS DESIGN

Rings of extendable teeth:
-- All gear ratios are coplanar
-- No forbidden combinations
-- No side load on the chain
-- Other constant-pitch flexible members. like toothed belts, may be used as well
-- The mechanism may be enclosed, since jamming is eliminated

Bistable teeth:
-- Shifter contact lasts only until the tooth goes over-center, when the tooth moves into
the other stable position

While this concept describes a general-purpose transmission, the most familiar example of the current technology is a multi-speed derailleur bicycle. In this application, there are additional advantages to this concept.

Currently, derailleur-equipped bicycles must come to a stop with the correct gear for resuming already selected. This is a serious safety concern. Starting out in the high gear that was in use before the cyclist came to a stop can put excessive load on the knees of the rider.

On hills it is essential to reduce gear ratios before the gears are moving too slowly to shift. Failure to do so means a walk to the top of the hill, or dismounting, holding the rear wheel off the ground, and shifting to an appropriate gear.

In summation, this concept retains the efficiency of chain drives, while eliminating many of the problems in current designs.