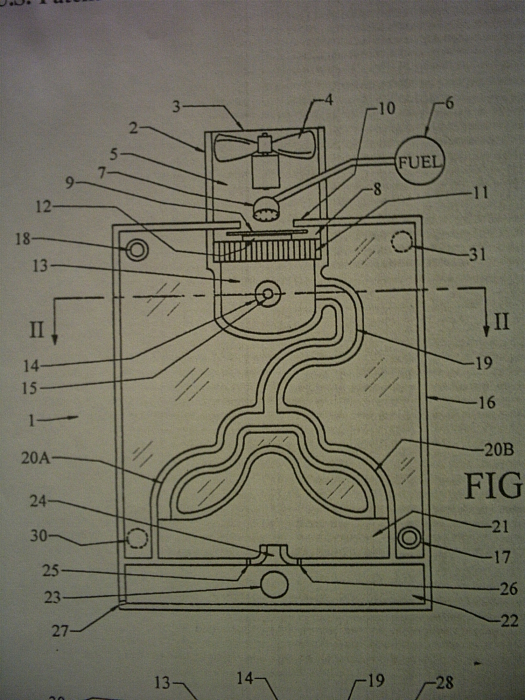 The U.S. is the largest user of energy and also has vast deposits of coal. Existing methods of producing electricity from coal has the problem of releasing large amounts of carbon dioxide into the atmosphere, which increases global warming.
A more efficient method would be to fuel pulse combustion devices with coal gas. A pulse combustion boiler (see expired U.S. patent #6,016,773) ignites fuel/air mixtures in a continuing series of detonations. These detonations force hot combustion products to flow through internal passageways such as combustion chamber(s) and narrow exhaust pipe(s), the internal walls of which allow heat transfer to water or some other medium. More heat is transfered to the containment vessel with this method because of pressure fluctuations and because the mechanical action of the detonations is used to force combustion products out the exhaust instead of relying on thermal draft through a flue or chimney. Laboratory testing of one such device determined that it was capable of producing steam with an efficiency of 89% with an exhaust flue temperature of 135F.
This seems to indicate that a pulse combustion boiler mated to a 70% efficient turbine should be capable of an overall fuel-to-torque efficiency of about 62%, which is 50% better than a diesel engine.
Other technology has shown that burning coal gas results in a 40% reduction in CO2, compared to burning regular coal. Environmental damage from traditional coal mining can be mitigated through the use of underground coal gasification, a technique which results in only a liquid fuel being brought to the surface.