Some Hair of the Dog that Bit US 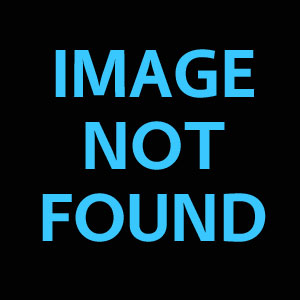 Many inlets, estuaries, and wetlands suffer from a common heritage: contaminated sediment. Scientists are only now beginning to realize that old, contaminated sediments covered with new, clean sediments does not mitigate ongoing damage from the buried sediments. For example, fish flies burrow 5 - 10cm into the bottom of rivers and lakes, and spend two years there before emerging for a few days to mate and reproduce on land. When they emerge from the sediment, significant amounts of buried contaminants are released, leading to algae blooms, oxygen depletion, and fish kills in areas where the use of contaminated storm water runoff is already regulated.

Directional drilling was developed in the oil drilling industry, and uses specialized downhole equipment to allow the drill stem to be directed as necessary to optimize retrieval of deeply buried gas and oil deposits. This technology is used for deep water offshore drilling, currently the subject of much debate as it relates to the ongoing environmental catastrophe in the Gulf of Mexico.
This same technology has been adapted by the construction industry, and allows pipes, fiber optics, and wires to be buried in environmentally sensitive areas without trenching through those areas. It can also be adapted to remove sediment from below the benthic layer, providing a number of advantages:
• The benthic zone remains nearly intact, as the undisturbed bottom settles into the void left when the horizontal core is removed.
• Newer, relatively clean sediment remains in place as a cap while older, more heavily contaminated sediment is removed from beneath it.
• Turbidity at the bottom of the water column and full column turbidity caused by sealed or conventional mechanical dredges (respectively) is eliminated.
• The cost to store and treat process water from hydraulic dredging is eliminated.
• Contaminated sediment can be removed and piped directly into sealed trucks without contacting the water column or air surrounding the operation.
• In-situ bioremediation or chemical remediation of buried contaminates is possible; for example, ozone can be injected to break down organics (PCBs, PAHs, DDT, etc), iron can be added to neutralize arsenic, etc.

Commercial applications and benefits include:
• Horizontal dredging removes sediment below the bottom and from a distance, allowing dredging to occur under docked ships and in active navigation channels, and would cost far less that the average $350 per cubic yard to remove sediment using conventional means.
• The scope of work can be scaled down easily, allowing agencies, municipalities, marinas, etc. to establish annual dredging budgets and long term dredging permits rather than attempting to fund large capital expenses associated with major dredging projects every few decades.

Folk wisdom has it that a problem's solution can sometimes be found by in 'the hair of the dog that bit you'. Directional drilling, developed by an industry which has been environmentally problematic, may be able to provide a solution for cleanup of contaminated sediment by adapting conventional directional drilling equipment to develop directional dredging as a viable cleanup alternative.