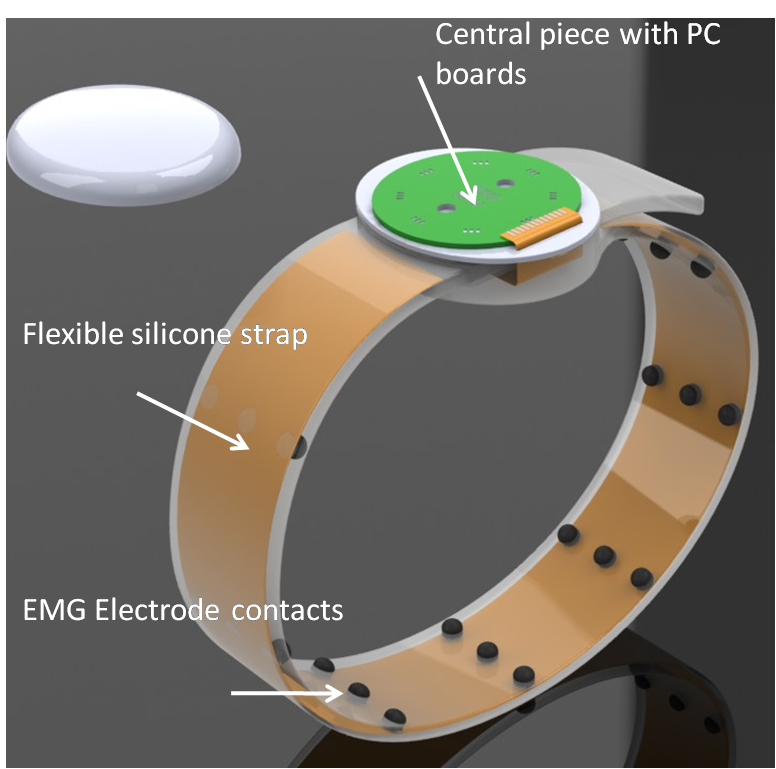 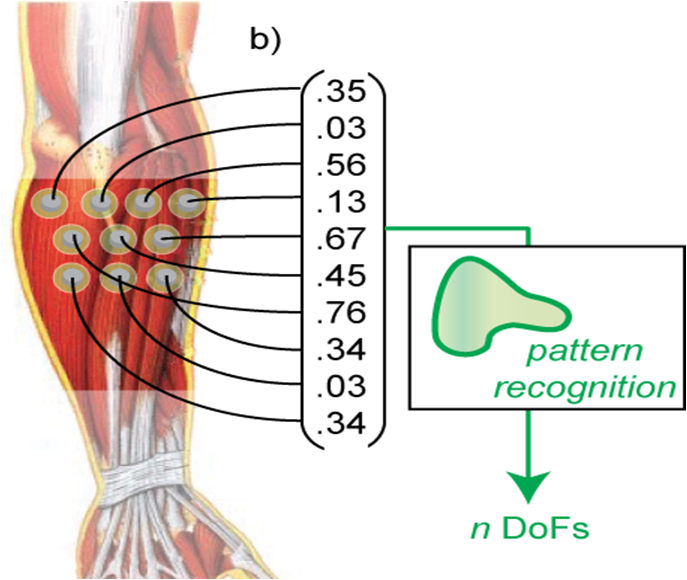 There are over 140,000 people living with upper limb loss in the United States today and 1 in 12 new amputations are of the upper limb. In a study examining the employment history of 1630 upper extremity amputees,it was found that the unemployment rate went up from 1% to 19% after amputation. Unemployment only adds to the already existing anxiety and depression introduced due to physical and emotional pain of limb loss.

These days, computers have become ubiquitous and many median salary professions require the ability to easily interact with a computer. Unfortunately, computer interaction typically involves the use of two fully functional hands. Thus, any assistive device that will provide an amputee with an ability to interact with computer will help in creating more employment opportunities for this patient population. The following paragraphs describe the scientific principle and the technology behind a device that will do just that.

Motor nerves carry the motor commands from the brain to the muscles in the arm in the form of electrical signalscalled Electromyographic(EMG) signals. Each muscle contracts at different level to articulate a specific grasp in the hand. This differential activation forms a unique pattern or signature that can be used to extract the information about the associated movement. Even after amputation, amputees have a sensation of a “phantom hand” that they can control by contracting the muscles remaining in their residual stump.

We have, for-the-first-time, developed a device that records the electrical signals from the residual stump muscles and use it to extract the intended movement. The device comprises of 1) surface EMG electrodes that picks up the muscle signals from beneath the skin; 2) a multi-channel EMG amplifier to improve the signal to noise ratio; 3) a microcontroller that implements artificial neural network to extract the movement intention from the amplified signals; and 4) a Bluetooth® transreceiver to communicate the intentions to the computer. The device resembles a watch, with a central piece housing the electronics boards and straps containing the EMG electrodes. In our pilot experiments on 5 below-elbow amputees, we were able to extract up to 4 movements intentions from forearm EMG signals with over 90% accuracy.

With the technology described above, we plan to develop a computer interface for upper limb amputees calledMyo3DTM. This PC mouse utilizes theEMG decoder described above to implement the clicking functions (left/right click, scroll up/down). Mouse cursor position is provided by 3-axis accelerometers which track the motion of the residual limb, much like the Nintendo WiiTM controller. Together, this device provides many basic PC operations to the amputees, such as browsing internet, checking emails, reading documents etc.

With the loss of an arm, the ability to feel or touch or grasp with their injured arm(s) are greatly diminished. Unfortunately, with these deficiencies many amputees lose their jobs. With the Myo3DTM, amputees will be able to operate a computer like any other person and possibly create new employment opportunities.