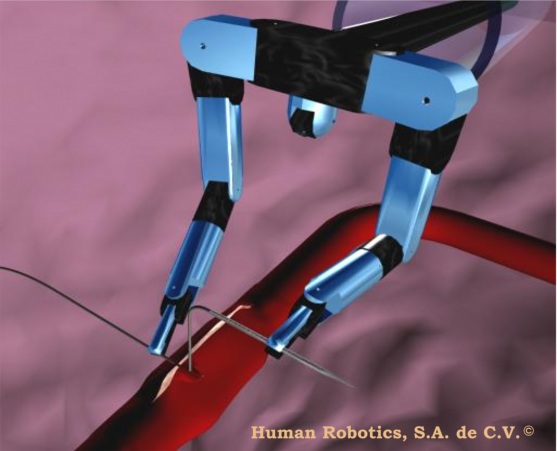 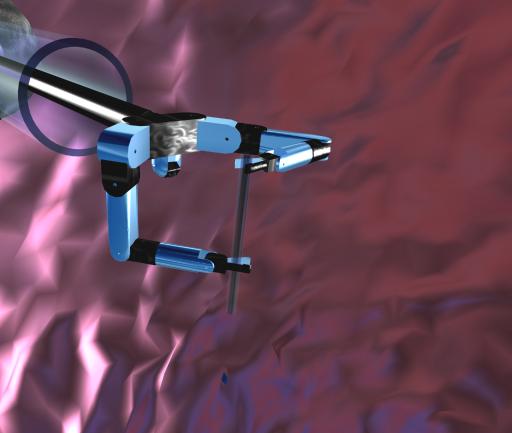 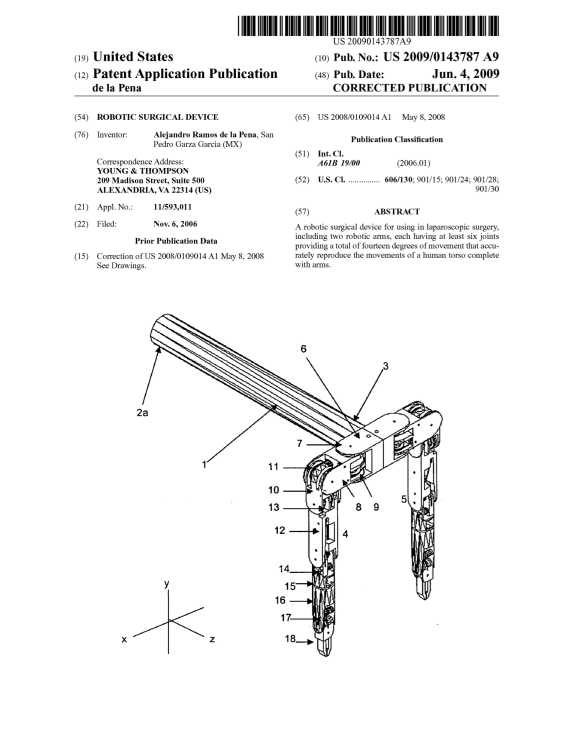 Human Robotics is a small high tech company dedicated to Research & Development of new anthropomorphic robotic technologies for being applied on minimally invasive robotic surgery.
The company has developed a miniature anthropomorphic robotic torso which includes 2 arms, trunk and a miniature camera. Each arm has 7 Degrees of freedom. The invention has been entitled Robotic Surgical Device.

Competitive Advantages of the Device:
• Robotic Surgical Device (RSD) has 14 Degrees of Freedom (DOF), other devices only have 3 or 4 DOF.
• RSD simulate upper limb surgeon’s movements.
• Direct correlation between surgeon’s articulations and RSD joints.
• Easier for the surgeon to control, since it can be maneuvered using the same movements learned during the standard training, lowering surgeon’s training time and costs.
• Tissue cutting or suture procedures need at least two robotic arms, RSD only need one incision in patient’s body to accomplish this procedure.
• RSD’s Hand can be modified to allow diverse instruments.
• Via a complex system of cable and pulleys the servomotor’s movement is transmitted with precision and very low friction to the RSD joints.
• Unique access method: RSD’s extremities put together on a parallel position in front of the trunk, pointing directly to the access via lumen, so only need one incision in order to introduce two arms trough a 2.5 cm incision.
• Diversification: due to the RSD’s unique manipulation capabilities the system could be applied on eye surgery, hand and feet microsurgery, neurosurgery, etc.

A functional aluminum prototype has been built, to demonstrate the ability of the device to perform diverse range and combinations of movements.