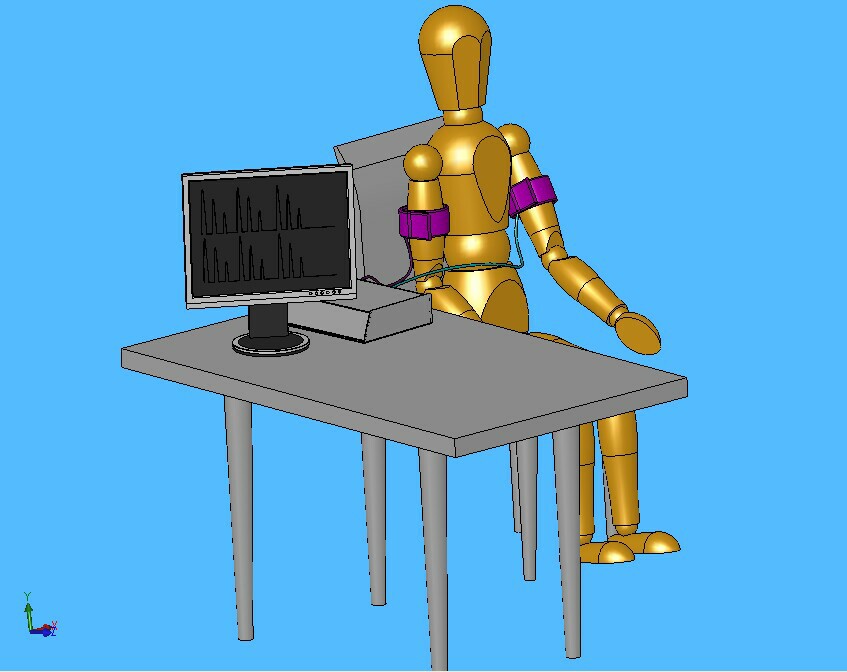 This innovative system combines the diagnostic tools of Eastern and Western medicine. By monitoring and examining the blood pressure and pulse in both arms concurrently, I believe a multitude of hidden symptoms of many debilitating ailments can be found.

Eastern medicine has long believed in the reading of the pulse in both wrists ( commonly known as reading the flow of the 12 meridians ) to diagnose injury and ailment which might not even be felt by the patient at the time.

Western medicine has long known the valuable information derived from reading a person's pulse and blood pressure. The physician employs this data much the same as his Eastern counterpart as an invaluable first step to diagnose the health of an individual.

By taking the diagnostic processes of both Eastern and Western medicine, the Blood Pulse and Pressure Diagnostic System can retrieve and record subtle differences in pressure and pulse of both sides of the body at the arms. Since this methodology has never been used previously, it will initially be employed to record this data from all patients. As the database becomes more comprehensive, trends will be seen in patients in various stages of their ailments.

It is strongly believed that for its first use as a diagnostic tool, the Blood Pulse and Pressure Diagnostic System would be found to detect slight differences and changes in the pulse and pressure between the two arms which would signal the eminent danger of a stroke.

Once the medical industry begins to employ this system it is certain that the uses will quickly become more and more numerous. By noticing differences between the arms' pulse and pressure, restrictions of flow will be easily detected and even the amount of time difference between pulses will prove to be significant in diagnosing illness.

Much the same as the Stethoscope and Blood Pressure Cuff were revolutionary in their use as diagnostic tools for the physician, the Blood Pulse and Pressure Diagnostic System will prove to be essential for the advanced treatment of many ailments for which we currently have no way of detecting their occurrence