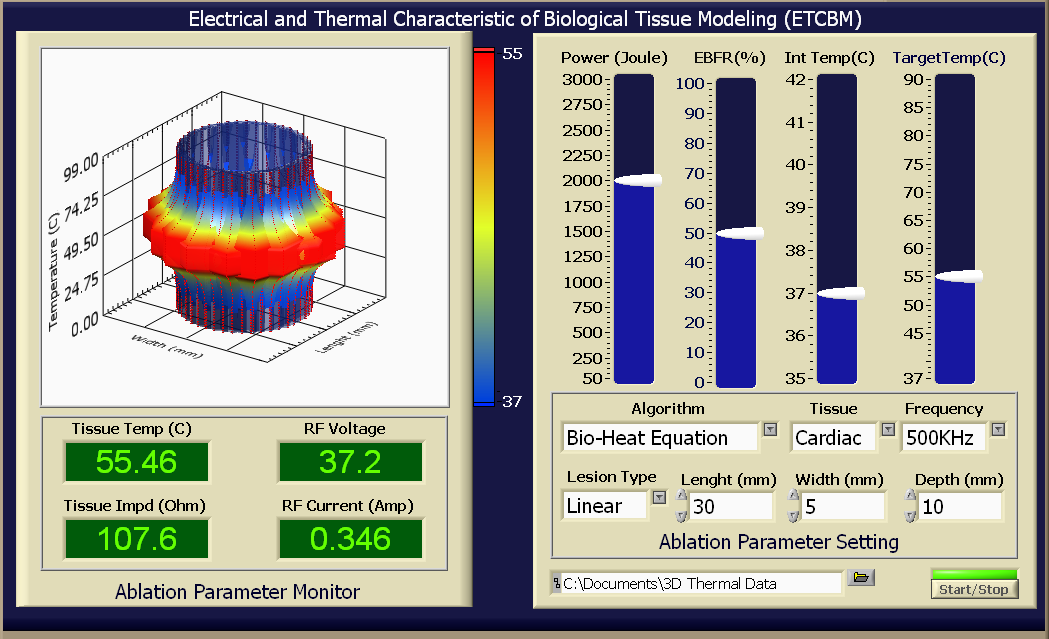 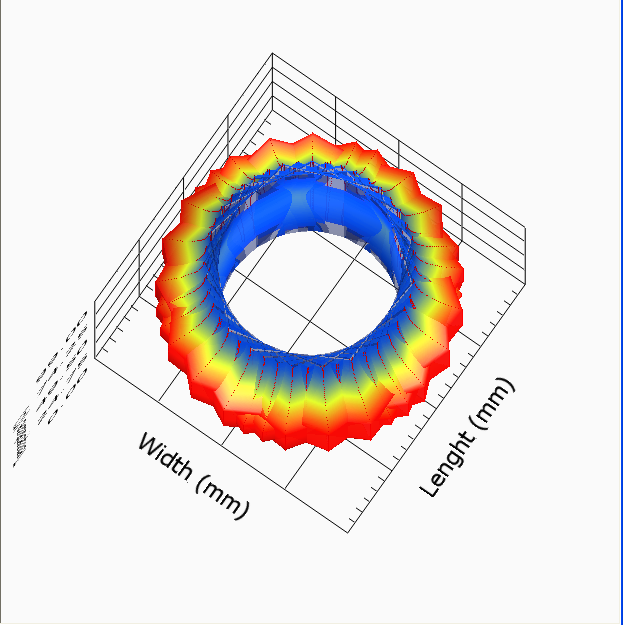 Abstract:
Radiofrequency ablation (RFA) is a nonsurgical medical procedure used for treatment of cardiac disorders such as arrhythmia or destruction of cancerous tumors in lung, kidney, breast, liver or any other dysfunctional tissue diseases. RFA is also used for treatment of varicose veins, severe chronic pain (such as lower back) as well as many others medical uses. Theoretical modeling of biological tissue using computer simulation tools can be very helpful in providing vital information on the electrical and thermal characteristics of the tissue in order to determine a proper treatment for individual patients. The Electrical and Thermal Characteristic of Biological Tissue Modeling (ETCBM) program provides a visual three-dimensional (3-D) and numerical representation used to determine the temperature distribution and electrical property of various types of tissues. This tool uses the minimum amount of RF energy required for the procedure; thereby resulting in the safest possible ablation treatment. The ETCBM program is easy to use and manufacture, and has great marketing potential since it can be used by doctors, scientists or medical research facilities such as universities. Similar products in the market have limited capabilities and are very expensive (often priced per seat and out of reach for many research teams). Figure 1, depicts a simulated ablation setting for a 3cm diameter circumferential lesion created on cardiac tissue with 500KHz RF at an energy level of 2000 joules and Bio-Heat equation algorithm. Figures 2 and 3 represent the actual lesion created using a standard RF generator with the above settings and the 3-D simulated graph respectively.

A simple and intuitive graphical programming allows the user to program and set the ablation algorithm/parameters such as tissue and lesion type, applied RF energy, frequency, target temperature, effective blood flow rate, lesion length, width and depth. The user can also monitor ablation parameters such as tissue temperature, impedance, RF voltage and current density, plus visualize the real-time 3-D view of the ablation procedure in progress. The ablation data can be saved for further analysis and post processing.