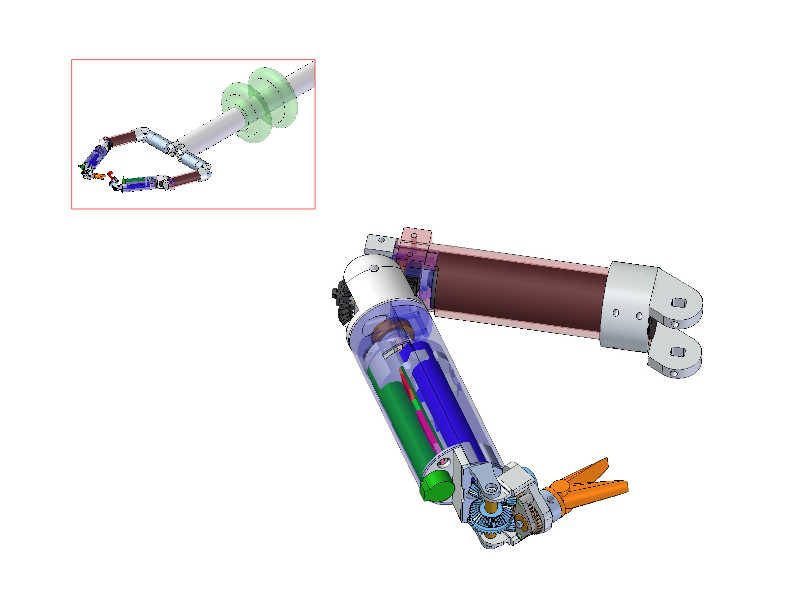 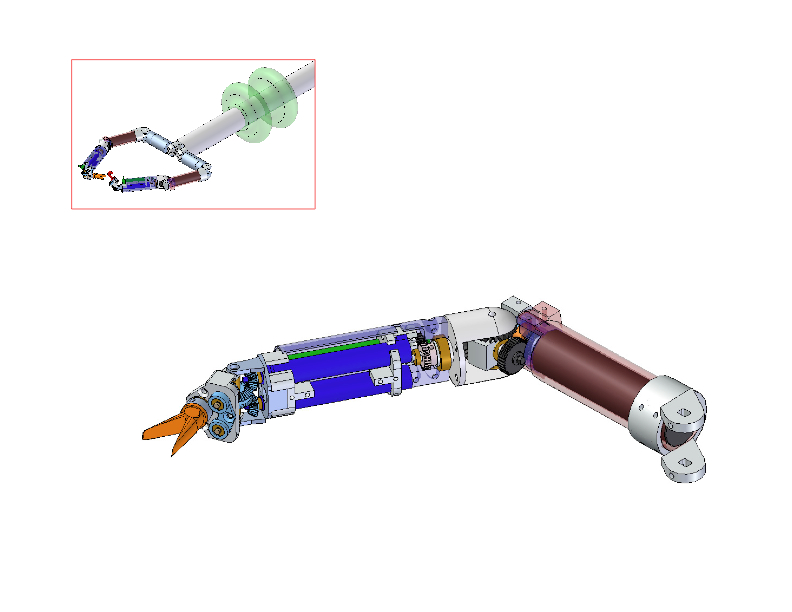 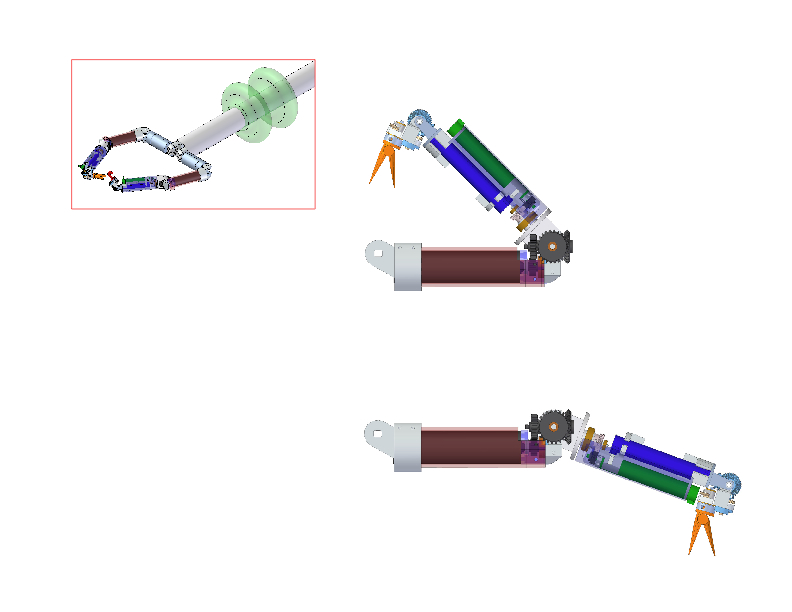 Robotic surgery is showing many disruptive advantages for several surgical procedures and is marking the steps for the future of minimally invasive surgery, especially in laparoscopy (e.g. the daVinci system from Intuitive Surgical).

These robots use cable-driven mechanism to actuate long straight tools having a wrist with 3 degrees of freedom (DOFs,) while the other DOFs needed for performing surgical operations are provided by the external robotic arms. Each tool is inserted at a convenient location. However, the trend in surgical robotics is to reduce the trauma produced by introducing instruments inside the abdominal cavity, using a single port in a natural access point: the navel.

When only one insertion point is available, the use of external actuation can be very limited. The workspace of each arm is constrained to the insertion tube, and a straight tool with a 3DOFs wrist would not be suitable.

For this reason, we designed a miniature bimanual robotic system with on-board actuation that can be used for Single Port Laparoscopy. The system has two arms, left and right, which can be introduced and removed separately through guiding rails in an insertion tube. The arm maximum diameter is 18mm, but after the insertion the arm is rotated outward and the central tube remains mostly free. Thanks to this design, space is left for the insertion of a stereoscopic actuated camera and classical endoscopic tools. The advantages of using on-bard actuation respect to continuous miniature manipulators or cable-driven systems are the higher stiffness respect to lateral forces, a wider workspace and possibility of force feedback by the motor currents.

Each arm has an anthropomorphic structure with 7 actuated DOFs (arm motion plus the gripper). The shoulder, the articulation that requires more power, is cable-driven by external motors (2 DOFs). Elbow and wrist are actuated by on-board brushless motors. The pictures proposed here focus on this part of the robotic platform. The use of miniature brushless motors in dental applications represents an important enabling technology that pushes forward in the direction of small, powerful and sterilizable motors for health applications, and we believe that this trend will revolution many surgical tools in the future.

The wrist of our robotic arm is actuated by 3 brushless motors of 6mm in diameter, disposed parallel to the forearm axis. Two motors (blue in the figure) are directed toward the tooltip and actuate a differential gear mechanism that gives the tool roll and pitch motions. Another motor (green) heads toward the elbow and actuates the first roll of the wrist by means of a spur-gear coupling.

The elbow is actuated by a 12mm brushless motor, and is designed to allow a wide range of motion of the joint, as shown in the third picture by a cutaway view.

The system has been designed to provide speed equal or higher to the surgeon hands, a force of at least 5N in every direction and a gripping force of 20N. Tests on a first prototype demonstrated matching these performances in master-slave operations.