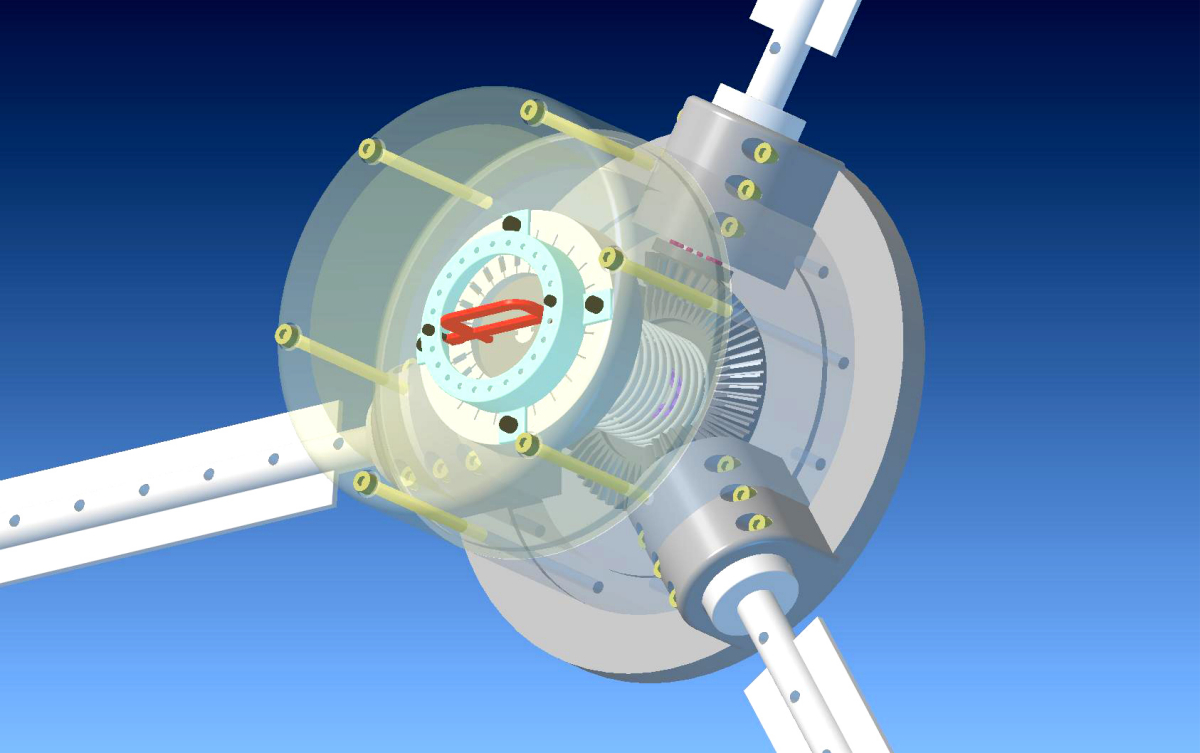 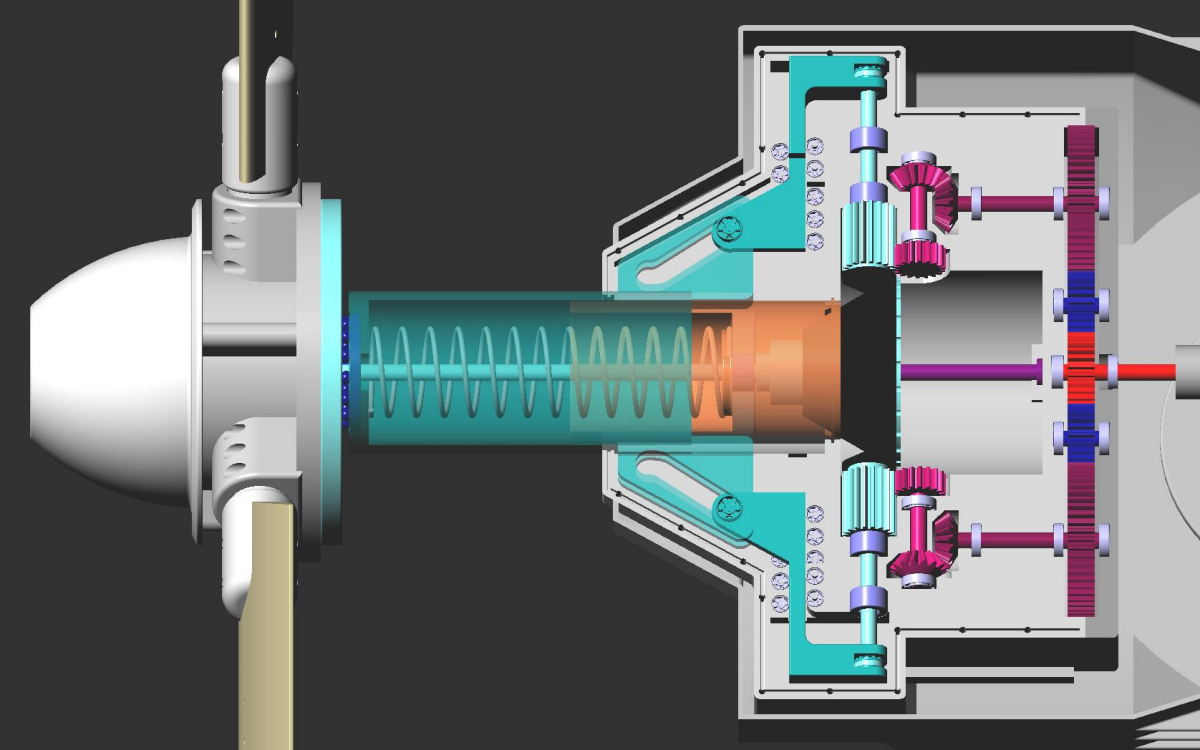 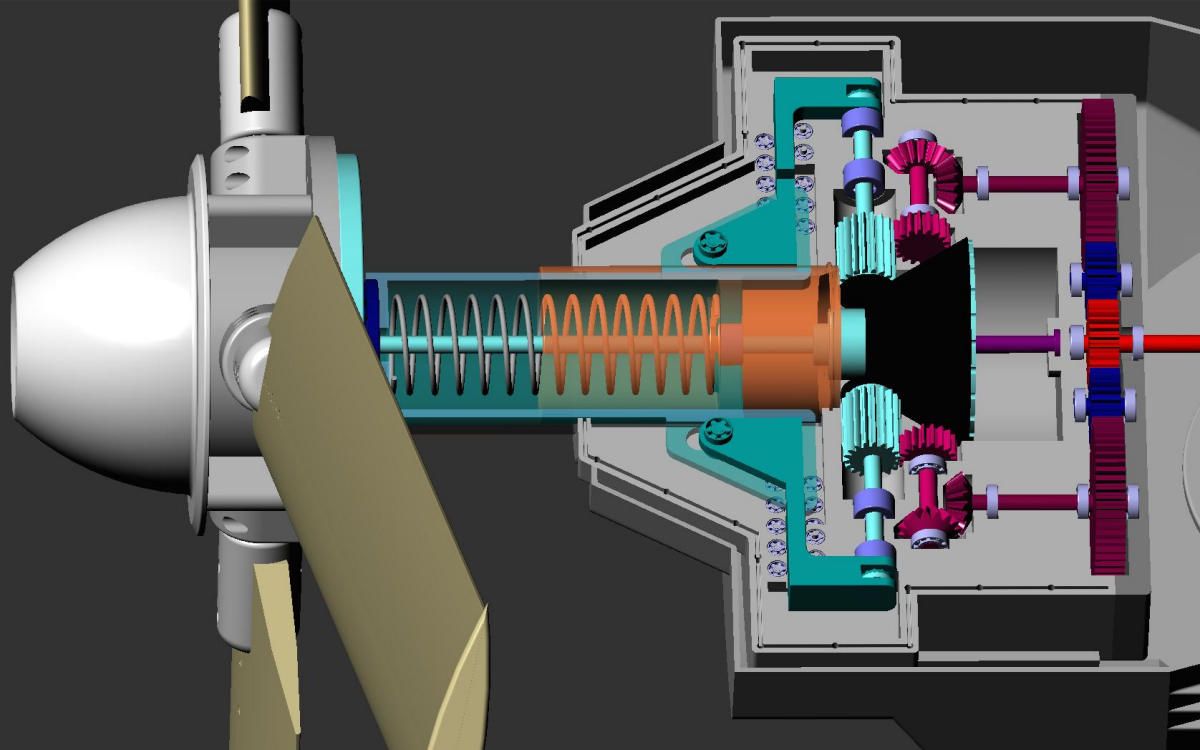 This invention relates to a variable pitch hub for propeller-blades in order to maximize efficiency and output in terms of rotational speed and torque to a wind power driven generator, maximize strong wind survivability for propeller, generator and support-tower, as well as a speed regulating gear. Both the variable pitch hub as well as the speed regulating gear can be used separately or combined to achieve higher efficiency of harvesting the available wind power.
In both cases, the mechanisms to change the blade pitch, as well as the gear-ratio change, are not achieved through sensors and separate machinery, but simply through the forces of wind pressure exerted on the blades and/or the rotating disc, and controlled solely by mechanical means through torsion and pressure devices such as torsion springs/bars and pre-tensioned helical springs.
The blade-pitch is distributed evenly to all blades by means of a bevel gear, in order to prevent flutter and uneven blade-load. Also included in the hub design is a feature to lock the blades when the feathering reaches 90% in extreme winds (for example during hurricanes), so that the turbine acts as weather-vane, and thus is protected from destruction.
The gear is based on a conical shaped, in horizontal axis advancing/retracting main gear with satellite gears driving the output-shaft. The gear ratio is practically infinite, and in conjunction with the feathering hub able to provide a constant speed on the output-shaft to the generator.
The reaction time to different situations as given by the ever changing wind-speed is thus immediate and lacks the lag-time of sensor and electromechanical or hydraulic driven mechanisms. Additional advantages are given due to the simplicity, durability, ease of maintenance and last but not least the cost-factor.
The cost factor as well as the lack of system complexity is important, especially in the "small" to "medium" wind generator category, where the servo driven mechanisms to improve efficiency and survivability used by utility scale turbines, could not be implemented without penalty.
The described invention(s) - system will allow a much wider operational envelope and windspeed survivability than existing techniques used in the 10 to 100kWh range of wind- power generators with either furling or stalling or bending blades to overcome not supportable strain on all components of such devices.
While testing and blade element analysis have been done with a variety of standard blades, both symmetrical and asymmetrical known profile designs,with good results, I am currently testing a new blade specifically designed to bring maximised results in combination with the devices presented here.