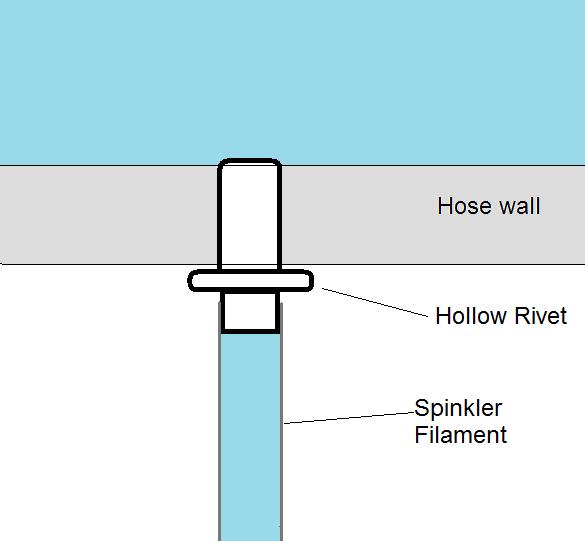 For large farms, current irrigation technologies are limited to two options: large sprinklers or drip irrigation systems. Each option comes with a set of problems. Drip irrigation requires tubes to be spread on or under the ground. The tubes can get plugged, become damaged by, plant roots, farm equipment and even animals. They are also cumbersome to deal with during harvest and planting seasons.

Large sprinkler systems usually employ an elevated water pipe with multiple sprinklers attached to it. The sprinkler system has multiple sections each with a pipe, and a set of wheels. The whole system rotates around a base as a complete unit. It provides water to an entire field by way of spraying the water into the air for the plants to absorb. The problem with the center pivot sprinkler approach is that as little as 15-20% of the water will actually reach the plant because of evaporation. Modifications have been made to move sprinkler heads lower to the crops, but the basic problem remains... massive evaporation.

The "curtain" would consist of a hose attached to the sprinkler head opening. The hose would be fitted with special "hollow rivets." The hollow rivet would penetrate the wall of the hose and seal it, but it would also allow water to pass through the rivet. The "head" of the rivet would have a small neck on it. Attached to the neck would be a hollow filament similar to the hollow plastic fibers used in clothing today but larger and about the size of 50lb mono-filament fishing line.

The water would pressurize the hose and then flow out the hollow filaments. The design of the curtain would allow for easy replacement of the filament and easy adjustments to height. Once the curtain was in place, the filaments would effectively drench whatever they touched or passed over with water. The filaments would float harmlessly over top of crops and drop down between rows, in between leaves, etc. providing a natural rain type coverage.