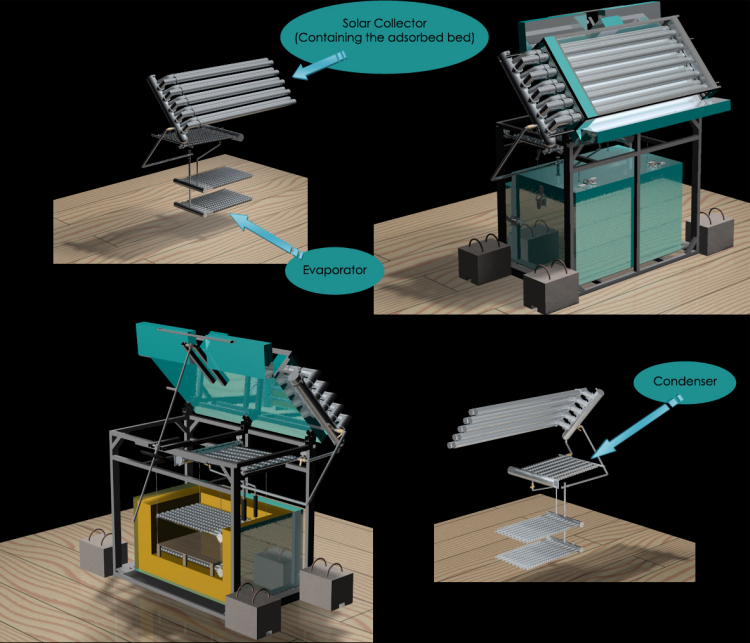 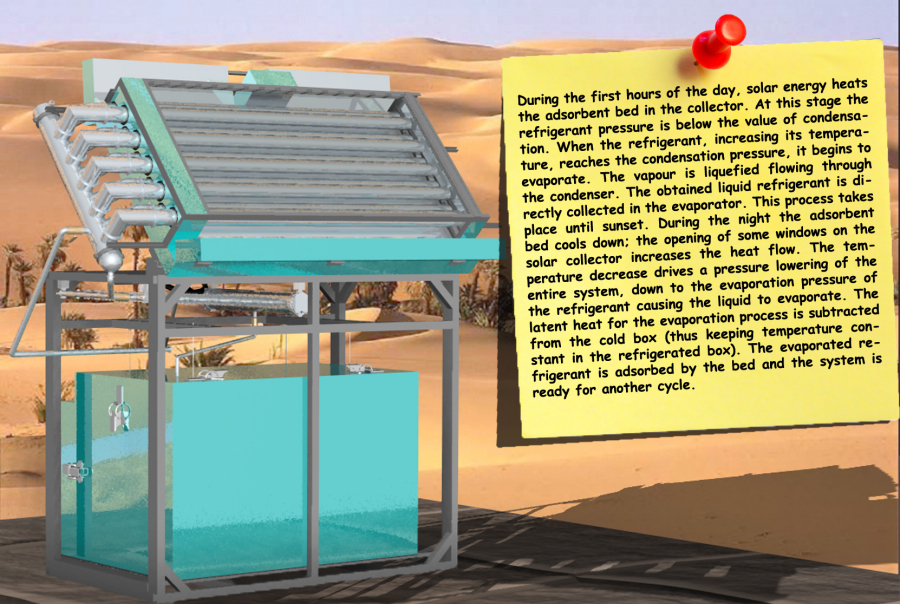 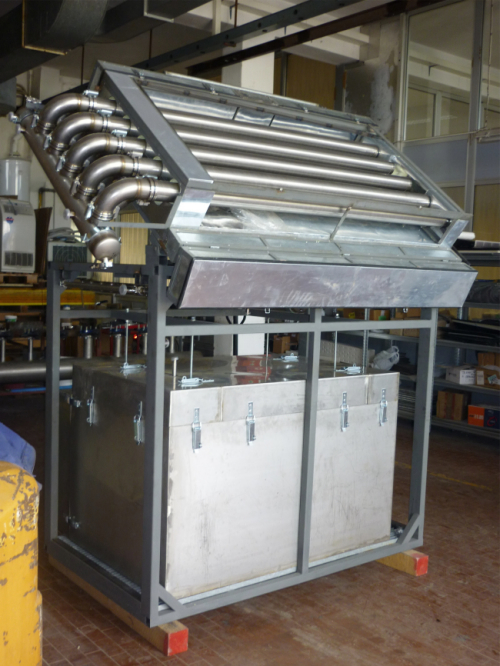 The project consists of a solar adsorption ice maker for vaccines storage in remote areas of Third World countries. The use of these machines does not need any human presence and electricity. The system is completely independent and meets the standards set by the World Health Organization. These standards were identified during the vaccination campaign against measles to reduce child deaths from 2001 to 2005.
Strategies for immunization should take into account the possibility of ensuring the vaccines preservation at a temperature between 2°C and 8°C until their final use in the territory.
At present common refrigeration machines consist of a vapour compression system driven by an electric motor; in most cases the functionality of the cold chain is interrupted after the transport because electrical energy distribution is not always available everywhere in many third world countries. So the absence of a continuous refrigerated box in the dosing place constrains to use immediately the vaccines.
To overcome this problem, this project proposes the use solar energy for refrigeration by adsorption machines. The operation of these units is based on the capability of some solids to capture gas molecules on their surface. These substances are called adsorbents (usually zeolites or activated carbons) and the adsorbed compound is the refrigerant (usually water or methanol).
The possibility of regenerating the adsorbent through heating allows to use this property in a energy conversion and storage system.
Ice maker adsorption systems are operated intermittently in order to produce ice without using electricity. the choice of producing ice by solar energy is driven by the opportunity this technology gives of not only refrigerating a cell, but also creating a cold storage in terms of latent heat.
The development of these systems is interesting for areas where high solar radiation and low night temperature coexist. This environmental behaviour, typical of subtropical and desert climates, exists in many areas of Third World countries, poor of electricity distribution networks.
The cost of such plants, with a proper optimization of the components may be very low and the absolute absence of operating and maintenance costs makes them very suitable for remote areas.
The elements of an ice maker are a solar collector containing the adsorbent bed, a condenser and an evaporator. These components are in series connected as shown in figures.
This kind of machine is classified as a unit with intermittent operation because the cycle is linked to the daily solar radiation.
Every 24 hours the facility backs to the initial conditions and it is ready to perform a new cycle.
Some details on the different functioning steps are given in figures.